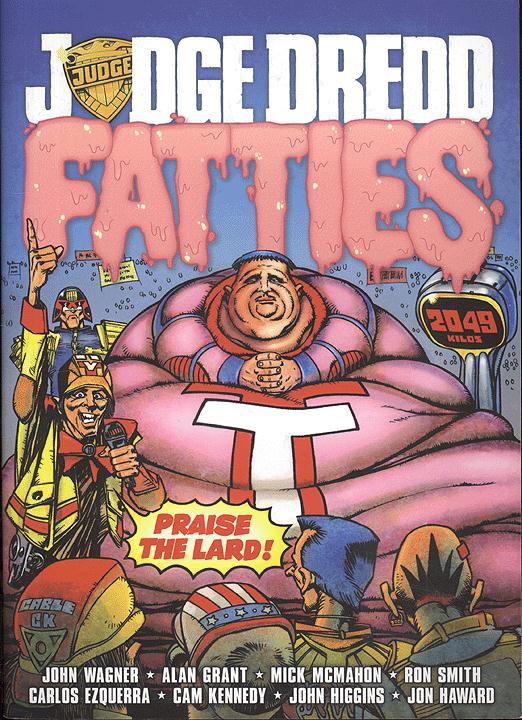 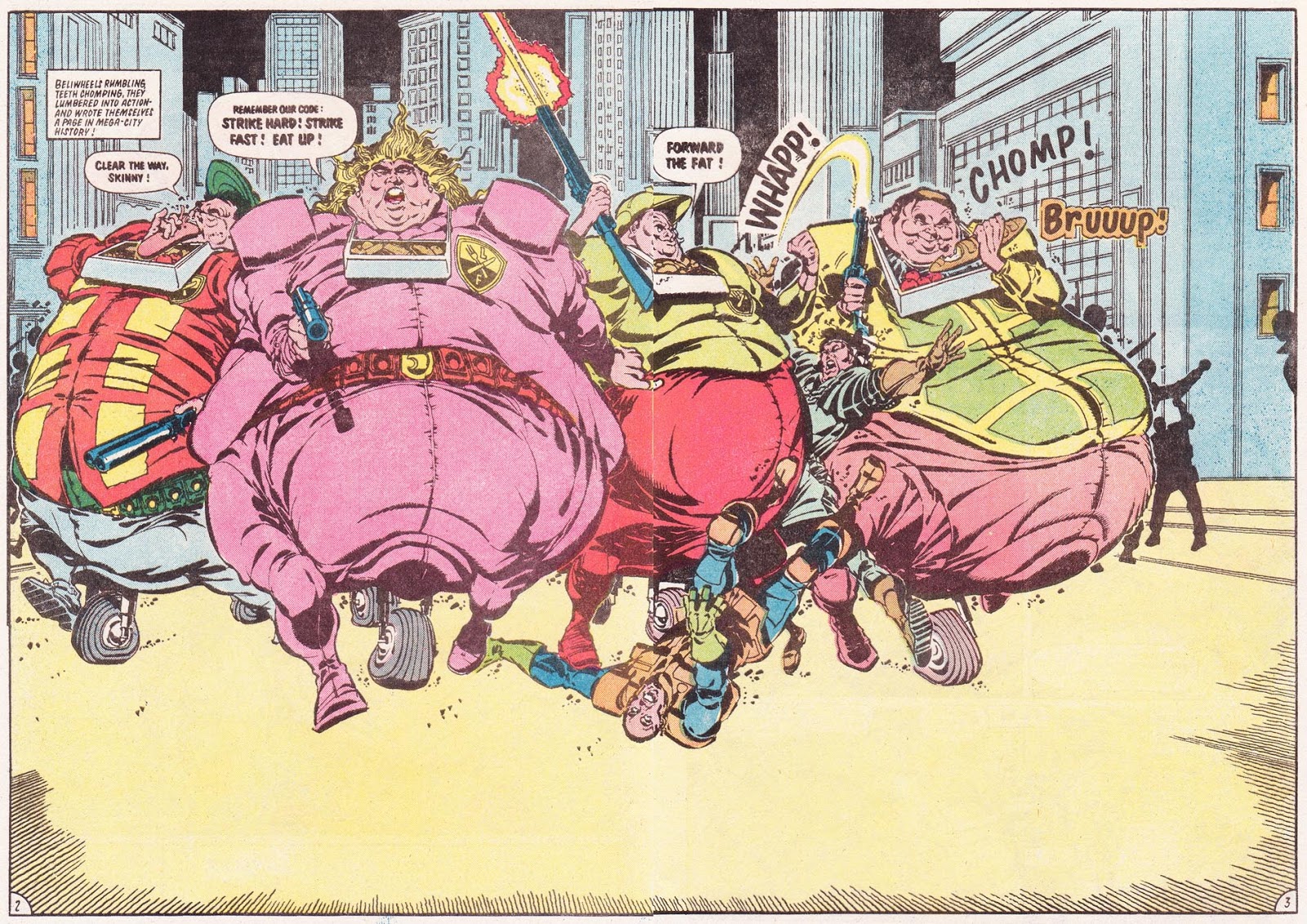 Let’s deal with the potentially controversial aspect first. The Fatties in Judge Dredd stories are shown to be grossly obese, so huge that they require a belly wheel to support their guts. It’s a condition it’s shown they’ve brought on themselves via extreme gluttony, taking part in competitions where the object is to win by eating vast and frankly impossible amounts of food, or anything else, in ridiculous ways. If this falls into your definition of fat shaming then this isn’t the graphic novel for you. The title probably gave that away.

The Fatties first appeared after the Apocalypse War, John Wagner and Alan Grant playing them for laughs as per Ron Smith’s sparkling spread, having the overweight hanging around begging for food from citizens just allocated survival rations. They eventually turn to crime and receive their just desserts. It’s their second appearance in which the idea of competition is introduced, the Mega-City Fats title at stake, which is a slimmer story, but with some magnificent Mike McMahon art.

Carlos Ezquerra squeezes in four chapters of ‘Requiem for a Heavyweight’ opening with the magnificently preposterous image of Pudge Dempsey’s corpse with a bedstead lodged in his abdomen via the mouth. Turns out he’d been another contender for eating contests using illegal appetite inducers. It’s the funniest story in the book because Wagner, Grant and Ezquerra play it completely straight, the only exaggeration being the size of the fatties. We see Pudge’s past as Dredd searches for his killer. Ezquerra also draws ‘The Eat of the Night’, Wagner and Grant now giving us the full American football style razzamatazz of an eating contest complete with overweight cheerleaders and preposterous eating-related team tasks. The Judges are there to prevent an assassination, but that’s just small potatoes as Wagner and Grant’s priority is the hilarity of fatties competing to eat a mo-pad.

For Cam Kennedy’s contribution Wagner takes a look at how Fat Camp has changed in Mega-City One, with an incredulous fat coach explaining how in the old days children went there to lose weight. A couple of thin kids are reluctant attendees, one of them having an amazing talent that sets things flowing. It’s also solo Wagner for the John Higgins-drawn Christmas tragedy of Roly O’Poly’s love for Jelliette Corpulet, while Jon Haward gets a story feeding in Britain’s Fathers for Justice organisation and news reports of social workers removing corpulent children from families. Haward’s art is fine other than not quite supplying the full on excess of his predecessors. To cut him some slack, the story was produced in 2010, when some people were beginning to question whether the use of the fatties was appropriate.

The hilarity level is set high in a collection presenting some of the great Dredd artists, Grant and Wagner, then Wagner solo constantly coming up with inventive new wrinkles on eating contests or dubious weight gain substances. You can imagine Grant and Wagner chewing the fat and laughing as they came up with the great names used. Discover them for yourself, but Manky Colon takes some beating. This isn’t the full selection of Fatties stories, the Kennedy piece referencing a couple missed out, but for the funny side of Dredd there can’t be many better collections. 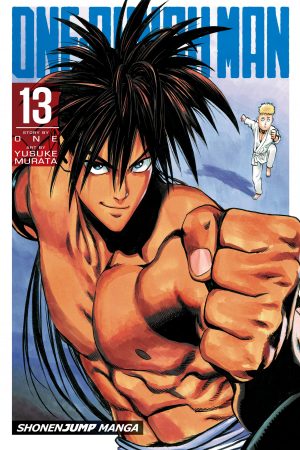 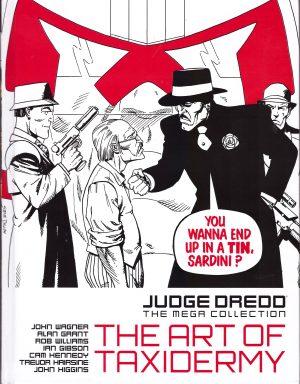