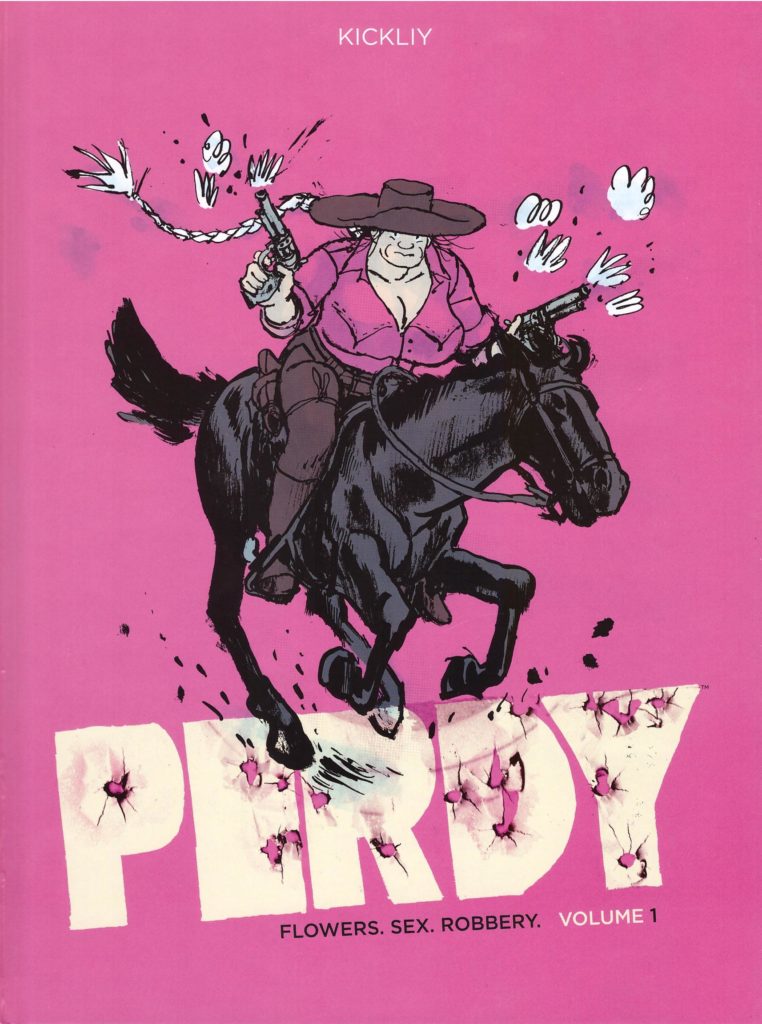 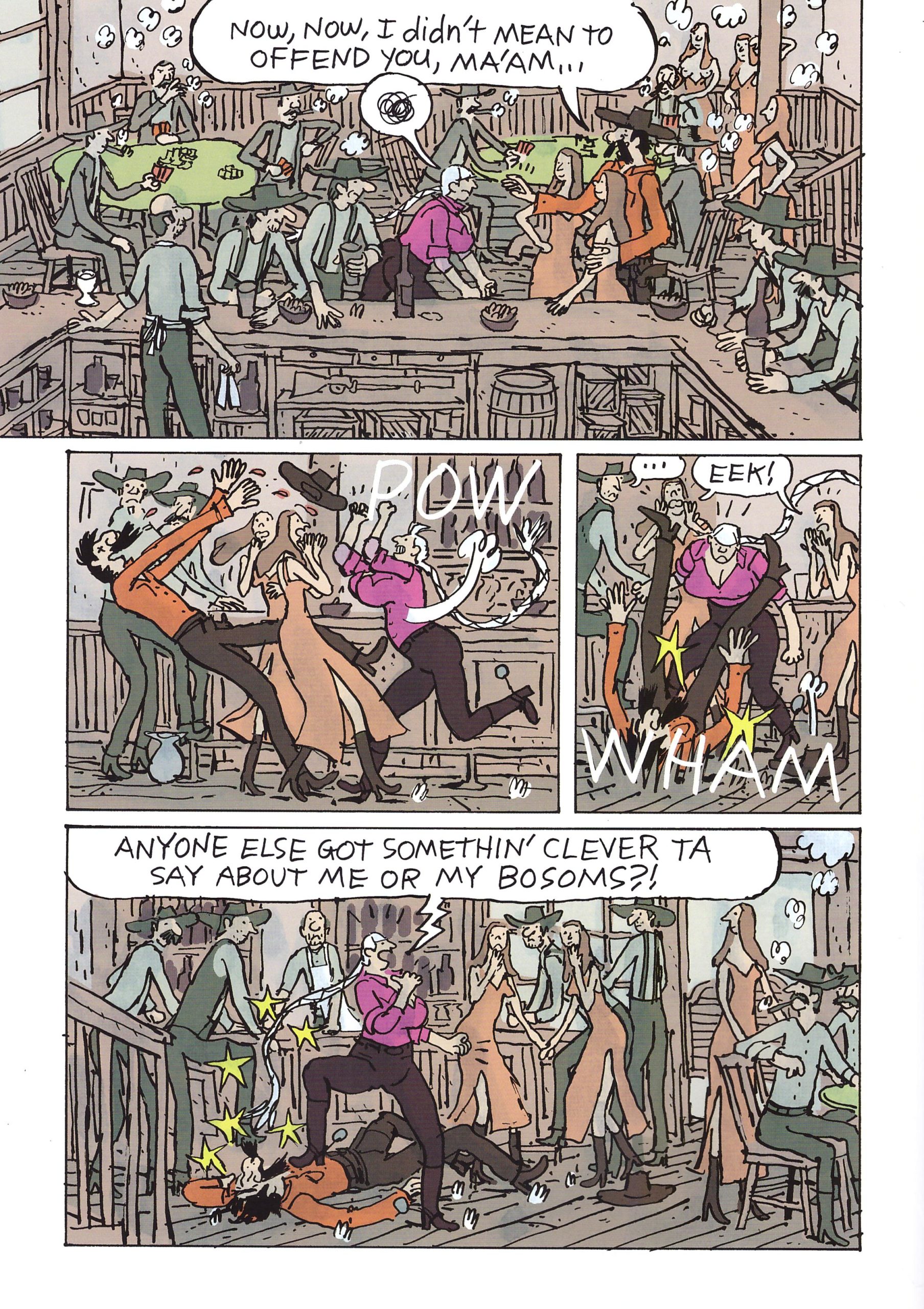 From the starting scene of a chunky, homely, coarse woman leaving prison to everyone’s disappointment, Perdy is a comedy western that constantly confounds expectation. Perdy is a woman with substantial appetites and little concern for societal niceties, well able to back up her intimidating personality. She’s on a mission to make up for the time she’s lost in jail by finding the loot she stashed beforehand.

Because the Western genre has been around for so long that it’s now on its last asthmatic, bullet-riddled wheezes, the surprise is that creator Kickliy manages to twist something relatively original from the near corpse. He works with variations on archetypes. In the more traditional form Perdy would be a man, here she’s the way Calamity Jane really was, more the version from Deadwood than Doris Day. If she had blonde hair, Perdy’s refined counterpart, the flower seller Rose might be Doris Day, but like so much about Kickliy’s story, Rose has secrets also. Another reason Doris Day wouldn’t be entirely out of place is because from the opening scene Perdy has the feel of a musical, with all behaviour exaggerated, and the townsmen of Plainsville providing a viable chorus. That’s reinforced by long scenes set in a single environment, a fourteen page comedy dining sequence an example, but any thoughts of overstaging are redeemed by the art. An expressive form of cartooning applies throughout, a wonderful looseness about it creating visions of Kickliy’s hand scribbling the details rapidly across the pages. That looseness, Perdy herself being a whirlwind of motion for much of the book, and the copious use of sound effects supply a fast paced energy.

Perdy looks and reads like a European graphic novel, with the creator’s alias feeding that thought, but as no translator is credited, it seems English is Kickliy’s first language, which accounts for the wonderful invention of Perdy’s vulgar phrases. They’re far from the only funny aspect of what’s actually a warm-hearted story despite the swearing and killing. It’s as if Kickliy was influenced by Paint Your Wagon at an early age and has wanted to bring its sensibilities to comics ever since. The result is hilarious, and the only disappointment the bittersweet final page revelation that Perdy isn’t complete in one volume, but to be continued. Maybe in Blackjack. Orgasms. Lace. we’ll discover just what happened to the previous doctor.