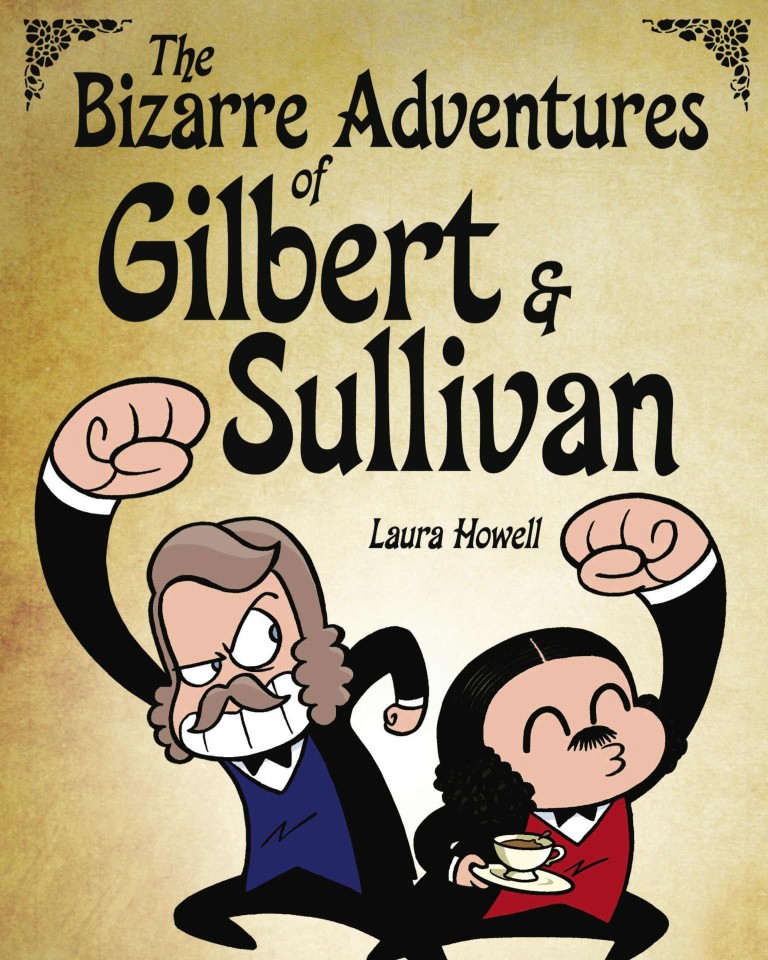 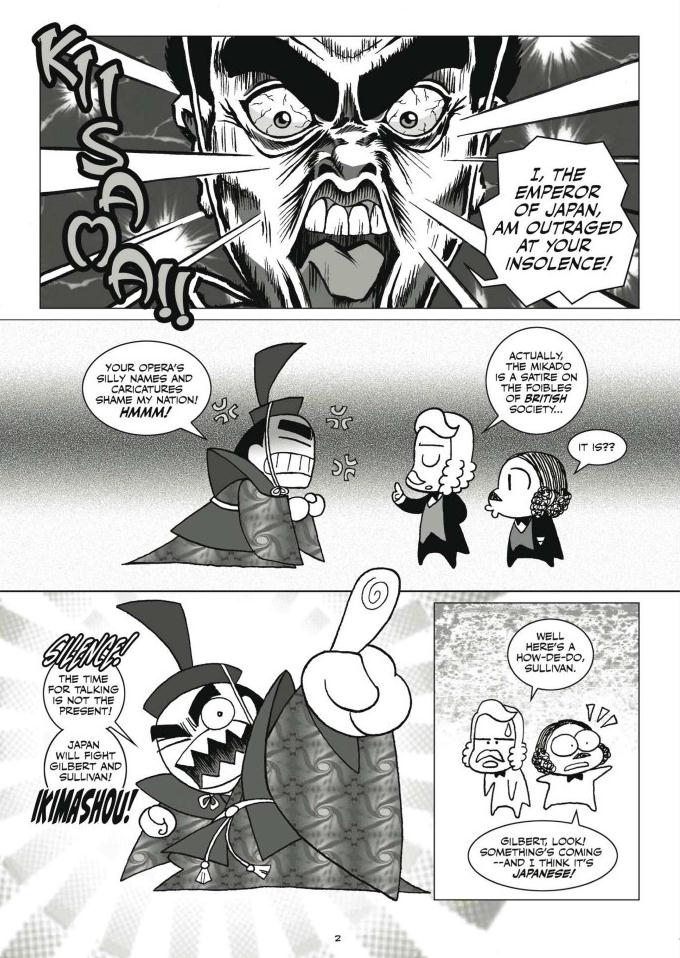 Anyone remember Leonard Sachs? The Bizarre Adventures of Gilbert & Sullivan is a graphic novel calling out for an introduction by him. It lives up to the title, with Laura Howell running rampant through a whimsical Victorian era where pretty much anything can happen. A Japanese Emperor enraged by the Mikado’s broad caricatures and national stereotypes unleashes a giant robot and Godzilla on London. Oscar Wilde finds a perfume making him irresistible to all men. Louis Pasteur’s chemical tinkering results in a vicar-embarrassing monstrosity and Jack the Ripper is revealed as… Well, we wouldn’t want to give everything away.

It says something that as of the 2015 publication Howell was still the only woman to have worked on Britain’s longest running humour comic The Beano, and she’d been contributing for ten years. However, it discloses more than a possibly poor attitude, as standards and training on The Beano are high, which speaks to Howell’s talent. It’s vast. She’s really imaginative in interpreting a scene, puts some amazing expressions on Gilbert and Sullivan’s faces, and delivers some constructions that achieve the unusual combination of being both hilarious and disturbing. That’s before considering the writing, which is wonderful pantomime farce, with erudite intrusions, reducing Gilbert and Sullivan to Tom and Jerry style combative constructs, unconcerned about letting the other down should it serve their interests. Howell has further fun with other august personages of the era, the threat of Queen Victoria maybe a little too Blackadder, but hilarious with it, and if there’s one thing capable of uniting Gilbert and Sullivan it’s the sight of some uppity foreign composer intruding in their patch. Wagner, Verdi, Schubert, and Offenbach are all faced down, even it means Howell has to play fast and loose with history.

A good selection of guest pin-ups end the book, including a one page strip from renowned Master of Mirth, Sir Hunt Emerson.