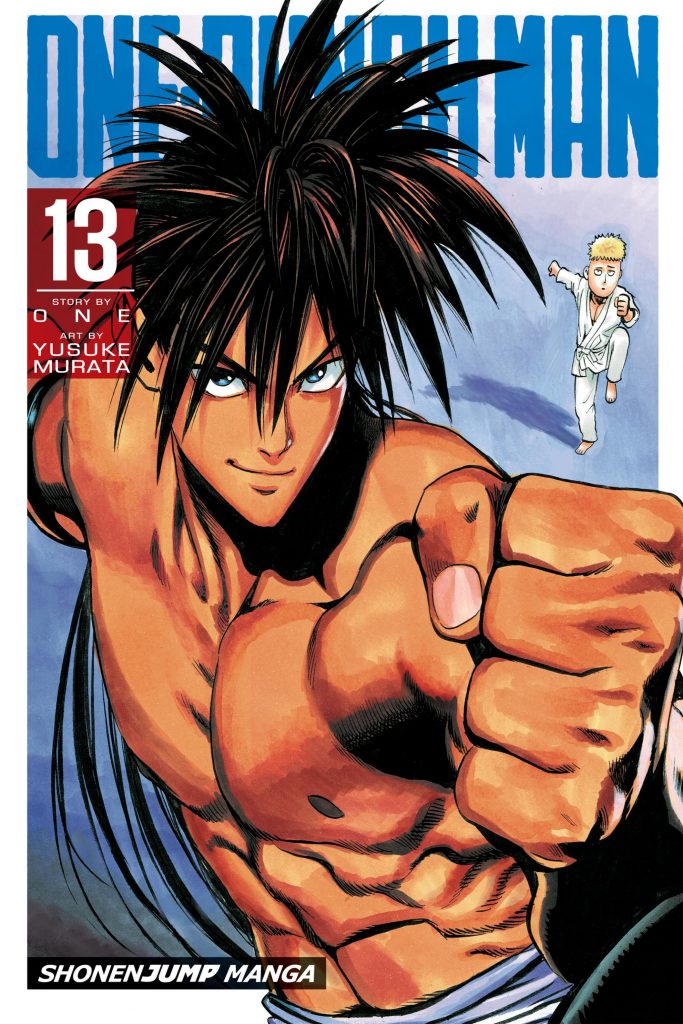 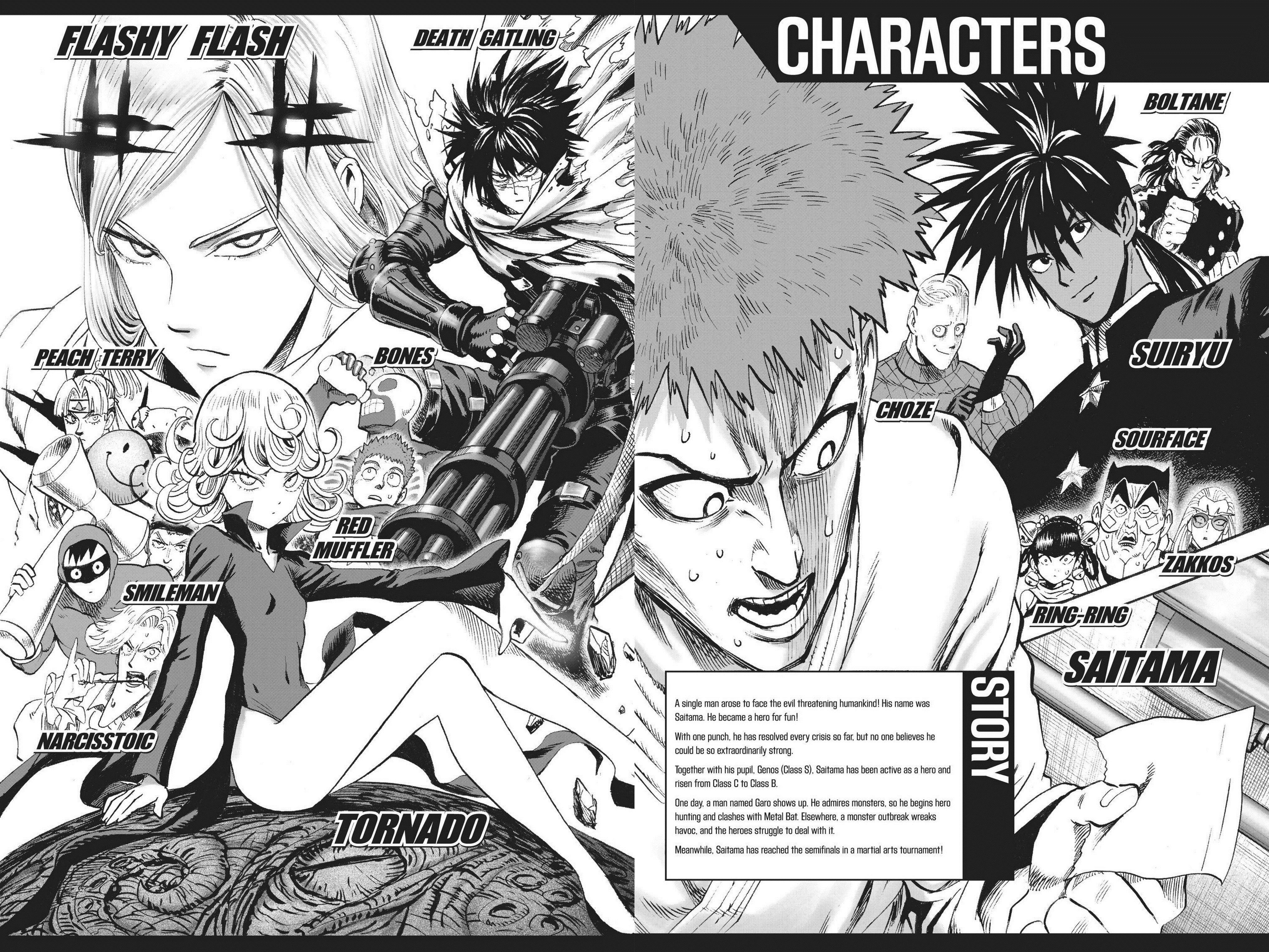 A joy of any One-Punch Man volume is the constant parade of imaginatively nutty super powered characters writer One and artist Yusuke Murata introduce. Most first appear on the title spread, where Murata illustrates characters new and old who are prominent throughout the book. When it comes to the amazing names One gives his characters, John Werry’s astute translations are important in conveying both the eccentricity and excellence of those names. Who wouldn’t be enticed just on seeing the names Death Gatling or Narcisstoic, and Murata’s designs just increase the anticipation. Look at that sample illustration. It swerves from the odd to the surreally sinister. Perhaps Murata’s best there is Choze. Who the hell is he, and why does he have that black rubber glove and strange expression? One’s imagination is so great that even the lesser heroes over that spread are fantastic when they stand revealed over the subsequent pages. Bones has a Mexican wrestler look going for him, which if not commonplace, is hardly unique, but he’s milk powered. The more milk he drinks, the greater the density of his bones, and fortunately a milk truck has crashed just before he takes on a monster.

Thirteen volumes in, One must have absolute faith in his ability to constantly turn out new characters, and so has very little sentimentality about any of them. A few are around for the long term, but most are there as cannon fodder, sent to an untimely and often very funny end. The comedy timing is perfect, with Bones an unfortunate casualty in the opening chapter.

One has three plots on the go, and while we drop in on the plague of monsters affecting the various cities, this time he concludes Saitama’s participation at the martial arts contest. Saitama is masquerading as someone else, disguising himself with a preposterous wig, and the final bout is a wonderfully delivered farcical sequence. The near invincible Suiryu believes he’s toying with Saitama, when in fact Saitama’s greatest concern is keeping the wig on.

Established as the number one top dog superhero is Handsome Kamen, who combines his hero career with film roles and music. What’s he been doing since the Monster Association launched their attack? It answers a question readers may have had, but it’s a going through the motions bonus story. That doesn’t matter. It’s only a few pages concluding a first rate volume. The Depths of Despair is next. 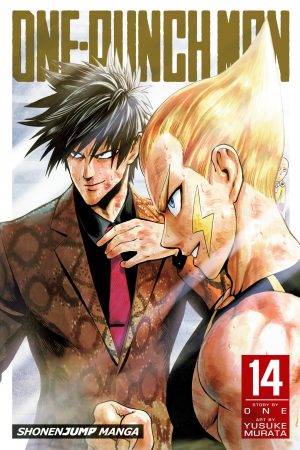 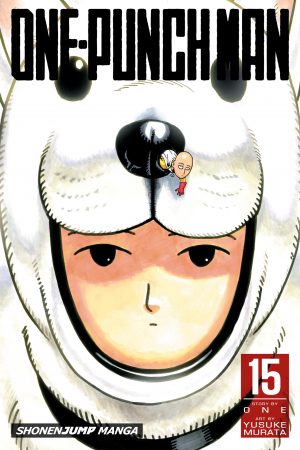 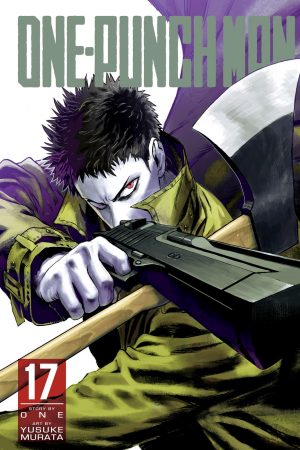 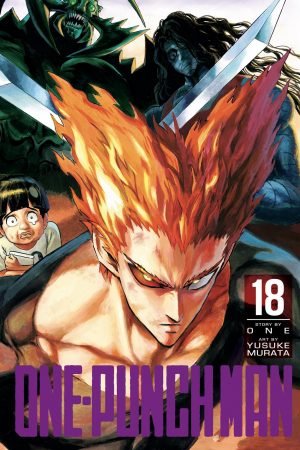