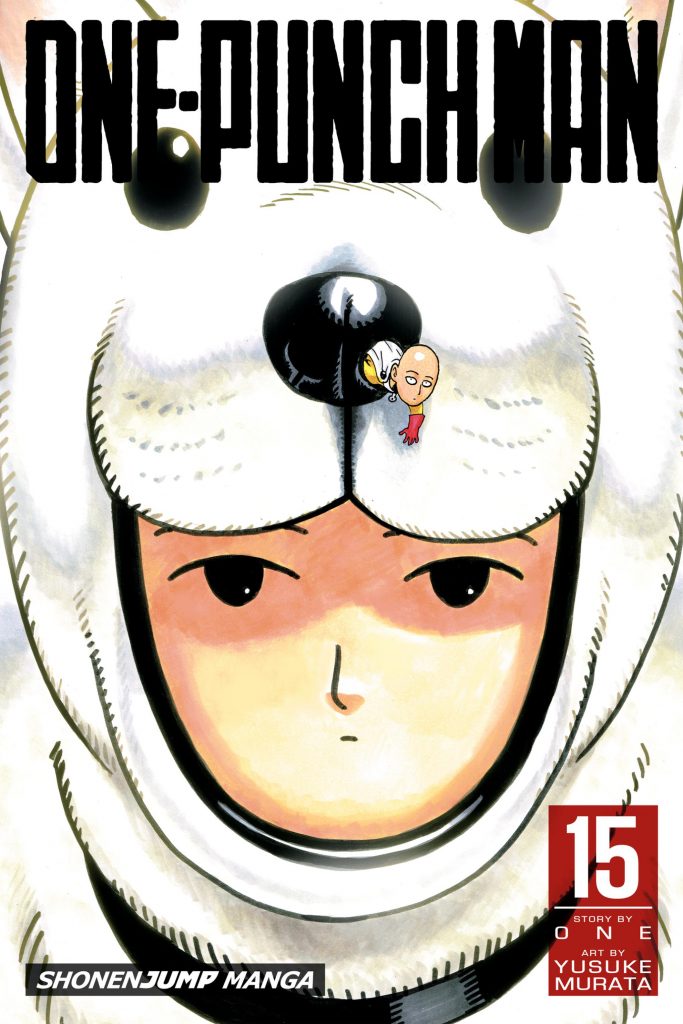 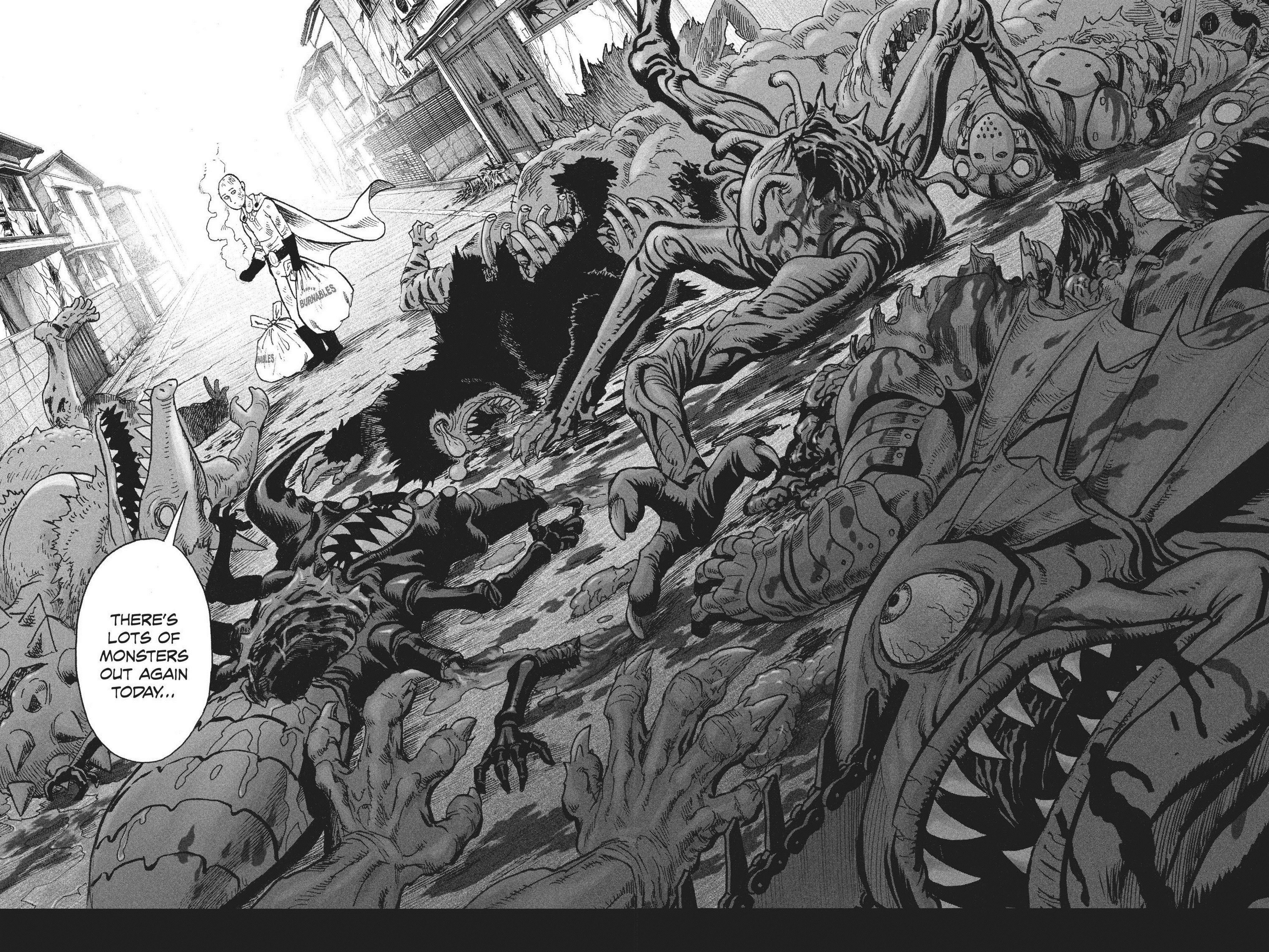 Over the previous five volumes of One-Punch Man the monsters generated by the Monster King have pretty well run riot. Almost entire cities have been destroyed, and tolls have been taken on even the most powerful members of the Hero Association. Crucially, during all this Saitama has been otherwise occupied with a martial arts tournament, and it’s only at the end of 14 that he learned what’s been happening in the outside world. Incredibly the previous four volumes occurred within the space of four hours.

Ordinarily just setting Saitama loose on the monsters would solve the problem, but writer One has a new way around that. Saitama is feeling out of sorts. He’s spent the series looking to progress, but the emptiness inside him is never sated by what he feels are hollow victories, never mind how much they’ve benefited people and saved lives. During the martial arts tournament in previous volumes One has been toying with the idea of heroic fulfilment, and there’s a great use of King in what could be read as a parody sequence, but also holds some truths. It’s clever writing, as is Saitama meeting Garo the hero hunter at the chapter’s end.

A perverse joy is a common mood One generates, and there are some gems of misdirection over a volume that’s in essence a stocktaking exercise. The Monster Association has temporarily withdrawn from the surface, although not without hostages, and Garo has a lot of thinking to do, but may no longer have the time to do it. This may also be the first volume of One-Punch Man where Yusuke Murata has to design fewer than five new characters. For a man sometimes having to come up with dozens over five chapters, that’s a walk in the park.

One and Murata have introduced so many heroes, villains and monsters over the series, each accompanied by their class and ranking, that some readers may be compiling their own lists for posting online. To aid in the process a bonus story explains exactly how the categorisation works, and how some unscrupulous types might manipulate the classifications, along with some great ridiculous monsters and Saitama trying to bake a potato. A second bonus is even more trivial, but continues a minor theme from the first.

One-Punch Man always has a joyous energy and great art, but while few individual volumes even dip to average, it is an inconsistent series, so some caution is only advisable. This however, is high up there, featuring several laugh out loud moments. The thrills continue in Depleted.