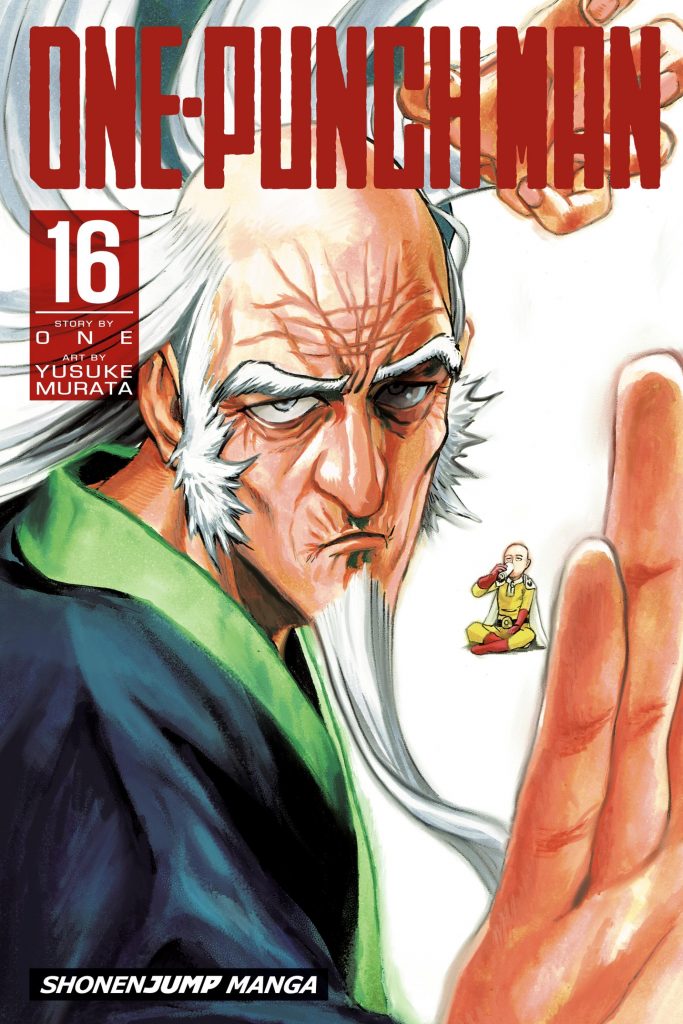 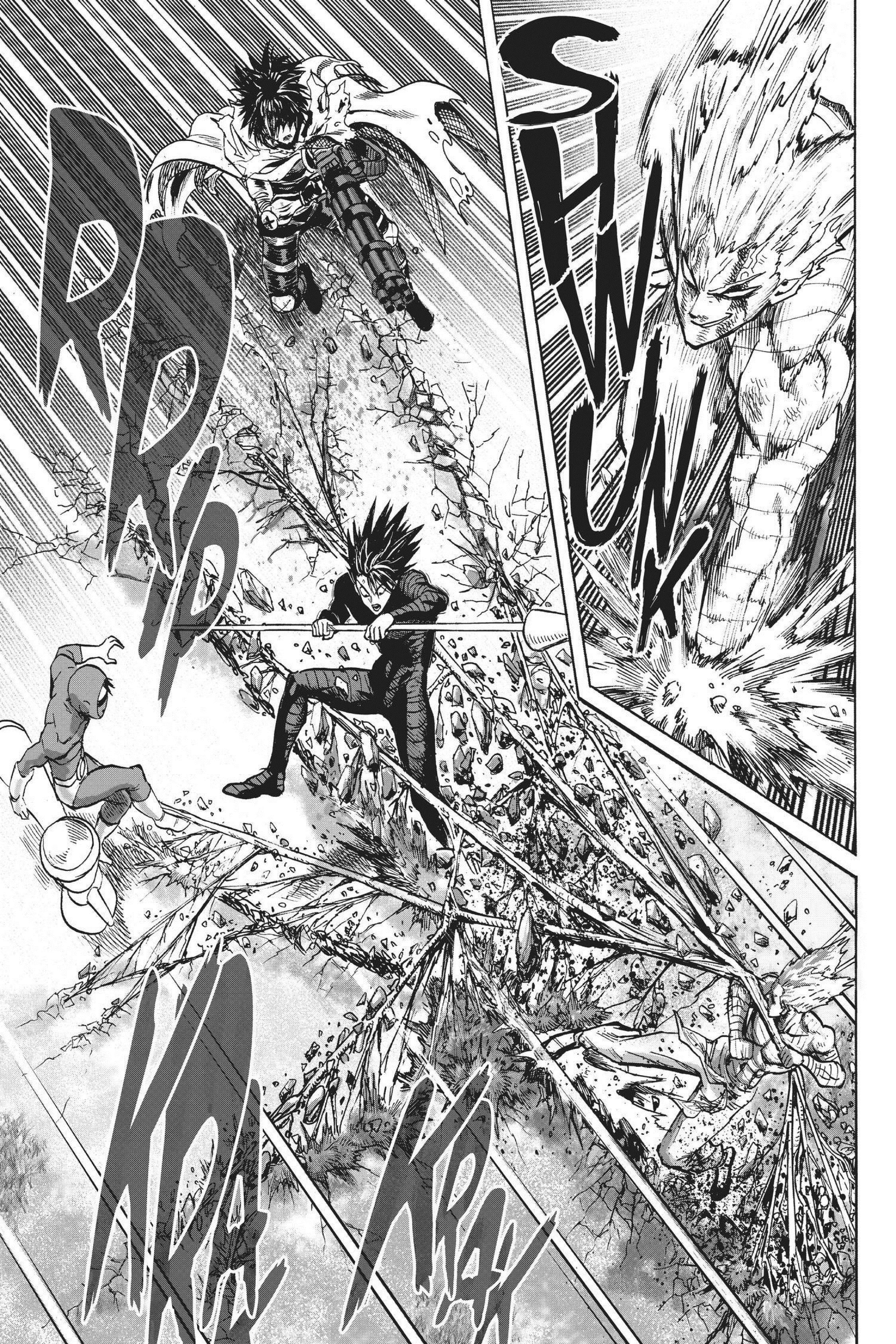 When we last left Garo the hero hunter in Monster King Orocohi, his strength was depleted and he was hiding in a shack surrounded by eight heroes. It didn’t look good, but he’s nothing if not resourceful, and the resulting battle occupies over half the book. It’s spectacularly drawn by Yusuke Murata, but he really comes into his own with the subsequent sequence featuring Genos. And where’s Saitama during all this? Indulging in his favourite pastime, playing video games with King. We don’t see him until page 130 and then only for a few pages.

This is a frustrating volume, not just because it’s almost non-stop action from beginning to end, but because that action never reaches a conclusion. Two hundred pages on we’ve seen a number of heroes tackling the threat, but the threat remains, and no matter how well Murata’s illustrations strike there’s a feeling of One padding his story. With such prolonged battle sequences, the question of who choreographs them is also raised. There’s no doubt that One conceives the incredible heroes, but the visual design of everything since the earliest days is down to Murata, and were this a Marvel comic the instruction would be for Genos and Garo to battle for twenty pages and it would be left to Murata to break it down. Perhaps he does so here, as One gets off very lightly in terms of actual plot.

There is a bonus short, taking a look at Megane, a new hero introduced in the main story, and rather intriguing as a variation on Saitama’s form of physical perfection being reached by little more than dedication and training. It’s not enough to prolong the reading experience of these two hundred pages much beyond five minutes, and that’s not great value. Let’s hope for better in the intriguingly titled Because I’m the Bald Cape?