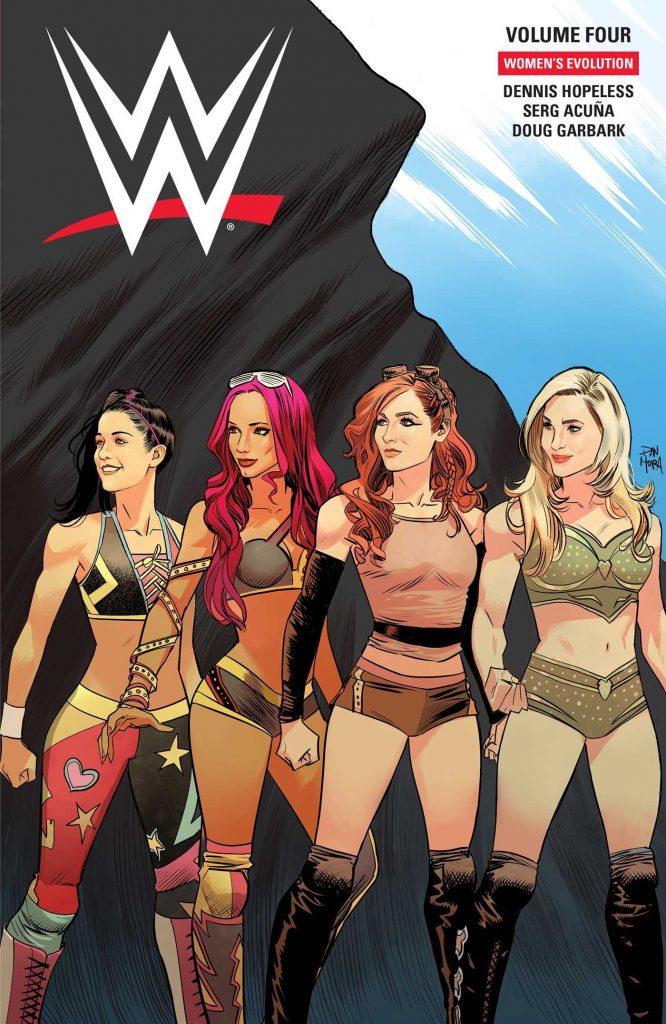 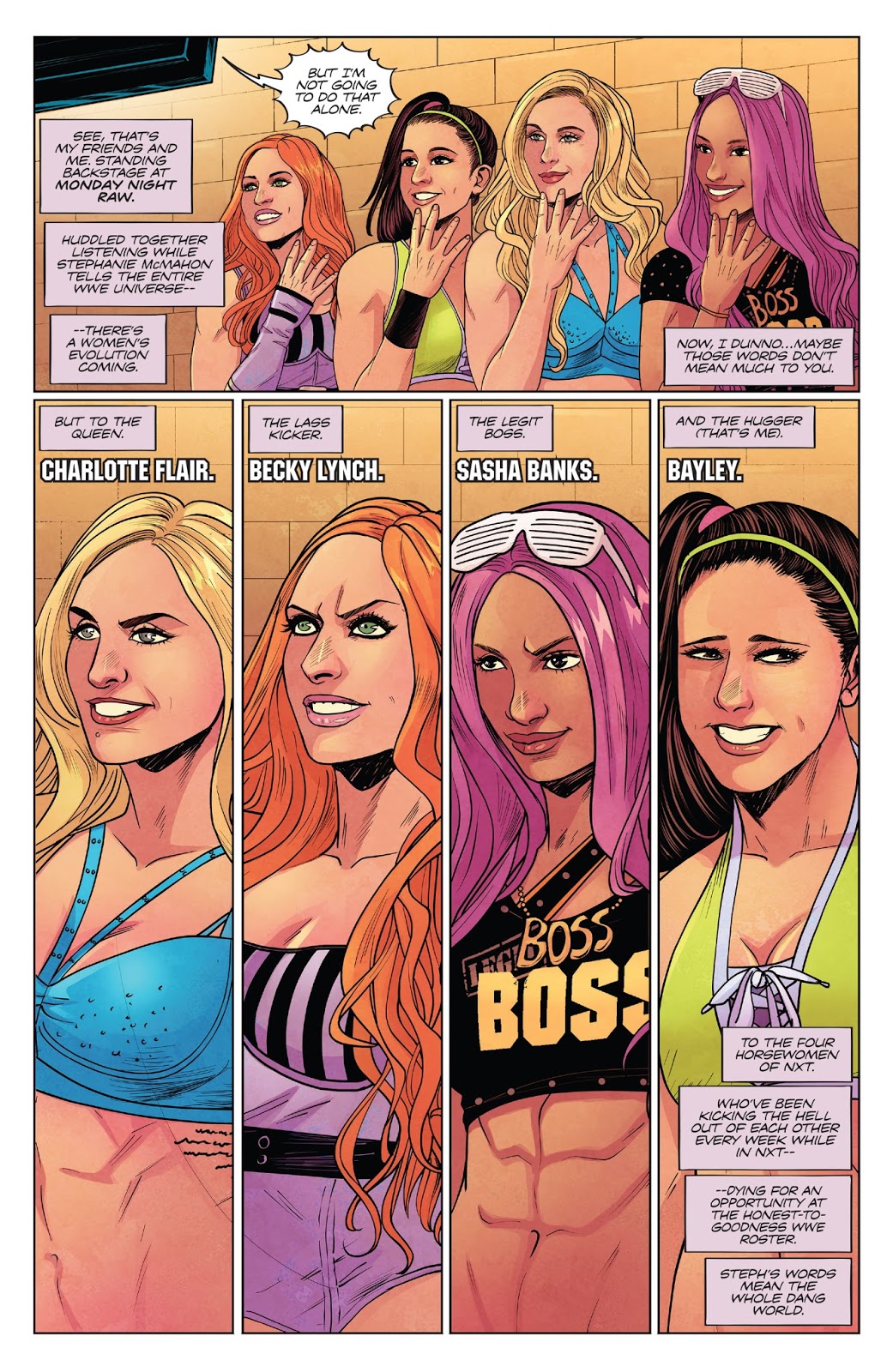 While the world of WWE wrestling is scripted, occasionally real world comments intrude, and for some while before 2015 the organisation had been criticised for marginalising its female wrestlers via billing, terminology and air time. It culminated in a women’s bout at RAW 2015 being cut to thirty seconds, which sparked a wider campaign. Of course, how much of this was the WWE hijacking the cause for promotion will never be known. The result was a rebranding and greater prominence, as new women wrestlers were promoted to the main roster.

The focus for Dennis Hopeless and Serg Acuña telling this story is Bayley, who relates her career in hindsight, starting with her arrival in training camp where she first meets Sasha Banks, Charlotte Flair and Becky Lynch. Bayley has all the skills, but a fundamentally pleasant personality results in a naivety and when her friends join the main WWE roster, she’s not part of the package.

Hopeless runs with the nice guys finish last routine for much of the story, Bayley having that constantly reinforced despite an early intervention by WWE legend Dusty Rhodes advising she remain true to herself. It’s much the same pattern of putdowns being claimed for inspiration that we’ve seen in other WWE graphic novels, but here it feels as if the homilies and plot twists are more obviously ladling on the saccharine than previously. They’re also more manipulative, but that’s down to Hopeless having to follow the WWE plots.

As in the other WWE graphic novels, another artist steps in to spot Serg Acuña for some sequences, this time Kendall Goode, whose methods are less defined and more generic. Acuña supplies cartoon representations of the wrestlers instead of exact likenesses, and that works in defining them.

The best chapter is the last, where the plucky and likeable Bayley has to pick herself off the floor, and those who follow WWE knows where the story goes from there.