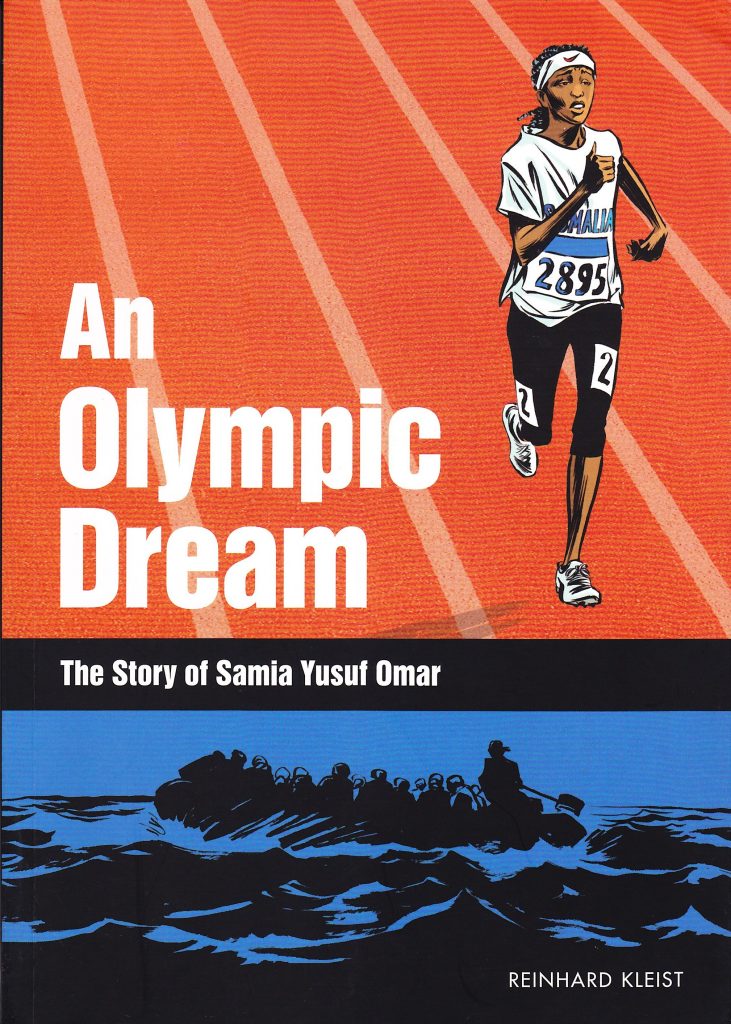 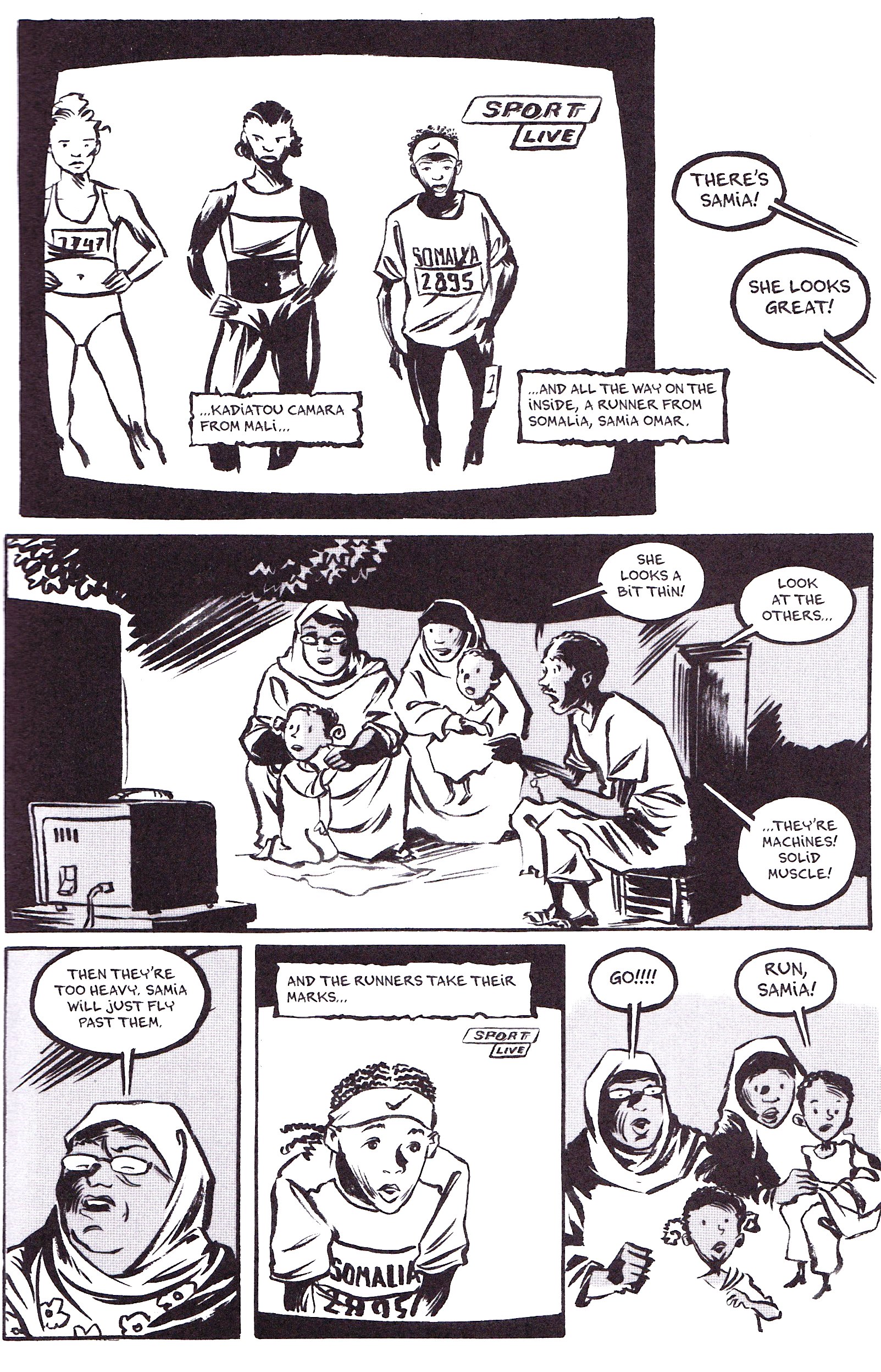 The story of Samia Yusuf Omar is undeniably tragic. Aged 17 she represented Somalia in the 200 metre sprint at the 2008 Beijing Olympics. She came last, but her courage and tenacity shown in finishing the race, elicited cheers from the crowd. Then after her return home to war torn Mogadishu, she all but disappeared. Four years later, Samia drowned trying to cross the Mediterranean Sea with other Somali refugees. She was only 21. The tragedy and the resulting news coverage alerted Europe to a growing crisis.

Reinhard Kleist is a distinguished graphic biographer in his native Germany, and like so many others, he was moved by Samia’s plight. Frustrated by crummy national attitudes, he put pencil to paper to tell Samia’s story. The result is a touching tribute.

Kleist’s major hurdle has been the lack of information around events leading up to Samia’s death. Samia was very private. She received frequent death threats from militia group Al-Shabaab and wanted to protect her family. What information exists is patchy, sources often conflicting. Her Facebook updates kept people informed, but were deleted soon after her death. As such, Kleist works with what he has to create a moving book. Using fictional Facebook posts as a narrative device, we see things from Samia’s perspective. It powerfully displays the essence of a young woman who loved, but found her life at risk every time she did. His scratchy black and white technique is perfect for the African setting. It captures the dangerous environment Samia lived and travelled in, and is very engaging, with character movements fluid. When changing perspective, Kleist changes his artistic style to something more African. It hammers home the reality of how desperate people are to make the journey away from their homelands, people fleeing violence, oppression and starvation. Others have no other way to feed their family except go to Europe. The final pages are heart-rending, disturbing, evocative and emotional. That Samia could be your sister or your daughter is a thought Kleist never lets you wriggle away from.

It isn’t all doom and gloom. There are some skillfully presented joyous moments. Samia beating her personal best inside a shell blasted stadium; her mother’s fierce pride for her daughter; Samia’s own immense pride at representing her country; her love of Madonna and Rihanna songs. These little moments are in equal measure tender and uplifting and convey something deeply admirable about this young woman. She didn’t run to be famous. She ran because she loved it, and she ran to give her family a better life, one away from the constant threat of violence and abject poverty.

An Olympic Dream is not an easy read. It drags us out of our comfortable lives, forcing us to face reality and realise this problem is not going to just vanish, and so it’s an important book. This is about more than Samia Yusuf Omar and her dream to reach the 2012 London Olympics or her tragic end. It’s a book that dares to dream of a world without war, without poverty, without refugees. A world where governments don’t ignore or blame-shift problems. Kleist presents us with a young woman full of life, love, passion and deep reserves of inner strength. Thanks to him Samia’s life will continues to inspire people to dream, to be kind, to change the world and, above all, to live.