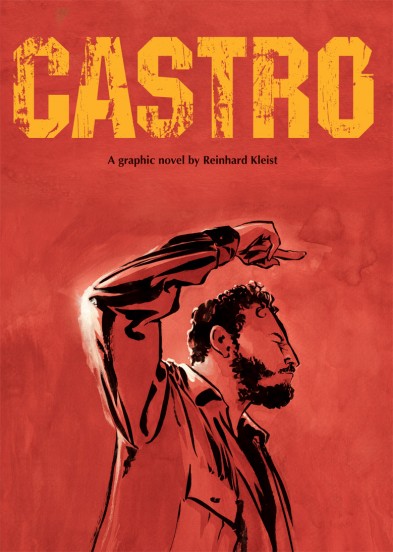 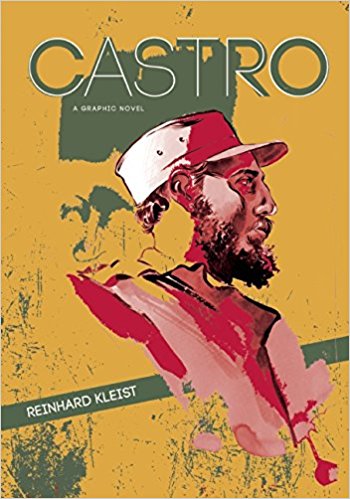 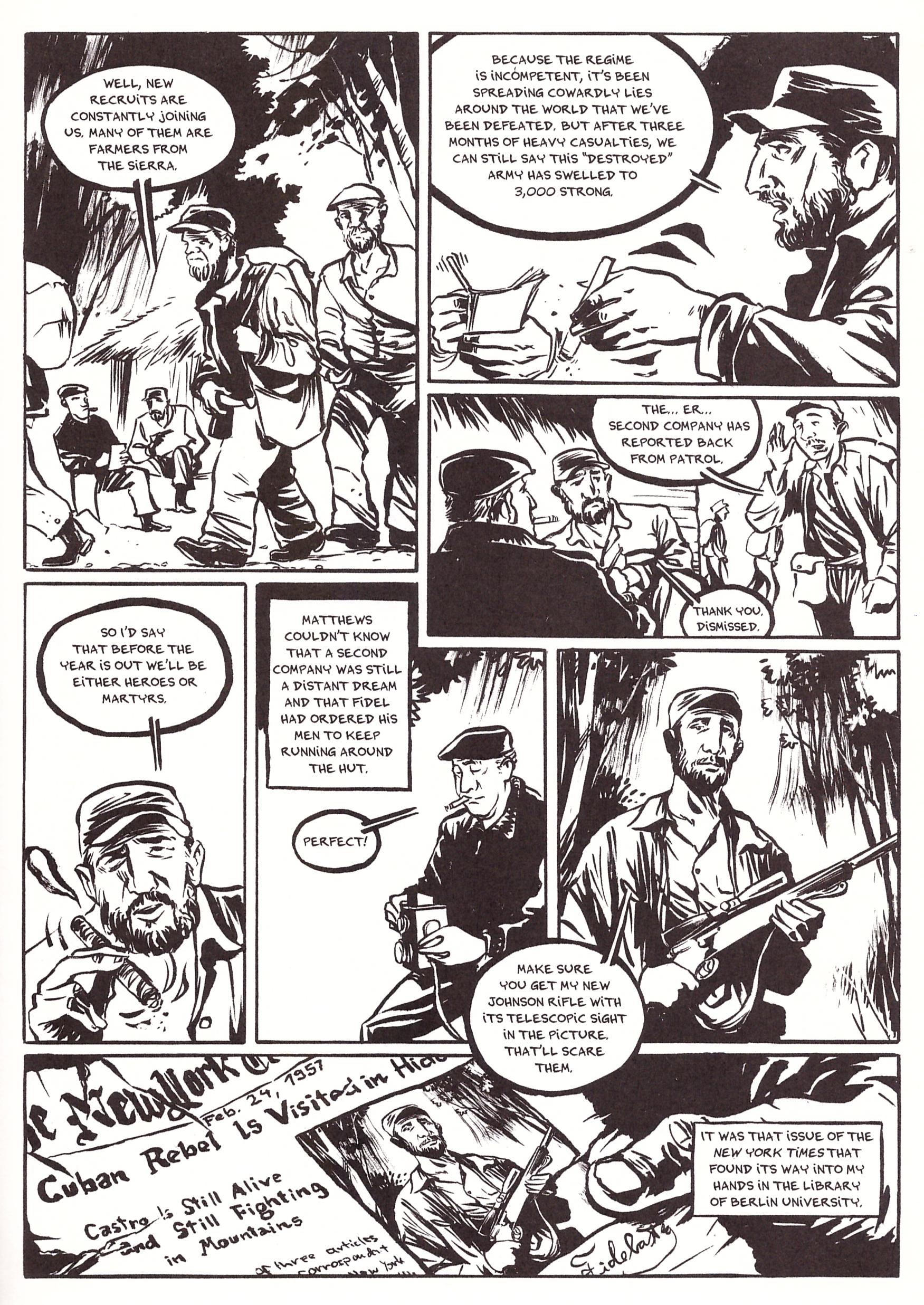 In the decades since his hyeday Fidel Castro is for many a known name, but not a person who lingers beyond a distinctive visual impression and the remnants of orchestrated American propaganda. Via the fictional construct of a German photo journalist who arrives in Cuba in 1958, Reinhard Kleist embeds us in Castro’s life as a revolutionary, and then looks back to the corruption and lack of concern for democratic process that ensured a revolution.

This revolution is an amazing story, not only for a successful against the odds outcome, but incident and anecdote packed well beyond common knowledge. In 1956 Castro returned from Mexico to Cuba with 132 people compressed onto a decrepit pleasure boat designed for eight passengers. Storms and lack of maritime experience ensured a hope and a prayer journey, yet it succeeded. Castro’s ascent to power is notable for several such incredible moments when fate seemingly intervened in his favour. This was long before he began surviving a succession of ideologically motivated, American initiated or backed assassination attempts.

Kleist partitions his books into sections covering the revolution, then Cuba under Castro, and he’s adept at portraying the changes in the Cuban leader as well as the consistencies. Castro’s lifetime propensity for inordinately long speeches is highlighted, but so are the shifting sands of his attitude to democracy. Kleist’s Castro is further a relentless and effective sloganeer. Quotes from his speeches are extracted as lines of dialogue in other situations. “The dreams of today are the realities of tomorrow” accompanies fundraising in Florida, “my real bride is the revolution” resonates, as does the entirely more chilling “criticism is counter-revolutionary”.

If only the art matched the writing. Kleist the artist has severe limitations. He’s an unimaginative storyteller, and has a problem drawing people in proportion, which is an unfortunate drawback with a biographical project. Heads are so often larger than they should be, and placed at unnatural angles. Neither is he great with likeness. With Castro himself the familiar beard goes a long way, but Richard Nixon, a gift to cartoonists for thirty years, is someone Kleist has difficulty in capturing. Action scenes are cramped, and rendered unclear by excessive black ink. His scenery is better, sketchy, but fully realised backgrounds successfully implanting the cast in evocative surroundings, and a brief cartoon sequence detailing assassination attempts is good.

Cuba under Castro exemplifies the value of self-determination set against eventual hardship. American led political ideology ensured that, whatever Castro claimed, Cuba suffered for his uncompromising attitude. Without hammering the point home, Kleist’s sympathies appear broadly in tune with Castro’s ideals, if not his methods or allies, yet he doesn’t soft soap how the revolution started well for Cubans, but eventually condemned them to extreme poverty.

There are aspects of Kleist not seeing the wood for the trees, his thorough immersion in Castro’s life leading him to make assumptions on the part of the audience. The womaniser is represented from the midway point, but Castro’s first wife comes as a surprise when mentioned, and as the book continues Castro becomes a lesser and more distant figure, while the narrative is largely inherited by the experiences of the photo journalist, representing the ordinary Cuban. It’s as if Castro faded once his historical legacy was cemented by the missile crisis of 1963, and it makes much of the second half of the book unsatisfying.

Ultimately Kleist’s Castro mirrors its subject by being a massive work that begins as well intentioned, but becomes bogged down and loses its way.