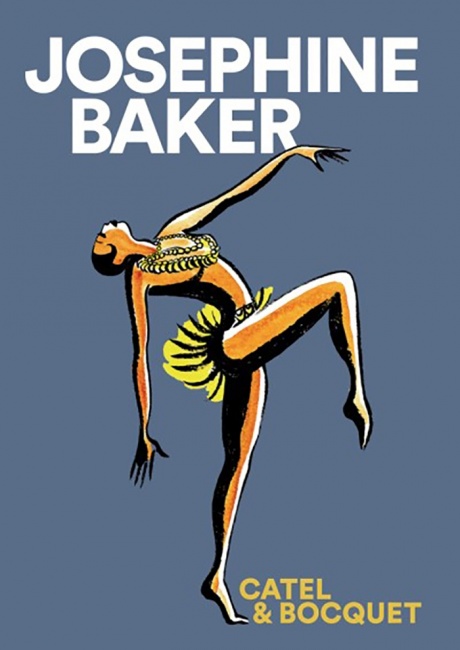 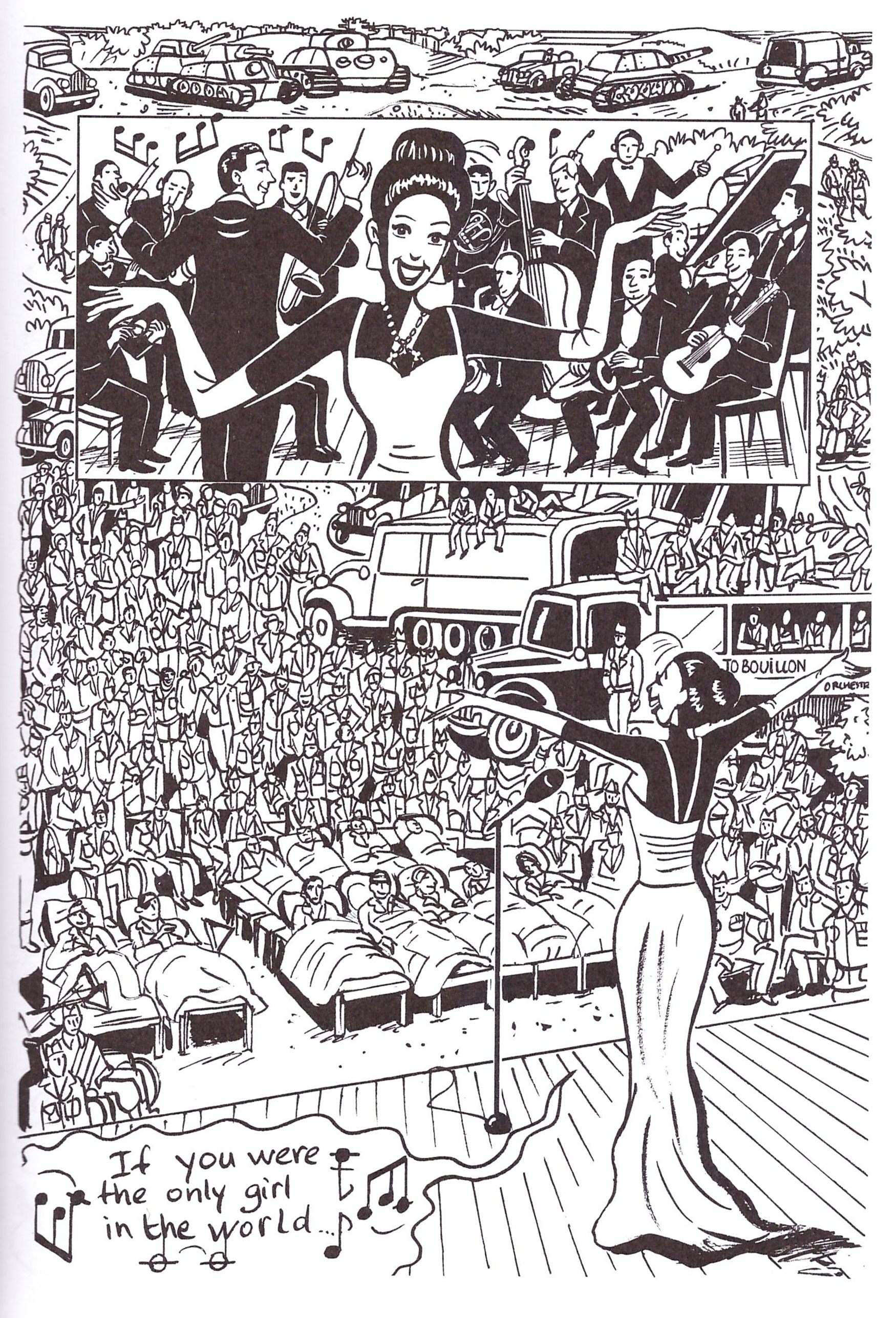 It’s impossible to review Josephine Baker without referencing José-Louis Bocquet and Catel Muller’s previous work Kiki de Montparnasse. It was excellent, and provides both template and formula for another first rate biographical excursion with a Parisian cultural icon and artistic inspiration of roughly the same period. Baker, however, survived to have a later importance as a spokesperson for human rights in her US homeland.

The creators portray an endearing child, smart enough to know her own mind from an early age, constantly dreaming of princesses in castles, and almost always smiling and happy despite her impoverished circumstances. Bocquet’s later biographical references are plentiful, so this is presumably an accurate portrayal, yet extraordinary considering her tumultuous early life. Tumpie as she was known, was working in bars and dance clubs at thirteen, the latter encouraging her own joyful dancing. At sixteen she was a seasoned hoofer, and appearing in New York with two marriages already behind her.

Plenty of anecdotes punctuate the narrative, from a country audience believing a play they’re watching is real events occurring to the story of a cheetah, while the depressing spirits of the times, form a backdrop. Skin colour was barely an issue in 1920s Paris and Josephine rapidly becomes the toast of the city, having no inhibitions when it comes to dancing almost nude. A parade of famous names pass through the pages, but Bocquet’s well aware that success doesn’t make for compulsive reading, although he accentuates the difference in lifestyle available to black artists in Europe. The Josephine conveyed in her pomp is almost teflon, deflecting lost husbands and poorly received shows with an indomitable friendly spirit, and a continuing sense of adventure.

Kiki’s fame came from being still, Josephine’s from constant movement, yet Catel adapts her art easily, resorting to a more animated style of cartooning to better convey this. As with Kiki, she also provides charming chapter separators for what’s an episodic biography, each illustrating somewhere that’s either home to Josephine or where she’s performing. She’s particularly good with montage sequences, used for both dances and the equivalent of the old movie method of forwarding through time.

The Josephine Baker of legend is a flighty woman whose personality and attractiveness propelled minimal talent a stratospheric distance. It takes an accumulation of episodes, but the woman portrayed here is far more. She’s generous and considerate, and has a humanitarian conscience and a fine moral compass that extends to putting herself at risk to do what’s right in dangerous times. She survived several life-threatening experiences from illness to discovery by Nazi allies and a plane crash. She’s outspoken about segregation on her return to the USA in the early 1950s, and leaves branded as a communist, but this makes a remarkable woman even more determined to combat social injustice. As a statement of principle she adopts a dozen orphans from a dozen lands, and her commitment to them never wavers. Ultimately, her legacy is far greater for the manner in which she used her celebrity status than for the talent that earned it.

Bocquet and Catel succeed in illuminating an astonishing women whose representation of an era is the least of her achievements. Josephine Baker instils an admiration and respect for a thoroughly deserving subject, and is an enthralling read, never presenting a dull moment in its 450 pages.

As if the graphic novel content wasn’t enough, as with Kiki, there’s a wealth of extra biographical material about the supporting players, a chronology for Baker and a bibliography, totalling an extra hundred pages in all.