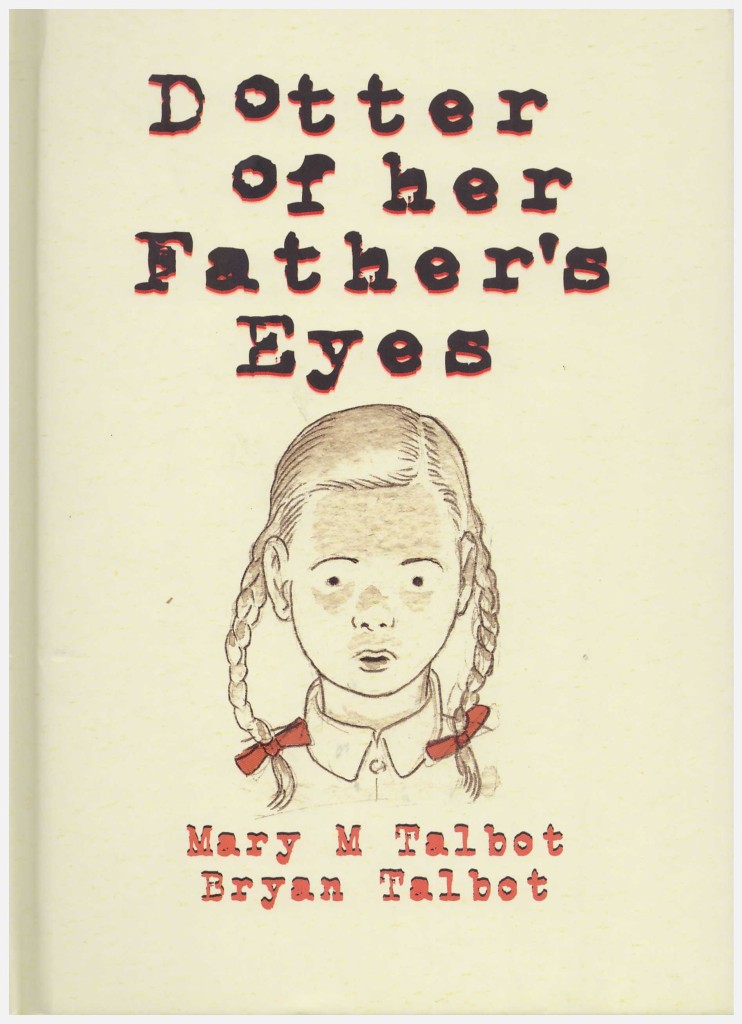 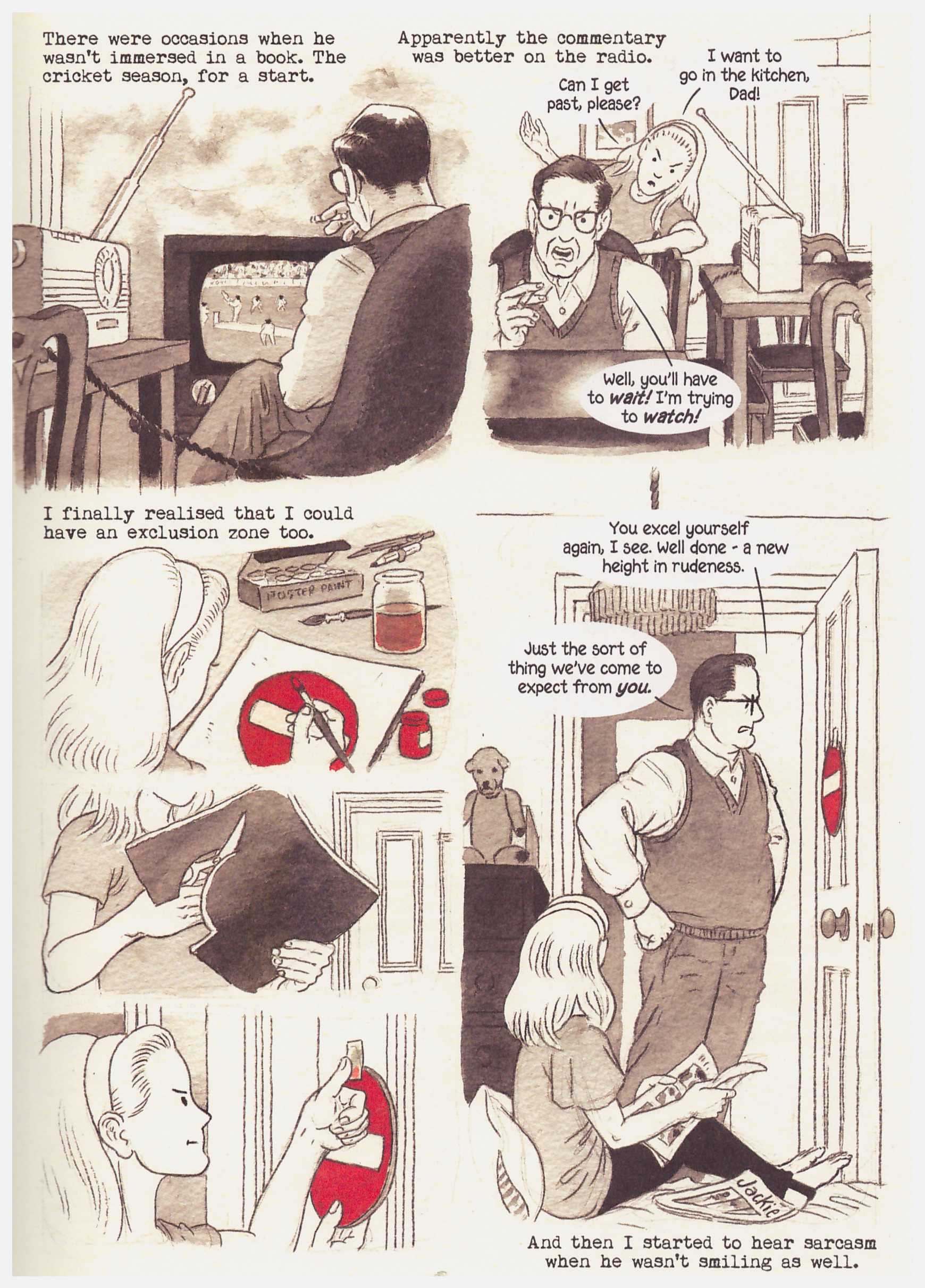 This elaborate sewing together of two relationships between fathers and daughters is the first of what so far has run to three small hardcover collaborations between university academic Mary M. Talbot and artist/husband Bryan Talbot. The upbringing of Lucia, daughter of renowned writer James Joyce is mirrored by that of Mary, our author, by eminent Joycean scholar James S. Atherton. Neither ran smoothly.

The Talbots brilliantly evoke Mary’s youth, growing up in in a large family during the 1950s, when the rationing introduced to Britain during World War II was still a recent memory. The writer that Mary is now can look back on the loud and busy household in which her father attempted to work through different eyes, and there’s a wistful fondness evoked. Family anecdotes abound. Particularly charming is how the collaboration appears to have worked, with Bryan interpreting Mary’s script, and she then correcting minor visual errors in footnotes in preference to the art being adjusted.

The title phrase applies to Joyce’s daughter Lucia, born in 1907 when Joyce and his wife Nora were penniless in Trieste, having fled the stifling, all-pervasive Catholic culture of Dublin. From the manner in which he’s portrayed, despite his troubles, Joyce was a more doting and indulgent father than the temperamental scholar he inspired. Despite the poverty of her early life, and a subsequent move to Paris with yet another language to learn, Lucia flourished, and as Joyce’s fame enabled artistic patronage, she studied dance.

Considering that she’d never written a graphic novel before, Mary has a fine natural instinct for sifting the essential elements of a story, and fusing biography and memoir without strain. Lucia and Mary’s childhoods are contrasted, Lucia inspired by dance with Mary’s awkwardness, and there’s a particularly poignant moment of the teenage Mary voicing her fears, in French, of the fate that befell Lucia. Beyond their teens, though, their lives took very different paths, each shaped by the tenor of their times.

Given his extensive and admirable back catalogue we should now be beyond being surprised by the sheer quality of Bryan Talbot’s work. He researches well, although this sometimes only requires a ruffle through the box of wedding pictures, and even when simplifying his style there’s a real joyful spirit throughout. Take a look at his depiction of the Ballet Mechanique, or the parade of raucous 1950s schoolboys rampaging through the house. A sparing use of full colour is effective, as is the separation of narratives via sepia and grey washes.

As we progress through both Lucia and Mary’s lives, it’s as if a coin has been flipped. Mary’s finds happiness, while Joyce is unable to understand his daughter’s passion, and derisively comments that it’s enough if a woman knows how to walk into a room properly.

Lucia’s fate notwithstanding, there’s a powerful inspirational quality to Dotter of Her Father’s Eyes. Family relationships can require some untangling, and while the question is never asked (here at least), would Mary Talbot have been a different person had her father been warm and supportive? There’s a late revelation about him indicating a different personality, and in the cases of both fathers you wonder if they ever pondered their priorities.

Just in case it’s a concern, you need to know nothing about Joyce beyond his reputation to appreciate a warm and poignant evocation of two women coming of age. On publication this won the biography category of the Costa Book Award.