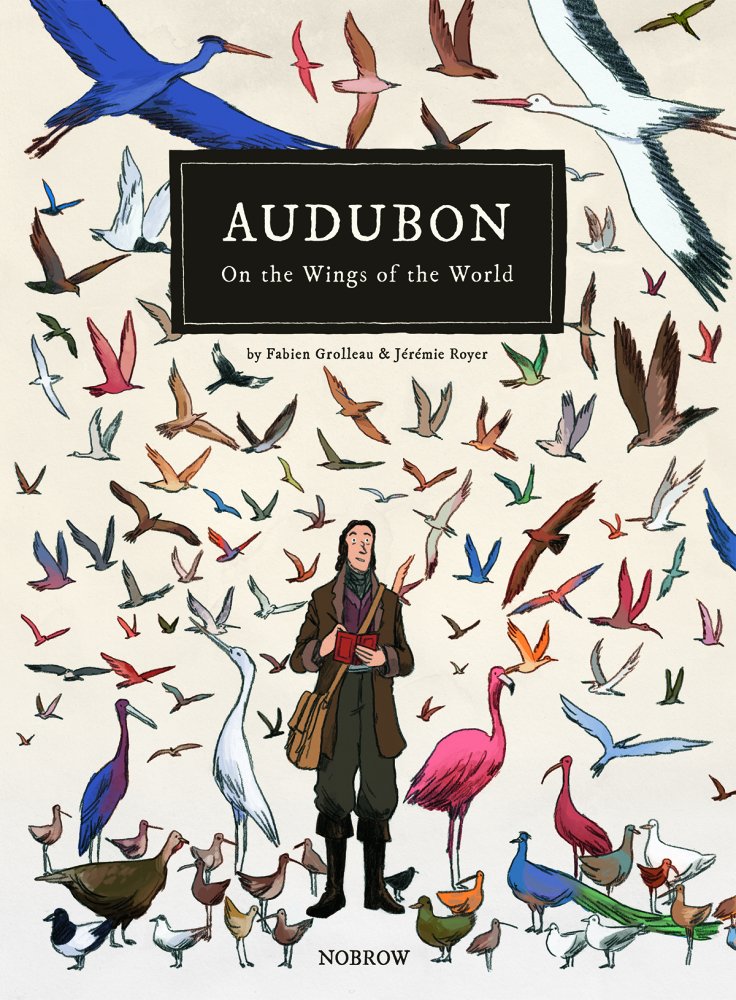 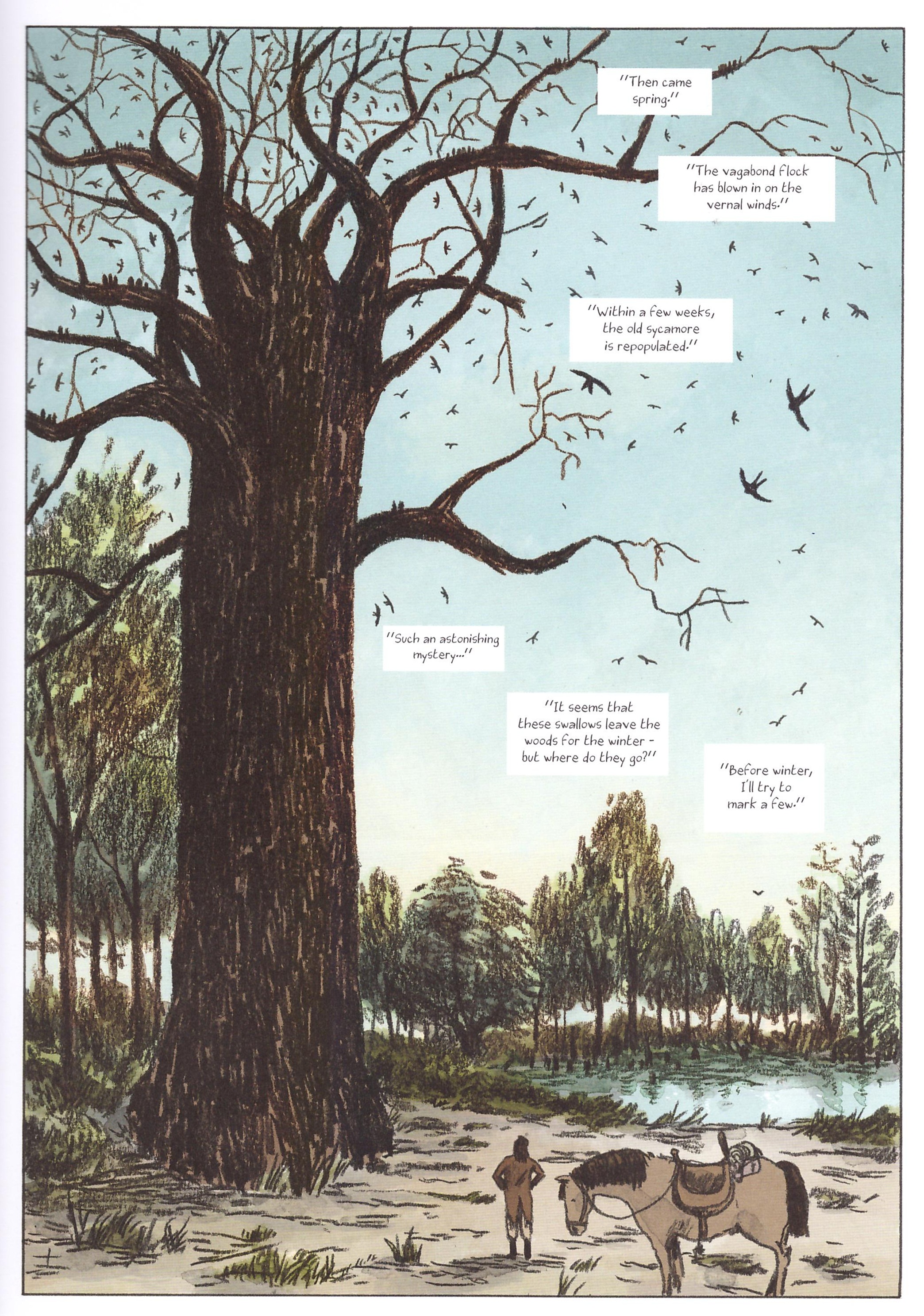 It’s surely impossible that with regard to humans the expression ‘away with the birds’ could ever be more literally applied than to John-James Audubon. That, though, is only one of several names by which his was known during his lifetime, the first of several startling revelations within this engaging biography. Those aware of Audubon’s Birds of America rarely know much of the man whose work remains a standard almost two hundred years after publication, and whose pioneering approach eventually brought great success and acclaim, but at significant personal cost.

As noted in his introduction, Fabien Grolleau’s script is intuitive, constructing Audubon’s character by what was known of the man, while his extensive writings supply much of the dialogue, filtering his thoughts in situ. It also displays the contradictions of the Frenchman revered in the USA, yet to this day almost unknown in his home nation. Due to constant study, patience and observation Audubon was incredibly insightful as far as nature was concerned, yet when it came to human nature he was sorely lacking in graces and understanding. He was years before his time with regard to his views on ecology and preservation, yet a man who loved to hunt. Audubon had an almost pathological fear of losing his drawings, and they were his first consideration during times of danger, yet nature played an ironic trick on the man who so loved it. Perhaps it was retribution as this freedom loving man kept slaves.

What might Audubon have thought of Jérémie Royer’s art? Audubon created posed tableaux of stuffed birds, this imitation enabling him to capture a natural view existing for only fractions of a second in the wild, and the illustrations seen in preparation are reprinted at the rear, displaying his precision. Royer’s style is diametrically opposed, a loose, sketchy approach distilling and approximating nature rather than capturing it. It conveys the rush of Audubon’s life and the intensity of a man never able to compromise his single-minded vision, and there are places where Royer too supplies the beauty of nature. There are equally pages that are slapdash and simplistic such as Audubon striding through a forest as shafts of light break through the canopy. Thankfully, these pages are in the minority.

If there’s a shame about Grolleau’s appreciation, it’s that his driven Audubon is very one-note. In person he was not above practical jokes such as feeding fellow naturalist Constantine Rafinesque tales of imaginary Ohio river fish which Rafinesque then recorded in museum records. This side of his character is absent. While it makes for an engaging encounter, the conversation between Audubon and Darwin is entirely imagined. Darwin never mentioned fossils to him asking “what if this creature was the ancestor of all birds” thirty years before publishing Origin of the Species. It’s fanciful and deceitful.

Audubon’s artistic cataloguing of bird species was his life. It took him over twenty years to complete the 435 illustrations for Birds of America’s first edition. They’re sumptuous, skilled, and now so highly regarded, so it’s heartbreaking to read of such talent dismissed by investors and museum curators alike in the early 1820s. It took a trip to Britain in 1826 to have his own convictions ratified, and he was a wealthy and revered man when he died. This is poetically defined by the creators, with Audubon’s spirit taking flight to settle an old score, his reputation now indelibly associated with the USA.

The production is first rate, with fascinating bonus material, although the biography subtracts five years from Audubon’s age at death. This hardcover is further extremely reasonably priced.