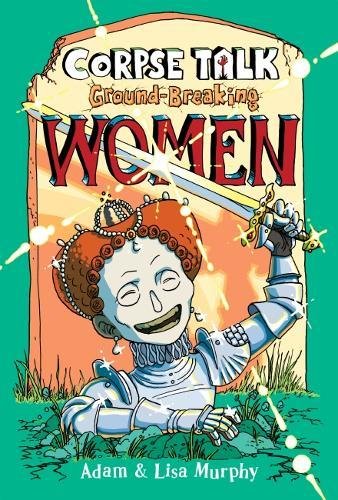 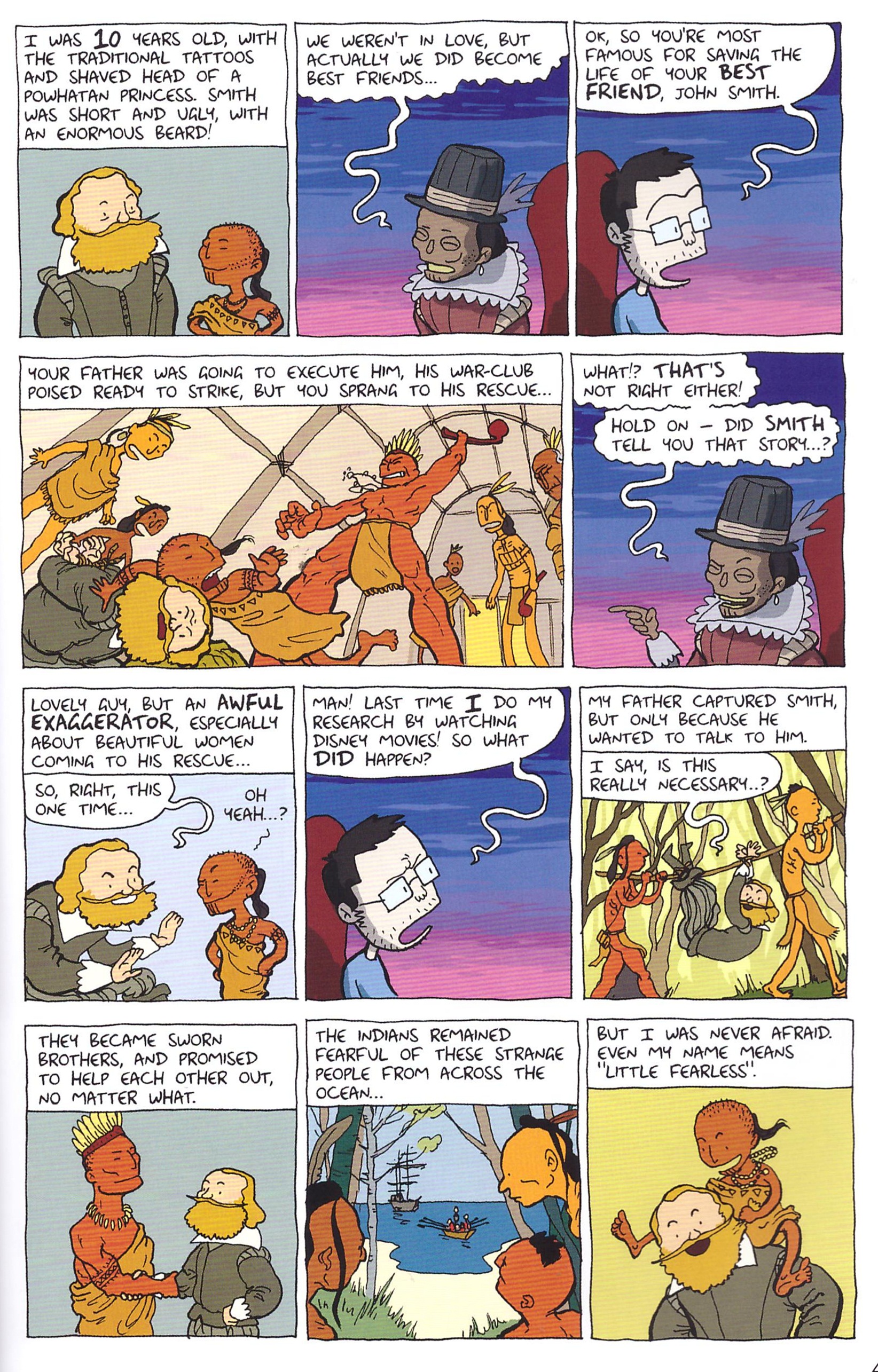 This is the second of Adam Murphy’s themed considerations of historical personages (and fourth overall) and like every Corpse Talk so far, it’s great. You don’t need Philip Pullman to tell you that, although just in case you’re unsure, he does, on the back cover, and when you have someone of his stature recommending Corpse Talk, what do you need this for?

Murphy treats his strips as interviews, having exhumed the subject for the occasion, and peppers them with jokes as he discusses the reasons they’re famous. How good is Adam Murphy? Well, when the page turns to reveal fifteen year old Nazi victim Anne Frank as an interview subject it suddenly occurs that no matter how cheery and informative he is, the basic idea of disinterring corpses for interview could be distasteful, and perhaps the one format doesn’t fit all. Murphy’s good enough to ensure it does.

As in the previous Ground-Breaking Scientists, Murphy returns to people previously covered in the shorter two page strips in the first two volumes. Jane Austen, Elizabeth I, Joan of Arc, Amy Johnson and Pocohontas are considered in greater detail, and like that previous book, each four page strip is followed by a spread either explaining something about the times the person lived in, or something relevant to them. In the case of Emily Davison this is actually six pages detailing the history of women’s rights, and a delight is never knowing if Murphy’s choice will be deep or trivial. You can learn how to dance 1920s fad the Charleston, of Hatshepsut’s monumental temple, and how to create your own language with Princess Caraboo.

It’s the interviews that carry the book, though, and the trivia and titbits Murphy’s amassed to accompany his more weighty considerations will again astound. He’s a one man Q.I. Also admirable is how this takes a far broader sweep than just Western culture. Post Genghis Khan, the fearsome Mongols of the 13th century were led by Princess Khutulun, who could beat any man at wrestling. Ching Shih controlled piracy in the China Seas in the early 1800s, and Jamaican resistance fighter Granny Nanny is astounding, although hers is a rare instance where Murphy includes caveats regarding her exploits. And have you heard of Julie D’Aubigny? What a life she had. Look it up.

Coming next is Queens & Kings and Other Royal Rotters.