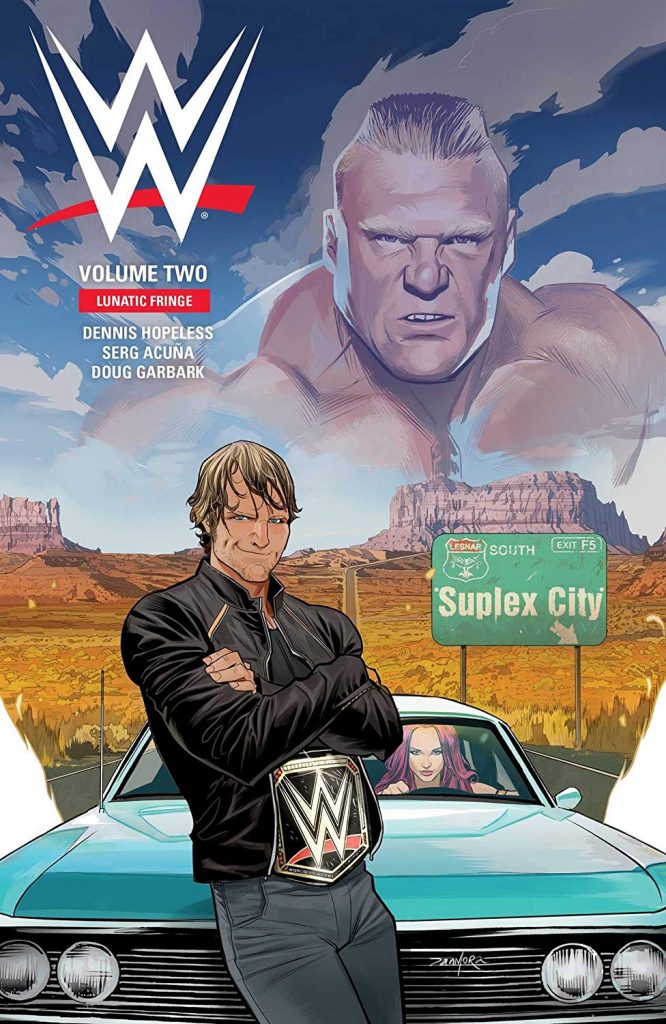 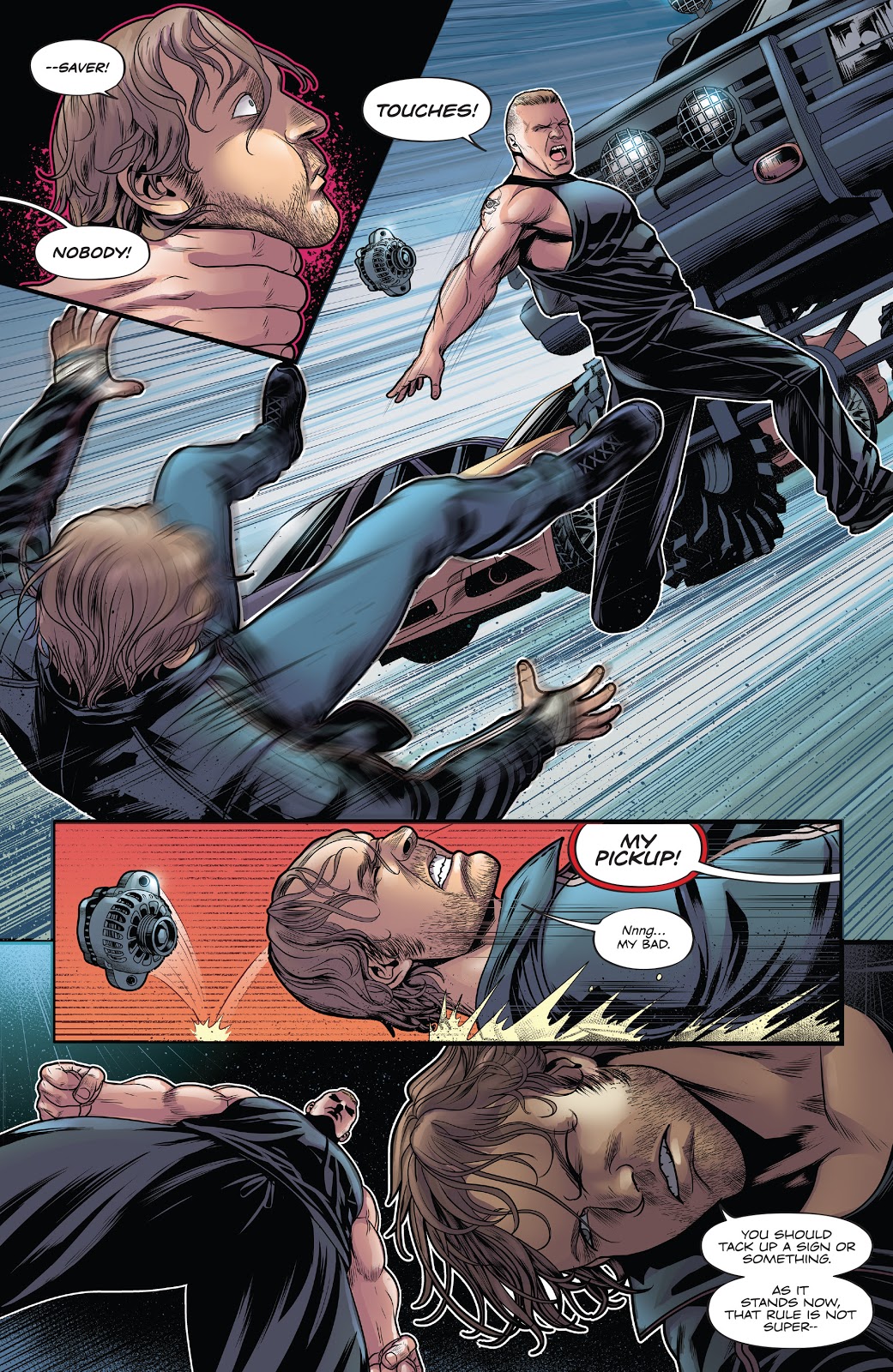 As he did in Redesign, Rebuild, Reclaim, Dennis Hopeless settles on a WWE superstar, gives him a narrative voice and builds on his wrestling character by personalising them outside the ring. This time it’s Dean Ambrose, the Lunatic Fringe, characterised as an ordinary blue collar guy who loves the car he’s had since his teens. There isn’t a part of it that he’s not rebuilt, and while he can afford something better, his initial loyalty is to the one he loves. On the other hand, how’s he going to get to the Money in the Bank contest when it’s broken down again?

Hopeless develops a road trip with Dean and Sasha Banks, who’s recovering from injury. They get to know each other better as they share each other’s interests, before running into the Wyatts on home territory, and they’re not inclined toward hospitality.

Most of the art is by Serg Acuña, turning in the same polished job as before, great with the wrestling action being almost three dimensional, and enjoying the various cars he has to draw also. This includes a demolition derby, a form of wrestling with cars, and a final chapter chase featuring all kinds of souped up motors. Some of that sequence is drawn by Tim Lattie, his style heading more toward cartooning than realism, and his figures and expressions looking more posed, but as it’s a fast-paced scene, the pages turn quickly.

The point of Lunatic Fringe is to make you understand, and therefore root for Dean Ambrose, and on that score it’s job well done. Anyone who’s caught up in the WWE and its plots should enjoy this, although whether that enjoyment will transfer beyond the core audience is questionable. Next time around Hopeless concludes his look at the one time Shield members with a focus on Roman Reigns in Roman Empire.