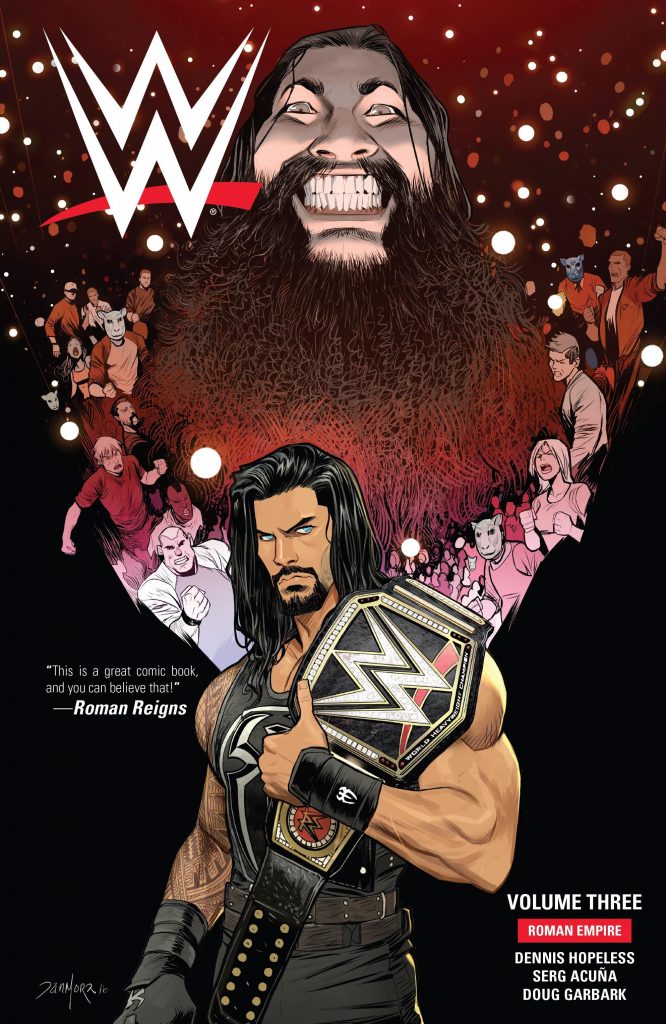 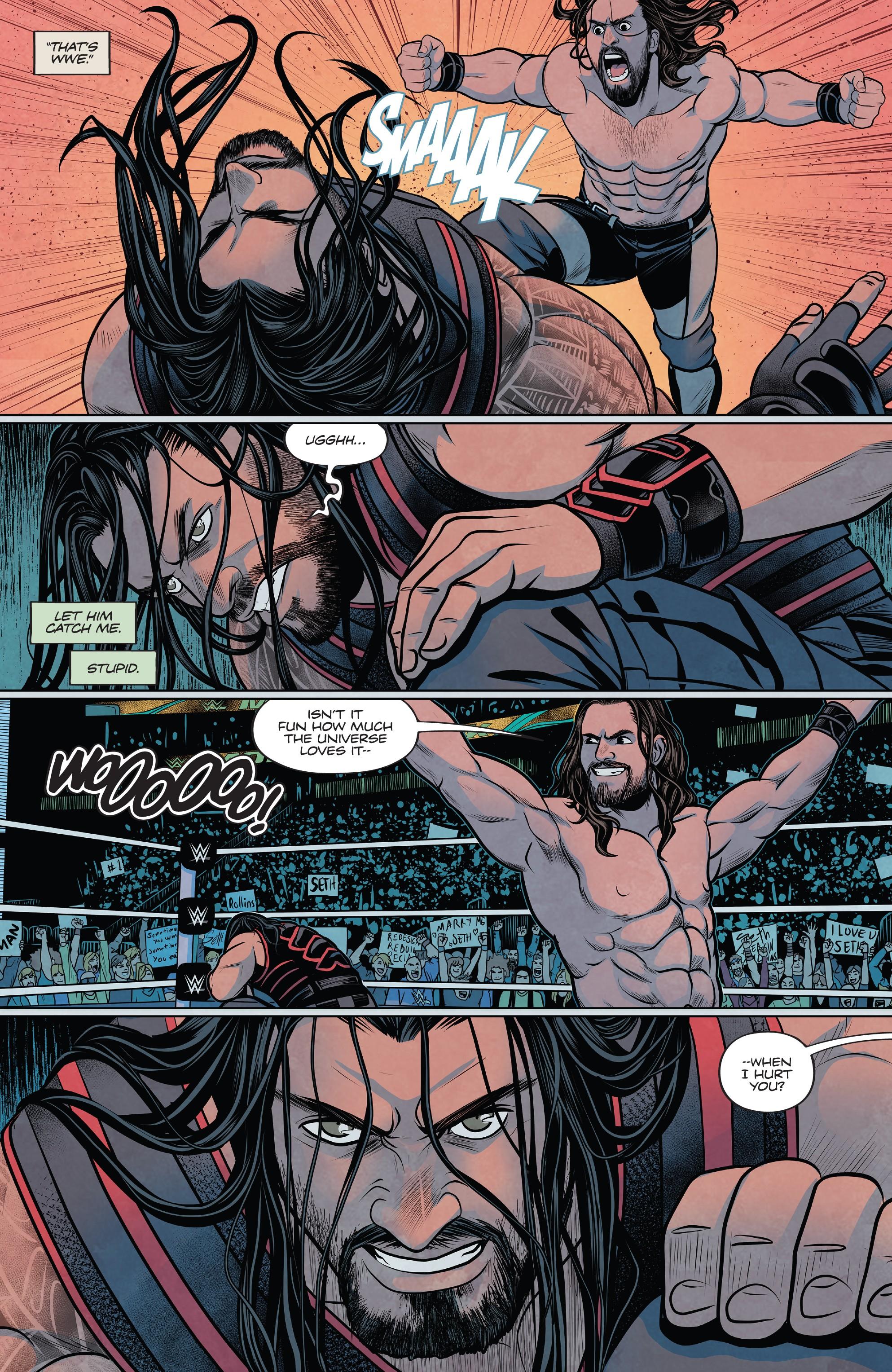 Don’t be puzzled by references to ‘Chapter nine’ starting the book. You’ve not really missed part of the story, but Boom! Studios are repackaging their original comics as ongoing chapters, and it’s only this book (so far) where Roman Reigns takes a turn in the spotlight. There is a sense that more than the previous books this ties a lot of matters together, and Roman Empire concludes the pattern of those earlier graphic novels of focussing on the three one time members of the Shield. Roman remains on good terms with Dean Ambrose, star of the previous Lunatic Fringe, and the story opens with him taking on the other one-time Shield member Seth Rollins, now an enemy. That situation has changed radically by the end of the opening chapter.

The plots of these WWE graphic novels perpetuate the mystique that the wrestlers maintain their on-screen and in-ring feuds off-screen and out of ring. Dennis Hopeless writes Roman as a sinister brooding presence in world where nothing is more important than that championship belt, which Hopeless is gradually giving a Lord of the Rings vibe. Those that have it are corrupted by the thought that someone will take it from them, and those who don’t have it are constantly planning to do just that, in this case as the WWE takes a tour around Europe.

As before, Tim Lattie draws a few scenes, his style nearer cartooning, while Serg Acuña draws most of the graphic novel. Acuña doesn’t go for exact wrestler likenesses, but he’s close enough that you’d recognise the impression of who people are meant to be even without their trademarked gear. As ever, he’s phenomenal with the wrestling action. John Cena has a fair part to play and the centrepiece is a smackdown as he provokes Roman, wonderfully laid out. So is the three way finale, that a little more predictable.

By the end Hopeless has dipped back into the past a few times, both to Roman’s youth and to the formation of the Shield (that again drawn by Lattie) and tied the previous two stories to this in a valedictory look at days gone by. As ever, anyone caught up in the ongoing soap opera rivalries of the WWE should enjoy this, although the caveat is that events move on rapidly, and since publication new allegiances have already formed. Volume four looks at WWE’s female wrestlers in Women’s Evolution.