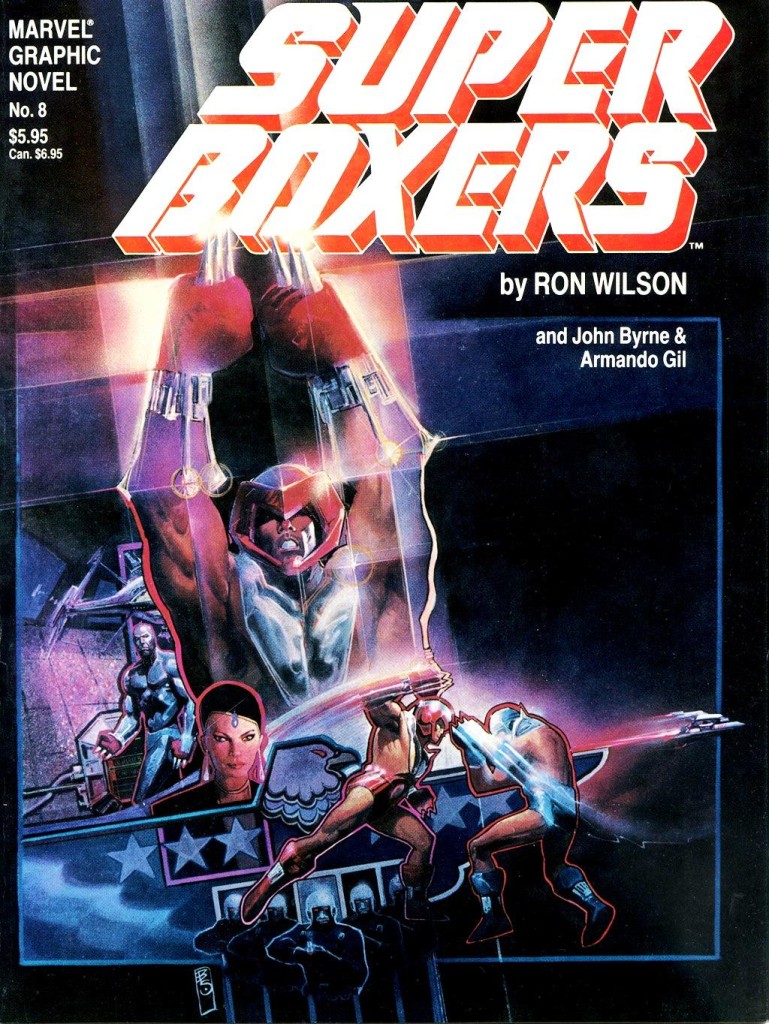 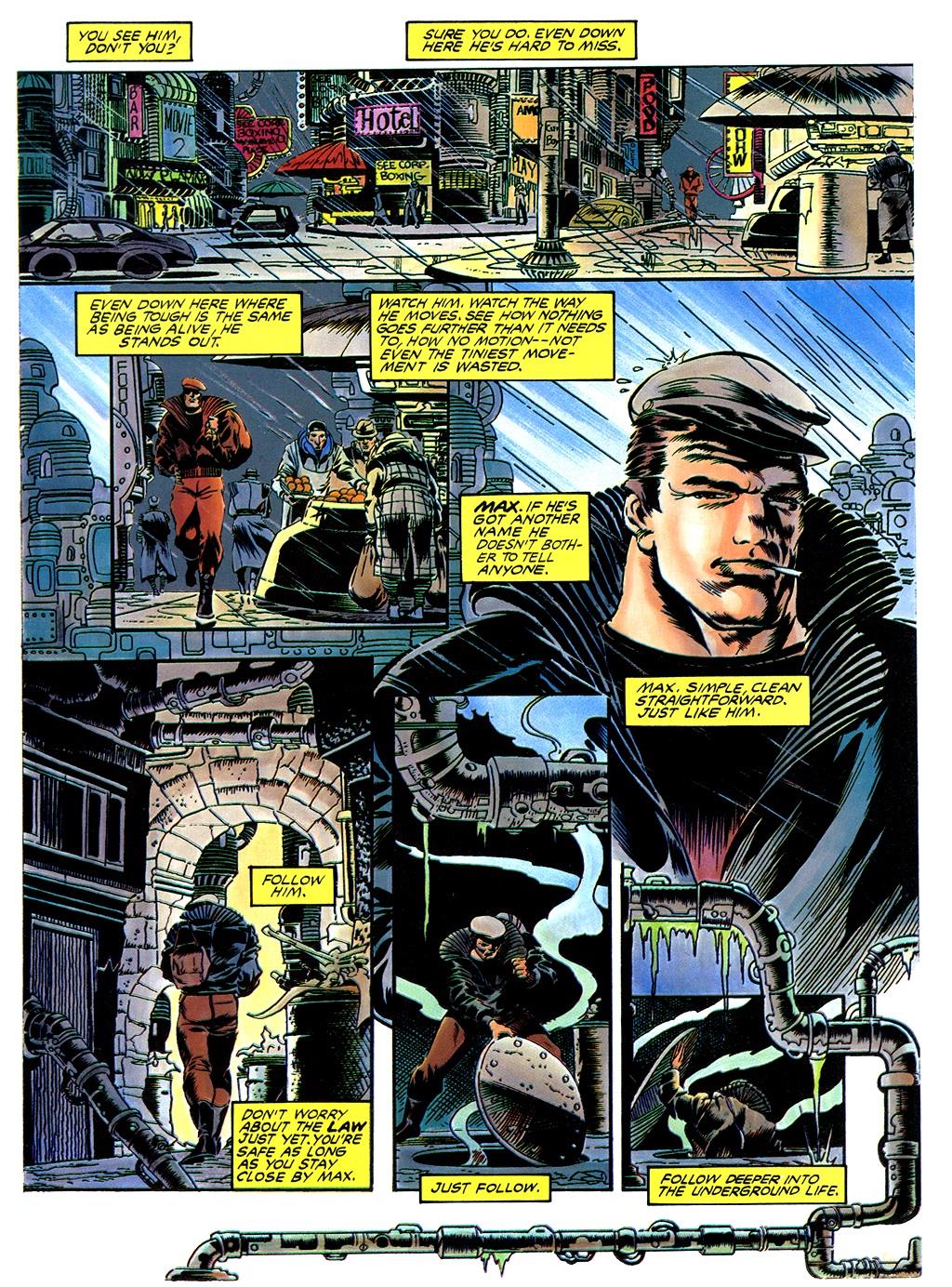 The earliest days of Marvel’s graphic novel line in the mid-1980s was very much a case of the commissioning editors feeling their way in the dark. The first dozen they issued included the launch of new superhero titles, beloved creators given their rope, creator-owned projects, and Michael Moorcock adaptations in a genuine spirit of experimentation. Among them were some genuine oddities.

There was probably no other time at Marvel that Ron Wilson’s Super Boxers would have been green-lighted, and it wasn’t well received on release. While predictable, it’s nowhere near as bad as you might have heard and it’s time for a re-assessement.

Wilson was never a fan favourite artist, and there were certainly times when his work was hacked out, yet the opening pages here are a revelation. They’re powerful, well-designed and carry his story, which is accompanied by a taut third person narrative from scripter John Byrne. Wilson created a corporate-controlled future where all is available to those who follow the company line and obey. Those who don’t, or who disagree are left to fend for themselves in the underground, which is where the book starts.

Max is a boxer in an illegal underground arena where there are no rules. The combatants are supercharged, helmets offer some protection from spiked fists, and Max tries to stick to the rules, meaning his victories come harder than they otherwise would. This form of boxing has a corporate sanctioned equivalent, and their star fighter has never lost a fight. In this official world vast sums of corporate money are gambled and occasionally lost on these bouts, with the subsequent accountability costing jobs.

Wilson’s art doesn’t sustain the enthusiasm-fueled quality of the opening pages, there are obvious deadline problems towards the end, and he’s extremely poorly served by the primitive colouring. Byrne also over-eggs the script on occasion. Balanced against that is the strength of Wilson’s concept. Rocky meets Rollerball is immediately understandable, and while his characters never rise above their one-dimensional screen equivalents, the story is strong.

You’ll be able to see where the plot is heading, and Wilson extends the inevitable until the final ten pages, where he delivers quite the surprise during the bout. His twists follow an action movie template, and with special effects technology much improved since the 1980s a film producer or two could do far worse than take a look at Super Boxers.