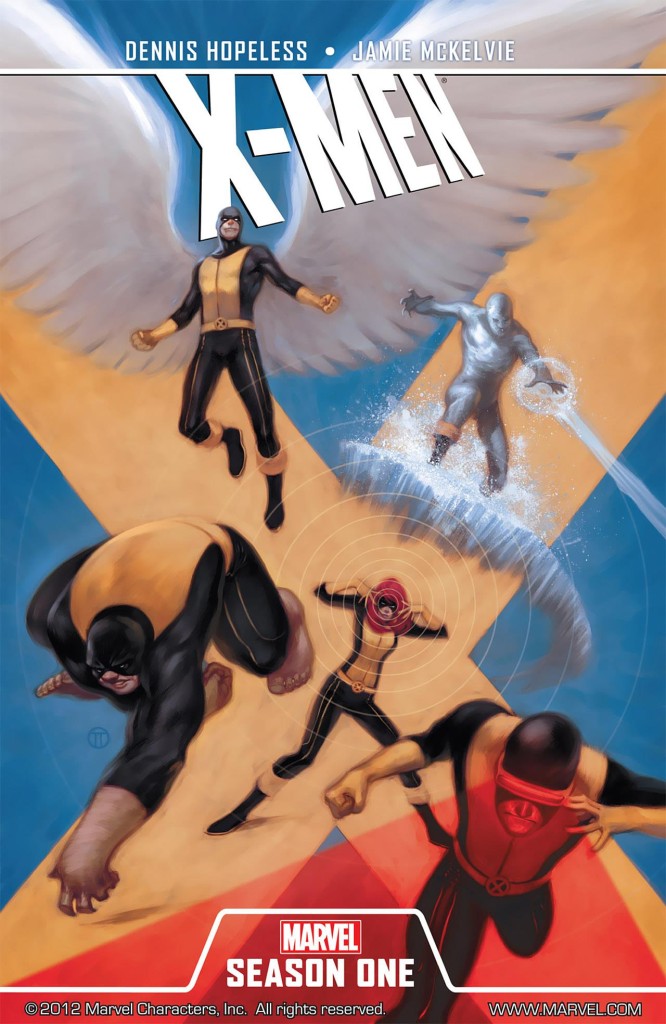 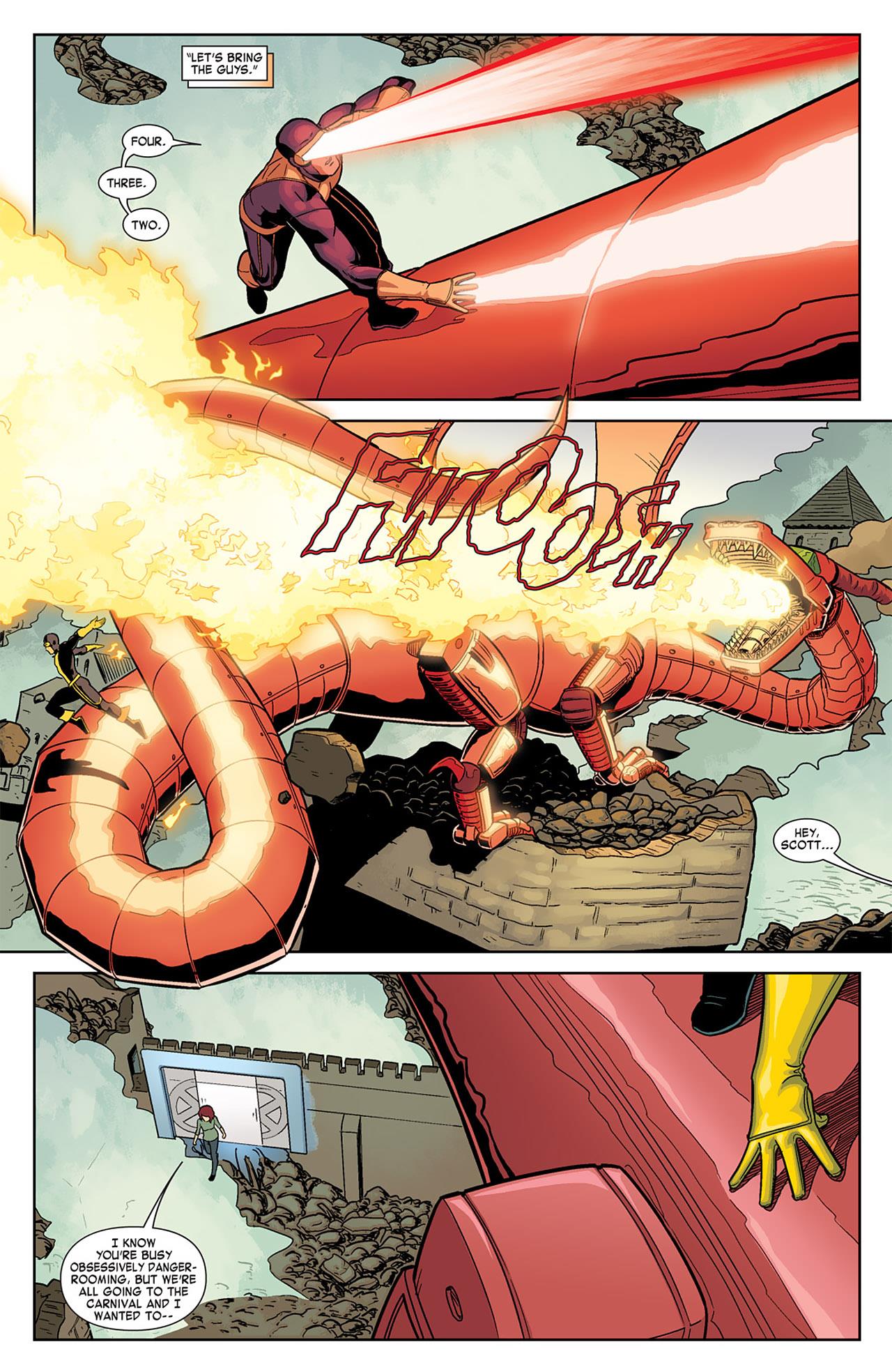 The X-Men is one title in the Marvel stable that has constantly evolved over the years, the team morphing and mutating (sorry for the pun) from one line-up to the next. Many writers have contributed stories from co-creator Stan Lee to Roy Thomas, Chris Claremont’s staggering sixteen years on the title to cement its popularity, not to mention the ground shaking changes Grant Morrison and Mark Millar brought with their incarnations. Among the notable artists contributing to the title were John Byrne, Dave Cockrum and Jim Lee, whose 1990s costume designs would become recognisable as a classic X-Men look. Into this impressive and very intimidating throng steps writer Dennis Hopeless and capable artist Jamie McKelvie to introduce Stan Lee and Jack Kirby’s original 1963 line-up to a new generation of fans in X-Men Season One.

It opens with the teenaged Jean Grey (Marvel Girl) in her first mission before flashing back to her arrival at Charles Xavier’s private school for ‘gifted’ youngsters. She meets the brooding Scott Summers (Cyclops), the vain Warren Worthington III (Angel), the genius/athlete Henry ‘Hank’ McCoy (Beast), and youthful prankster Bobby Drake (Iceman). Jean serves as narrator of the story, her sarcasm and irritation plain at being forced to do something she doesn’t want by a man she doesn’t know and has no idea what she is in for. It’s a new spin on old stories, with the personal interactions that make this work. From the X-Men’s first encounter with Magneto and their rivalry with the Brotherhood of Mutants, a teenage realism and attitude permeates.

Jamie McKelvie brings a crisp, clear and visually impressive style to this modern interpretation of the original team. There is a lot of fun to be had as he brings the X-Men to life with his customary precision. They feel like real youngsters, hormone laden and prone to childish spats. Jean is your typical teenage girl who won’t back down and gives her opinion whether Xavier wants it or not. Bobby’s fascinated with girls and having fun, so a nice relationship develops between him and the older X-Men, especially Hank and Scott.

X-Men Season One is a well-rendered homage to Lee and Kirby’s origin story, though a few elements prevent it from being first-class. The plot rattles along too quickly, not fast enough to spoil team interactions, but the introduction of outside characters like the mutant brotherhood or missions in the Savage Land definitely intrude. Hopeless and McKelvie take pains to control the back and forward movement of the story, but it’s awkward as too much occurs over too short a period. McKelvie draws the original team costumes well, but the 1960s design still clashes against the modernity of 2012. Did Xavier spend all his money on the Danger Room then pick up the costumes from a second-hand sale at a theatre company? Hopeless even manages to squeeze in acerbic comments on the costume from his players. If they felt that strongly, enough other details have been altered, so were the original costume designs really necessary?

At the end of the day, very few young readers (and that’s who this is aimed at) are going to go to the source material.  if you insist on making sure your kids know the proper origins of the X-Men outside the film franchises, then this is a fun alternative.