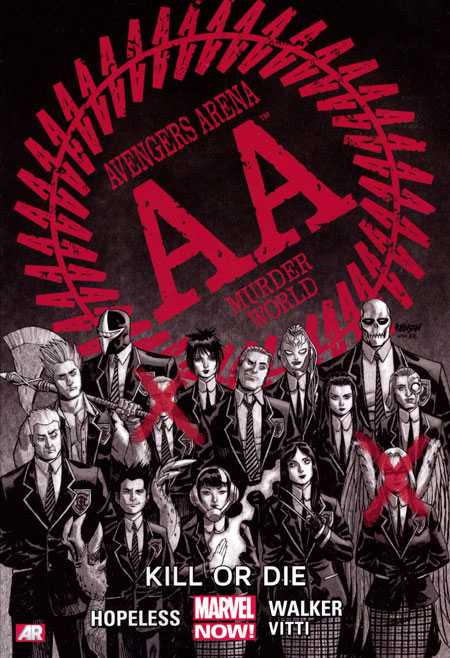 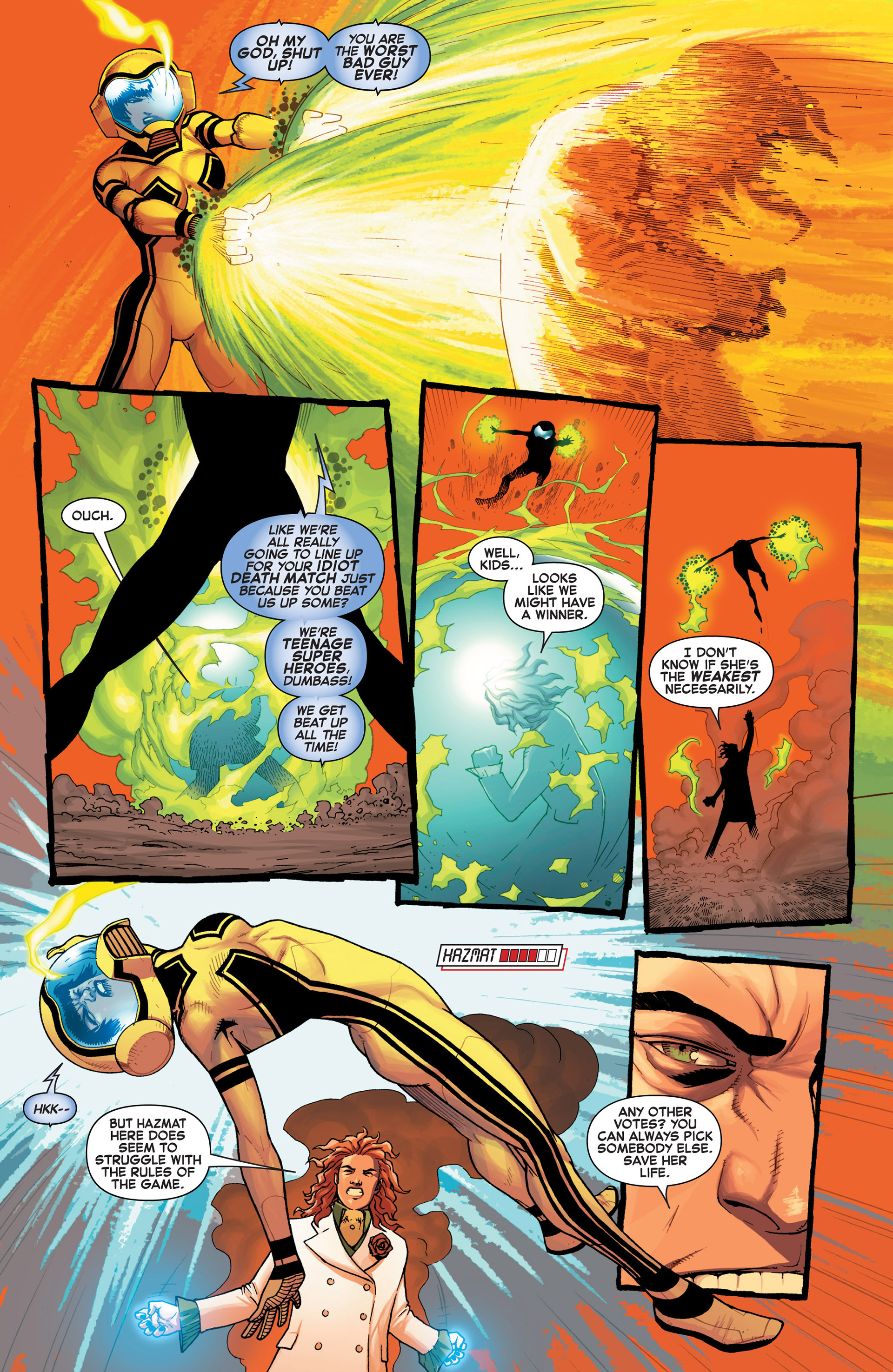 The title is a touch misleading;  no Avengers star in the series, and the venue is never referred to as  ‘Arena’. But it does feature four newly-minted ‘Avengers 3rd Grade’  from Avengers Academy, and, well, they couldn’t very well call it Marvel’s Battle Royale, though that’s what it is.

Sixteen young super-beings are kidnapped, teleported to a remote island, and told that in thirty days, only one  will survive. Our villain is Arcade, who’s done this sort of thing many times before, but this time, he’s built an entire ‘Murderworld Island’ , where every aspect of the environment is under his complete control, as well as amping up his abilities to superhuman levels, effortlessly resisting the attempts of the captives to overpower him. While the new Murderworld is the deadliest yet, the greatest threat our heroes face is each other, as they are manipulated into battling for survival, with alliances and enmities rapidly changing.

The protagonists are a medley of previously-established characters and built-for-purpose red-shirts.

From Avengers Arena, we have Mettle, Hazmat, X-23, Juston and Reptil; from the Runaways, Nico Minoru and Chase Stein; Cammi, who was involved in various Annihilation and Guardians of the Galaxy events; Darkhawk, former star of his own 1990s series, and legacy heroine Red Raven, daughter of the 1940s original, who had appeared in Defenders.

Created out of whole cloth were several members of the equally-new Braddock Academy, home of Britain’s heroic next generation – Kid Briton, Cullen Bloodstone, Apex, Nara and Anachronism, and Death Locket, an adorable tween cyborg menace in a Hello Kitty t-shirt.

Scripter Dennis Hopeless averred that this was a series he didn’t want to write. In interviews, he’s stated that in a lengthy pitch to Marvel, one of the passing plot threads mentioned was a death-match in which various super-heroic schools would be pitted against each other. And that’s what the Powers-That-Be latched on to. Despite Hopeless’ reservations – shared in equal, if not greater, degree by the readership – he set out to do his best, and does pretty damn well.

In Avengers Arena, death is taken a lot more seriously than in the wider Marvel Universe. Characters – not just walk-ons, but ones we have come to know, and in some cases love – cark it and aren’t conveniently resurrected. In fact it’s remarkable that, given the several years since publication, all the on-panel deaths remain canonical.

That this isn’t going to be a safe, tame Contest of Champions is emphasised by the end of the first chapter – first issue of the comic: a much-beloved character from Avengers Academy  bites it in a twist-the-knife moment guaranteed to appall, but intrigue, the readership. This demise sets several major character arcs in motion, and establishes the overweening theme of the series; readers may, having heard about the premise, come for the carnage – but they stay for the character development, which, though intensified by the high-stress scenario, rings true.

By the end of the volume, the reader ceases to differentiate between the ‘old’ and ‘new’ characters, and has become emotionally invested in all of the survivors. This isn’t always in a good way – there’s several love-to-hates among the cast.

Main artist Kev Walker is handed an advantage in that he gets to design and develop nearly half the cast, but to his credit, he’s equally adept with the established characters, and the emotional and physical vigour of our volatile protagonists is well portrayed. Walker’s character sketches and some alternate covers round out the book, and the tension mounts in the next volume, Game On. 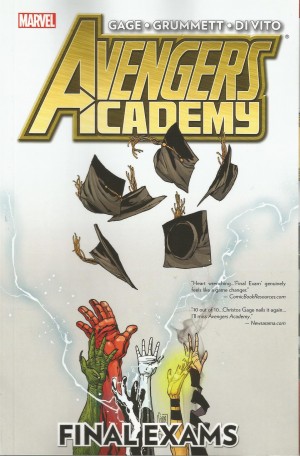