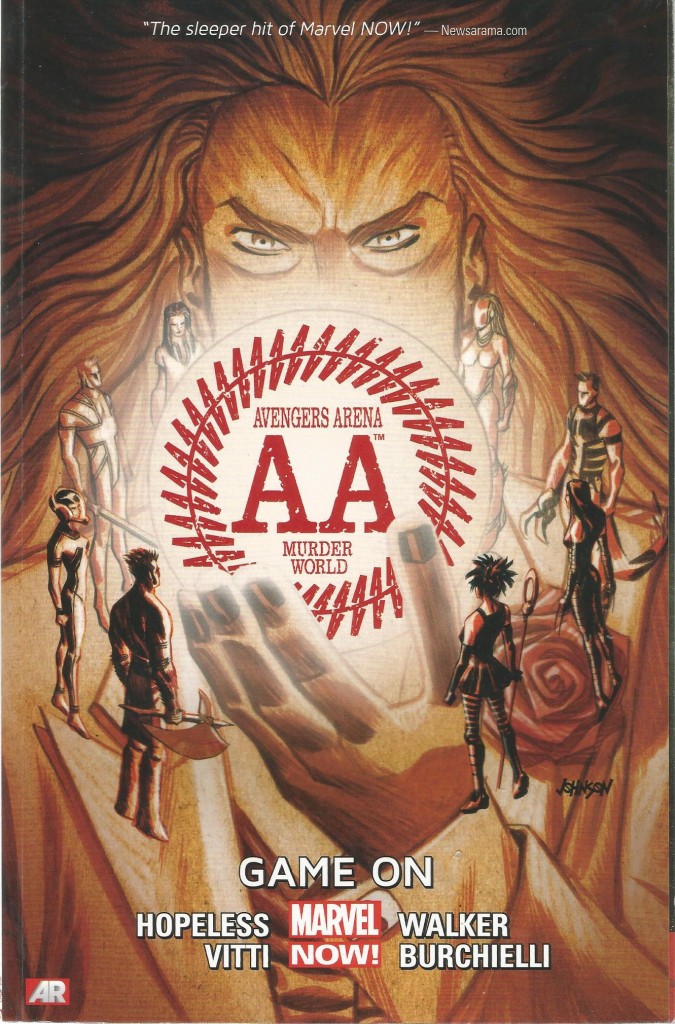 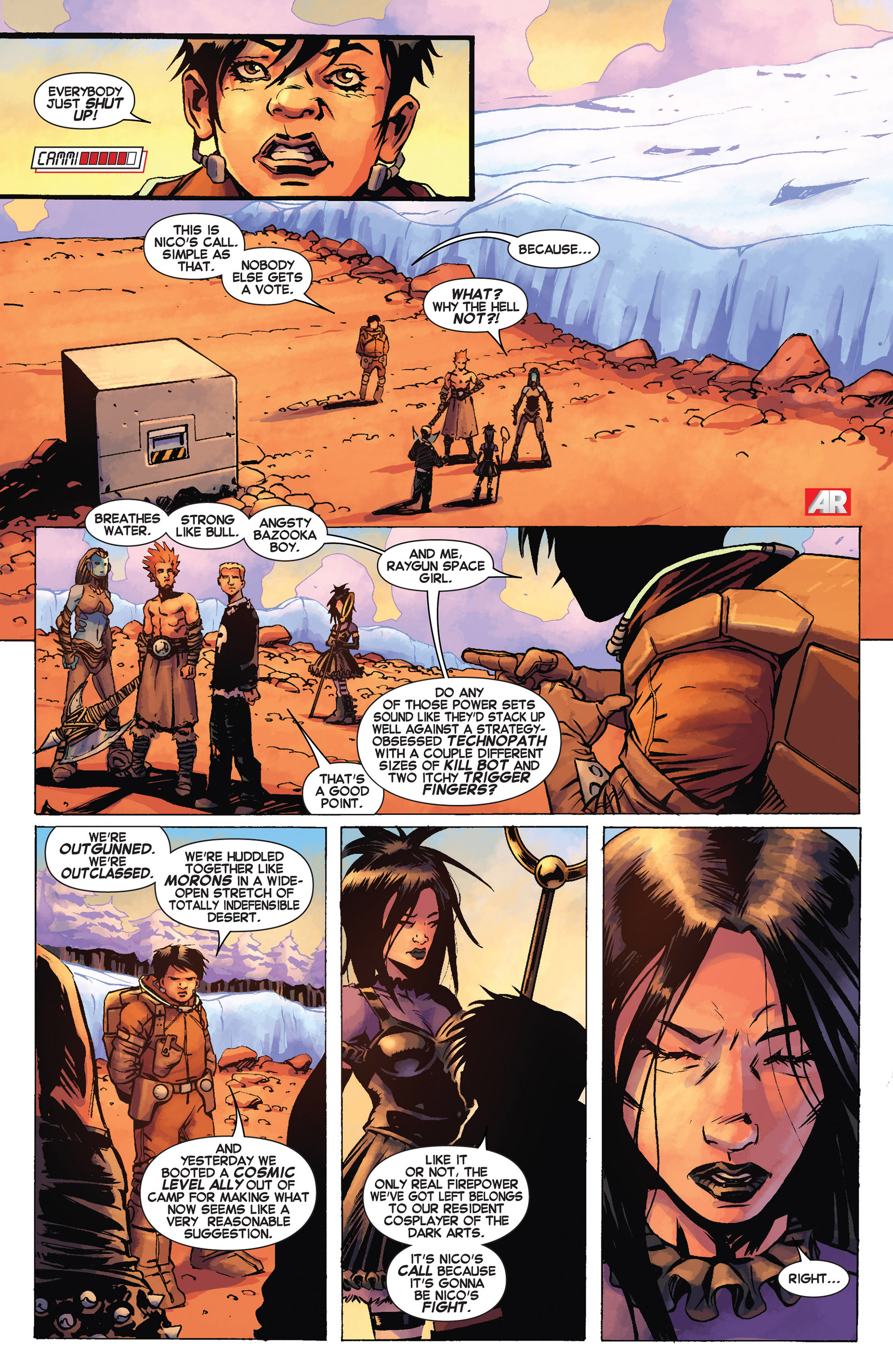 After the unnerving final ‘money shot’ of the previous volume, with one of our young cast being beheaded by another, this graphic novel opens with an appropriate ‘breather moment’, a flashback to our villain, Arcade, and the events that led him to this Hunger Games tournament for teen heroes.

As mentioned in Avengers Academy: Arcade – Death Game, Arcade had become a synonym for failure, what with his elaborate death-traps, despite having being tested on dozens of superheroes, having scored zero fatalities. He didn’t realise how low he’d sunk in the eyes of his peers until at his birthday bash – to which scores of super-villains were invited -when he eavesdropped on his guests. He discovered their opinion of him as a pathetic joke, a useless parasite, who’s only even amusing after they’d drunk a hideous amount of his alcohol.

Unnerved by this realisation, Arcade ill-advisedly attacks his guests, leading to a cycle of retaliation and revenge that takes him to the proverbial rock bottom – and from then, with the aid of his shapely and super-smart assistant Miss Coriander, he hits on the idea for Murderworld Island, his most spectacular showpiece yet.

With these insights delivered, we’re back into the main narrative, and our young heroes – three of whom had perished by the end of Kill Or Die – are placed under still greater pressure, as resources are withdrawn and the threat levels amped up on their island prison. New alliances are formed, one of our heroes has a big reveal about their dual identity (not what is normally understood by that phrase), and two leaders emerge from the pack; one ready to sacrifice all to save their comrades from Arcade’s death games, and the other embracing ‘the rules’ and taking the life of another contestant. Meanwhile, two more of our unwilling players – one in a virtually psychotic state of denial – are sitting out the deathmatch and playing “sandiest arse on the beach” until the conflict is brought back to them.

The dialogue is a delight. Yes, there’s a lot of deadpan snarkery going on – at times, it sems like the kids of the cast are auditioning for a new Buffy series, the one-liners come so thick n’ fast – but in the reflective moments, we recognize the characters we’ve met before, and become progressively more intrigued by the ones who were created for the series. Scripter Dennis Hopeless continues to impress, particularly with the conclusion, where the reader is led to believe we’re being given a predictable cop-out – and then it becomes evident something else is going on.

Artistically, it’s a bit up and down, but the transitions are made less jarring by the ‘subs’ being on discrete segments of the narrative. Alessandro Vitti’s fill-in work on the Arcade flashback is particularly brisk and fresh, but Kev Walker continues to illustrate the main narrative, giving our heroes and endearing gawkiness even as they do, sometimes, unspeakable things. The series continues, and concludes, with Boss Level.