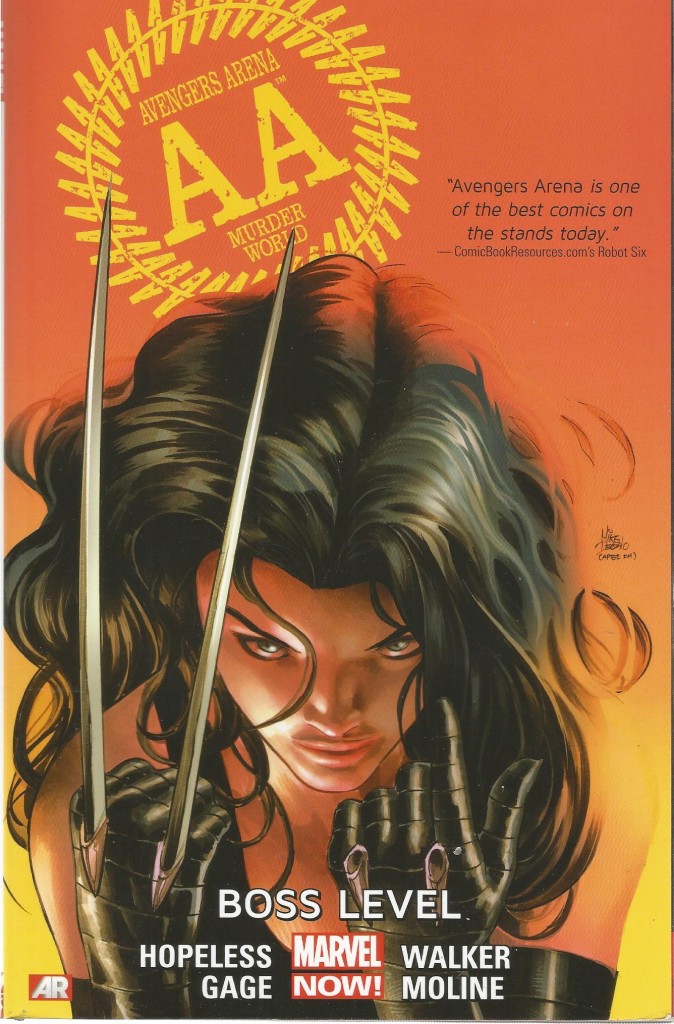 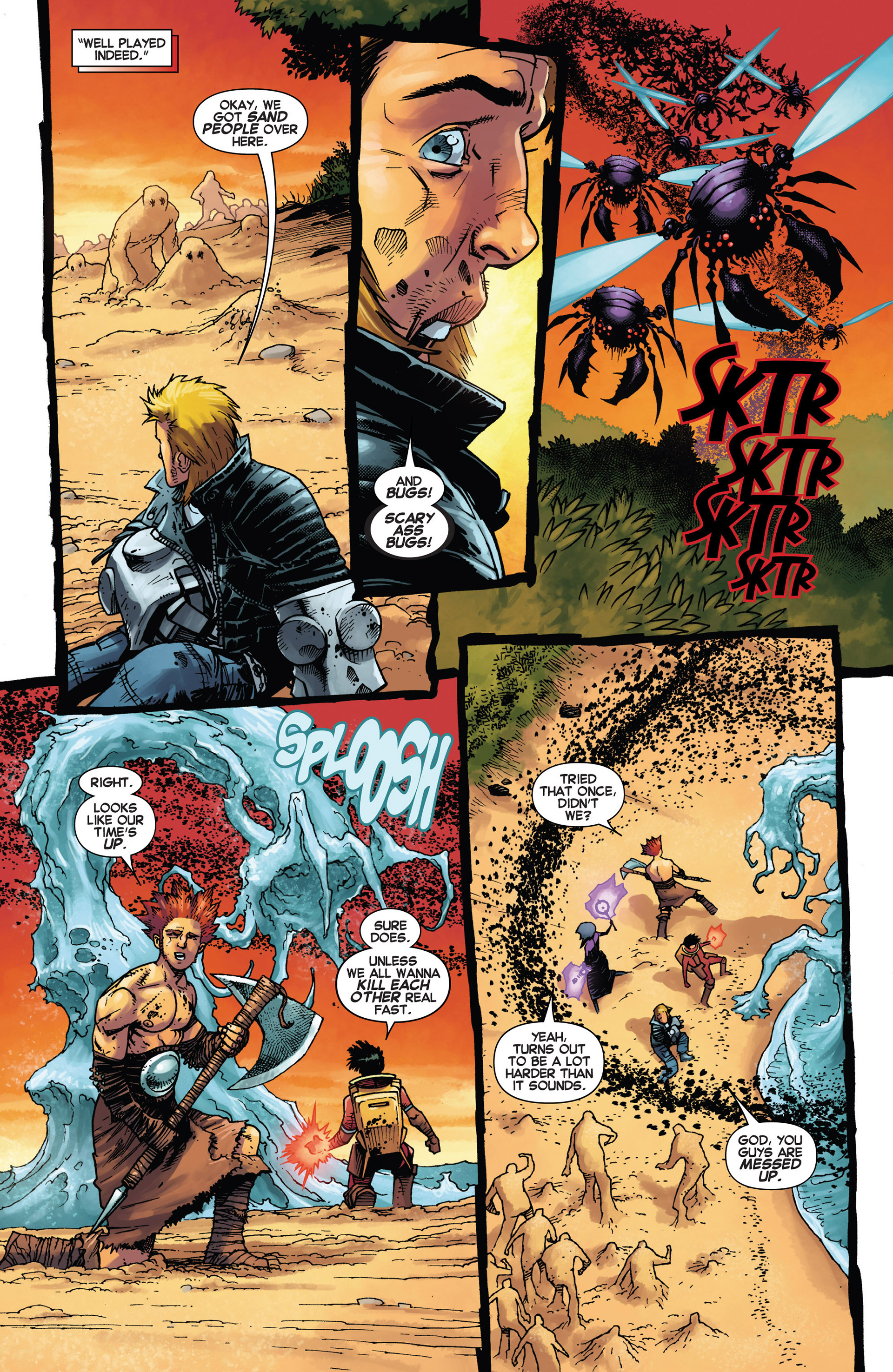 As with the previous volume, Game On, this opens with a change-of-pace chapter to allow the audience to catch their breath after a big reveal. Unlike the previous flashback of how Arcade built his toys, this is more a flash-sideways – to the present day, explaining why, when teenage heroes have gone missing all over the world, their adult mentors and teachers aren’t out looking for them.

And the answer is… nobody knows they’re gone. By using written notes, texts, faked phone calls, social media updates and Life-Model Decoys, Arcade explained away the absence of all the abductees – as drop-outs, elopers, or, in one particularly heart-rending case, returnees to their own family. Or so the family thinks. It’s clever, intricate, and well-paced, with Hank Pym and Tigra, alerted by Molly, junior member of the Runaways (the only person not fooled by the fake communications, but too young to do anything about it) looking into the situation – and failing, despite their suspicions and best efforts, to find any evidence. Guest-written by Christos Gage, it’s almost like a bonus, if grim, issue of Avengers Academy thrown out there, and an enjoyable exposition piece before returning to the regularly-scheduled mayhem.

Back on Murderworld Island, we’re in Day 29 of Arcade’s death game – our remaining young heroes must kill each other, with only one survivor, or be completely wiped out by Arcade. By the judicious use of psychological manipulations, Arcade brings most of our cast to the point where they’re willing to turn on each other. Two of the heroes however (though the status of one as a hero is compromised, to say the least, by this point) have discovered Arcade’s underground lair, and the tables are about to turn. Or are they?

This volume is greatly helped by being drawn mostly by the series’ co-creator, Kev Walker. Karl Moline draws the guest-chapter by Gage, as well as one fill-in, and has improved significantly since his time on Avengers Academy, but it’s Walker who takes the gold when putting the characters through their physical and emotional traumas.

Avengers Arena was a controversial series from the first announcement. It was the series that, according to his own account, Hopeless didn’t want to write. It was the series many didn’t want to read, given its appalling treatment of some well-loved characters. And it was a series that, through sheer quality of narrative and character-building, entrapped its audience, who eagerly awaited each new issue as they cringed from the events in the current one. The most reluctant hit ever.

And it’s over. Our heroes (at least those from the original sixteen who survive) have won. But what next? Unlike most battles, where once the Big Bad is put down, the status quo restored in pretty short order, the actions these youngsters were forced to take, and the consequences of those decisions, clearly have left scars. And those scars would be explored in Hopeless’ follow-up series, Avengers Undercover.