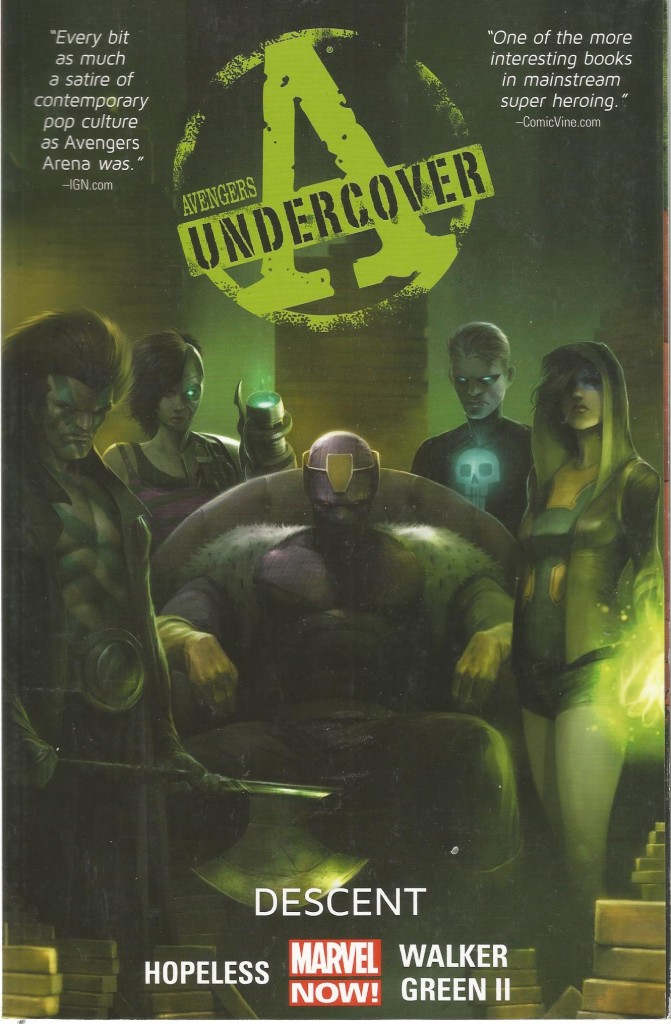 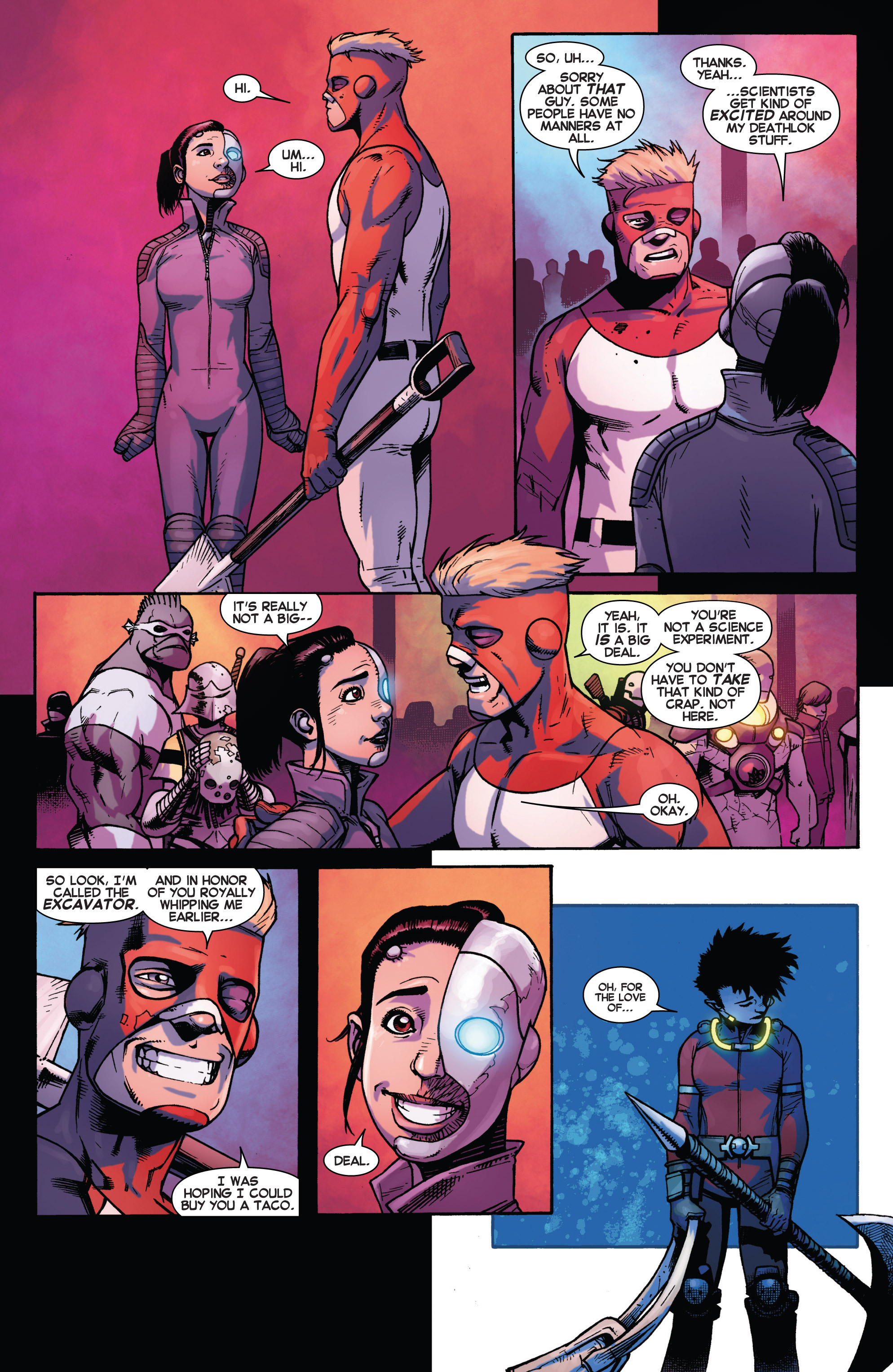 This review serves as a de facto spoiler to the ending of Avengers Arena, as it identifies the survivors of that series, it being virtually impossible to review Undercover without naming names. So if you haven’t read Avengers Arena…

At the end of Avengers Arena, the survivors swore never to reveal what happened in Murderworld – but their tormentor Arcade streamed footage of the death games over the internet. They returned to find themselves ‘stars’ of a lethal ‘reality show’, their most intimate moments and personal traumas consumed by a couch-potato fanbase worldwide.

Three months later, the Arena survivors (seven out of eight – X-23 was co-opted back into the X-Men franchise, so unavailable) are back in the real world, but shattered and aimless.  Some are coping better than others – Cammi is rebuilding her life with her reformed alcoholic mother, and Anachronism seems reasonably well-adjusted, but Hazmat, despite having gained control over her powers, is an even greater ball of toxic rage, and Chase a total media whore, figuring that if the world saw everything anyway, why not exploit his fame? Cullen Bloodstone, never the mental stability spokemodel, gets the band back together and takes them to Bagalia, an independent nation of super-villains. This trip ends in the custody of S.H.I.E.L.D. agents, who imprison them for conspiracy to murder.

Unexpectedly, they are rescued by the ruling council of Bagalia under the ‘big bad’, Zemo – who saw their untapped potential, and posits that, given the disatrous paths of their heroic careers… maybe they’d do better as villains? Our heroes explore the new life on offer and the series title is fair indication of the choice most make, but are all our cast completely on board?

Writer Dennis Hopeless takes some favourite players from Avengers Arena and shakes up the toybox again, with a  refreshing premise and the deft characterization we’ve come to appreciate. He’s a little fast-and-loose with some of the background characters, though – Constrictor’s redemption from Avengers Initiative has been jettisoned for expediency, but Daimon Hellstrom, by comparison with some of his previous iterations, is positively cuddly. Hopeless is gratifyingly clued-up to the pulse of the Marvel Universe, and there are enough cameos – not only with Bagalia’s villainous denizens, but friends and family of our heroes – that the series is a convincing part of a larger canvas, yet eminently satisfying in its own right. Even characters like Cammi’s mother have moments of emotional brilliance, which lesser writers wouldn’t bother with for such peripheral figures.

Kev Walker, who co-created many of these characters in Arena, continues as the primary artist, and his wry, down to Earth interpretation of the heroes simply emphasises their close, if strange, inter-relationships.

The series maintains the consistently high standard set by its predecessor, Arena – though nitpickers may cavil that it’s even more removed from the Avengers franchise, with precisely one of its heroes, Hazmat, having even the vaguest Avengers connection. Technically correct – but by now,  irrelevant, as we’re inextricably engaged with the characters.

The series continues, and concludes, with Going Native.