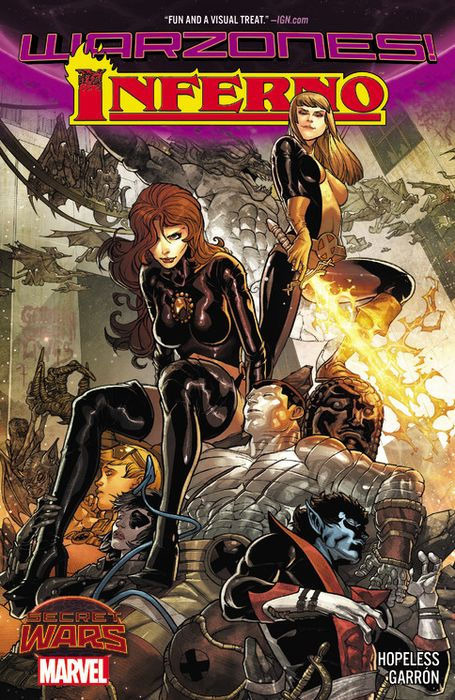 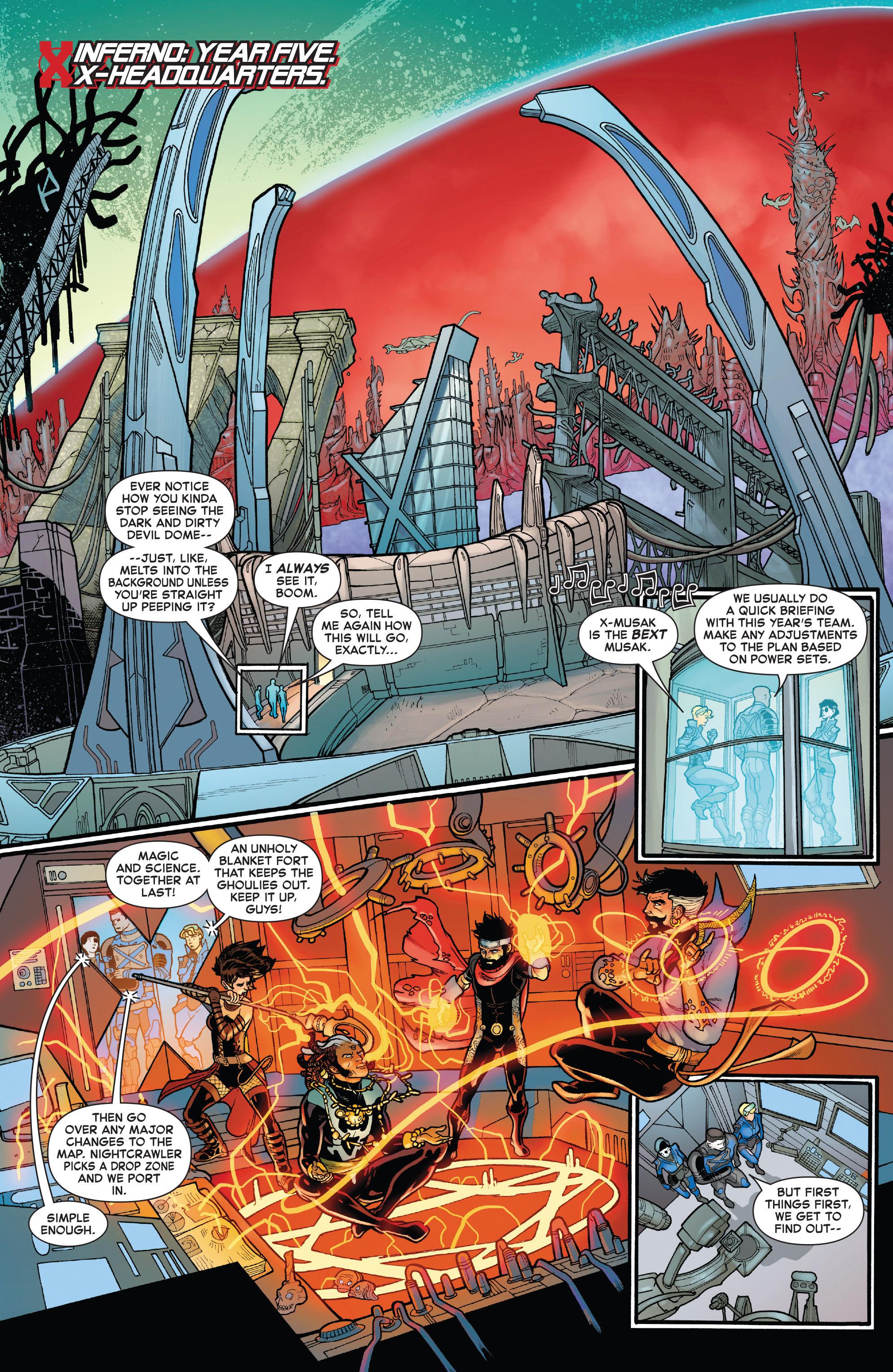 Warzones graphic novels revisit eras from Marvel’s past to present a varied scenario, or take another look at alternate worlds created over Marvel’s rich history. The bigger picture is that they tie-in to the 2016 Secret Wars graphic novel, but aside from a few comments about the world being ruled by Doom, there’s little that causes head scratching, and the Warzones stories stand alone. Inferno was a late-1980s X-Men crossover in which the demons of Limbo crawled up into Manhattan.

For this alternate version Dennis Hopeless switches the original ending. The X-Men are unable to stop the threat, their colleague Magik becomes corrupted and Manhattan is over-run with demons. Magik’s brother Colossus has extracted a promise from the X-Men that he’ll not disrupt the status quo if once every year there’s an attempt to breach the demons’ defences and rescue his sister. The graphic novel opens with the fourth attempt.

Javier Garrón is fantastic when it comes to populating the pages with dozens of demons and in creating an unnerving and constantly shifting environment, but the cost of this is messy looking pages. It’s as if he starts noodling away and becomes so enthusiastic he can’t see when the page is complete.

A plot common to many Warzones graphic novels is the last ditch attempt by the few to overthrow a tyrannical overlord of some sort. Inferno appears to be heading in much the same direction, but Hopeless throws in a few twists, with more than one mastermind’s attempt to wrest control of Limbo from Magik. He’s also considerate in providing cameos for mutant characters not often seen at the time of publication, possibly personal favourites, and it’s not often that Colossus has such a meaty role in the regular X-Men titles. The dialogue occasionally slips into arch-monologuing, but anyone who enjoyed Inferno the first time round is likely to be happy enough with this revisitation. Those to whom the scenario is new will also have a ball with demons vs X-Men. 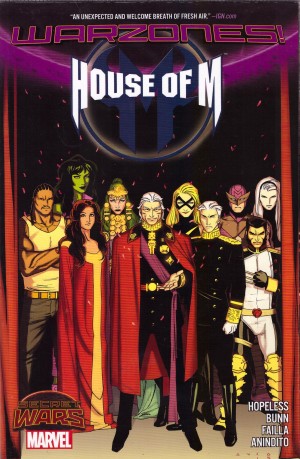