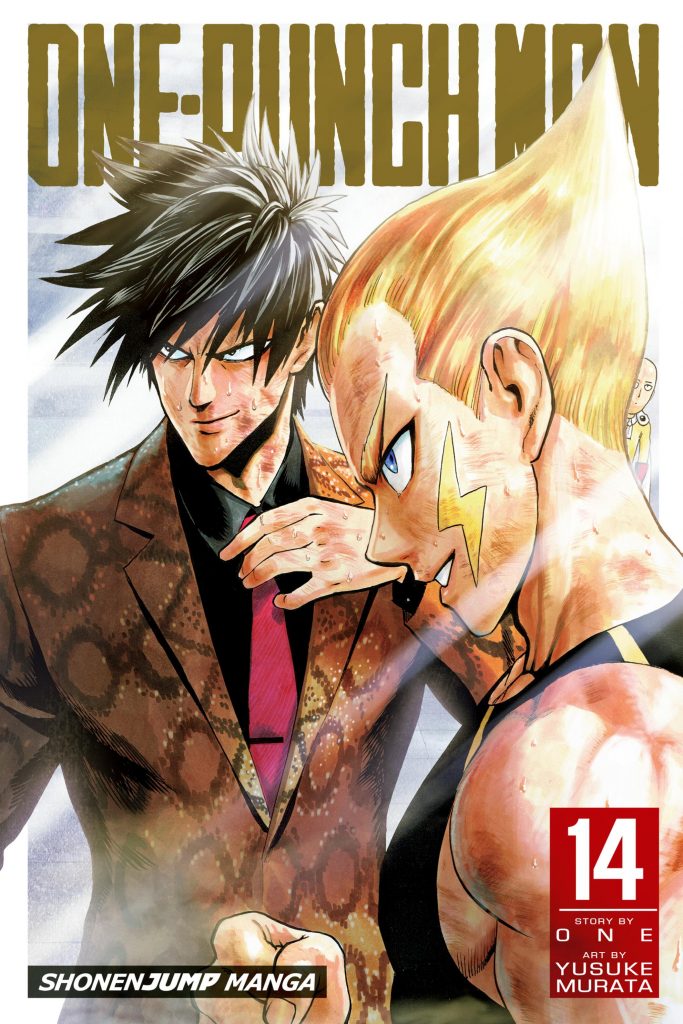 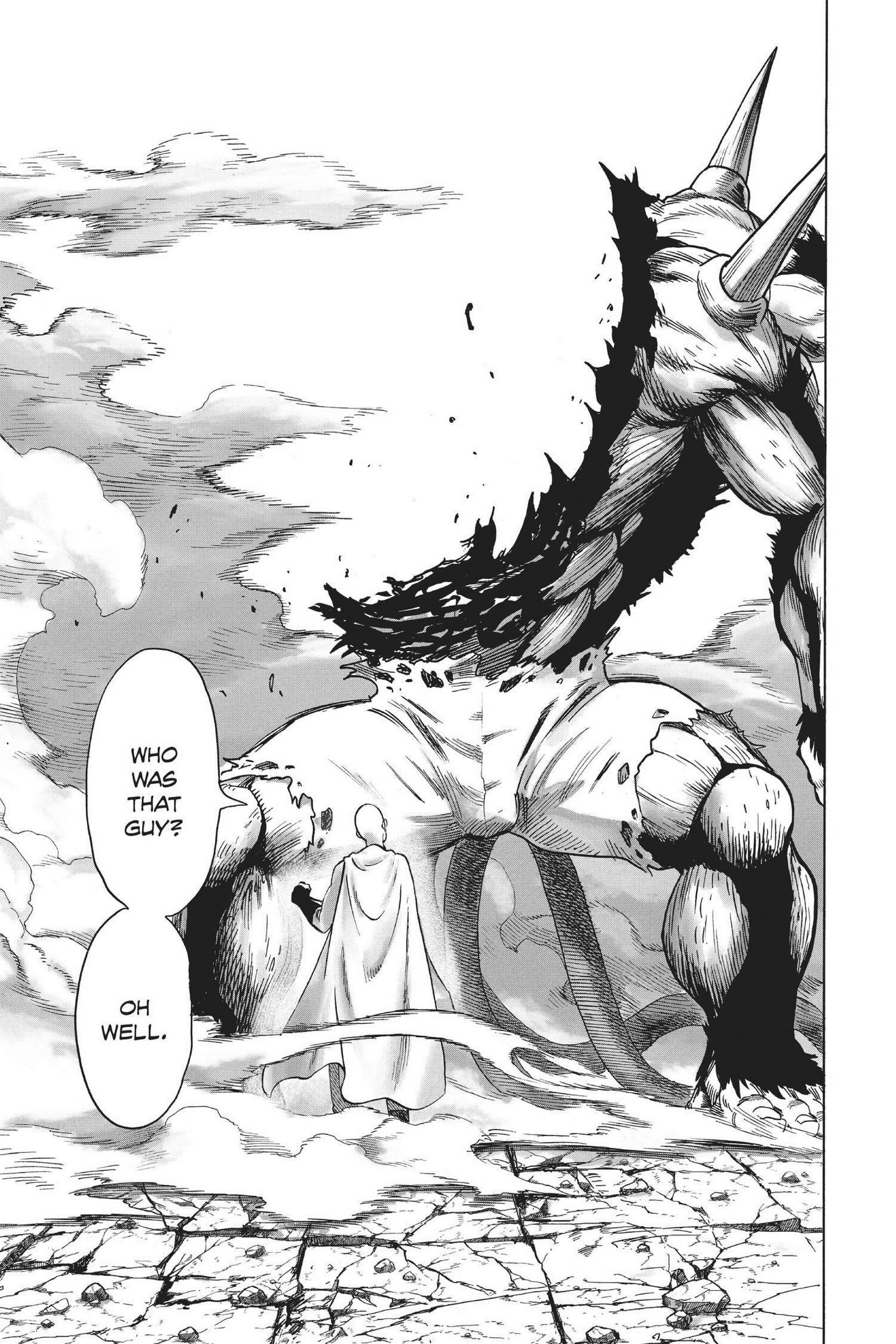 In 13 One concluded the story of Saitama, our One-Punch Man, at the martial arts tournament, with monsters turning up, as the two main plots One’s had running over the past few volumes finally intersect. Making matters worse is that the monsters are led by Goteksu, the first Superfight winner from years gone by. An earlier chapter showed the means by which heroes are transformed into monsters, and we’re now shown the methods, although they’re relatively simple. Will those contestants who lost their bouts be tempted by the inducements of extra strength and enhanced abilities? And if so, will contest winner Suiryu finally be provided with a challenge?

Since the Monster Association began their attacks in 10, a fair amount of ground has been covered, and midway through this volume One provides a summing up of what they’ve achieved, and outlines their purpose. The situation looks grim, hence the volume title, but what’s that saying about it always being darkest before the dawn? One sustains the tension well, building up to an ending we know is coming, but which is thrilling and beautifully played out for all the predictability, and Yusuke Murata matches One’s audacious plot with some great art.

By the end of the book Saitama is finally up to speed regarding what’s been happening in the wider world as he’s been playing about in the martial arts tournament, which leads to another fantastic moment in what’s been a fantastic volume. The monsters have been running riot for a long time, but that comes to an end in 15.