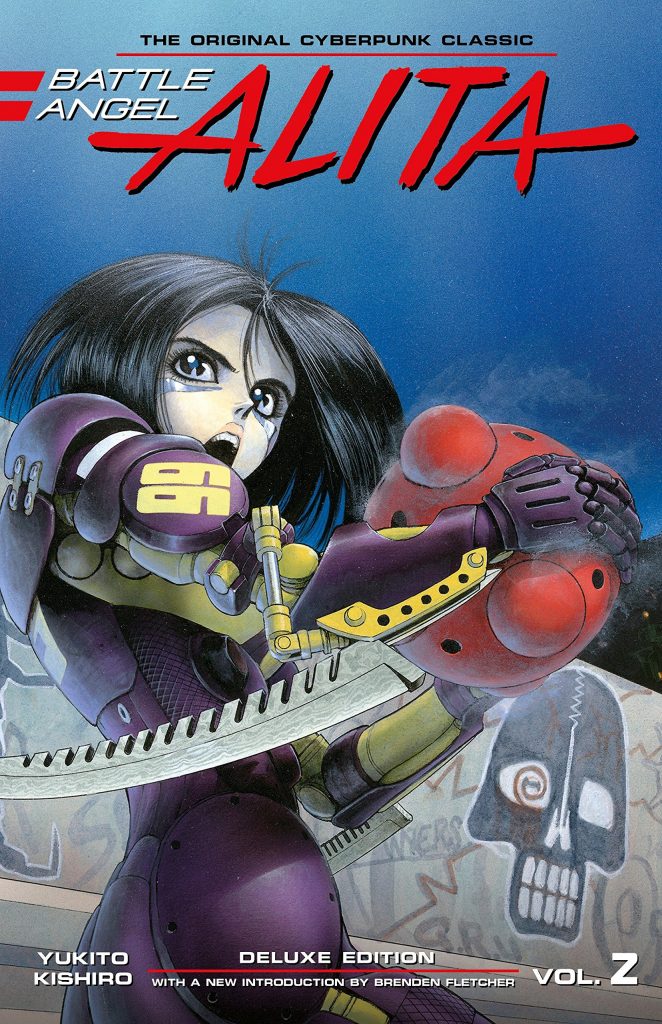 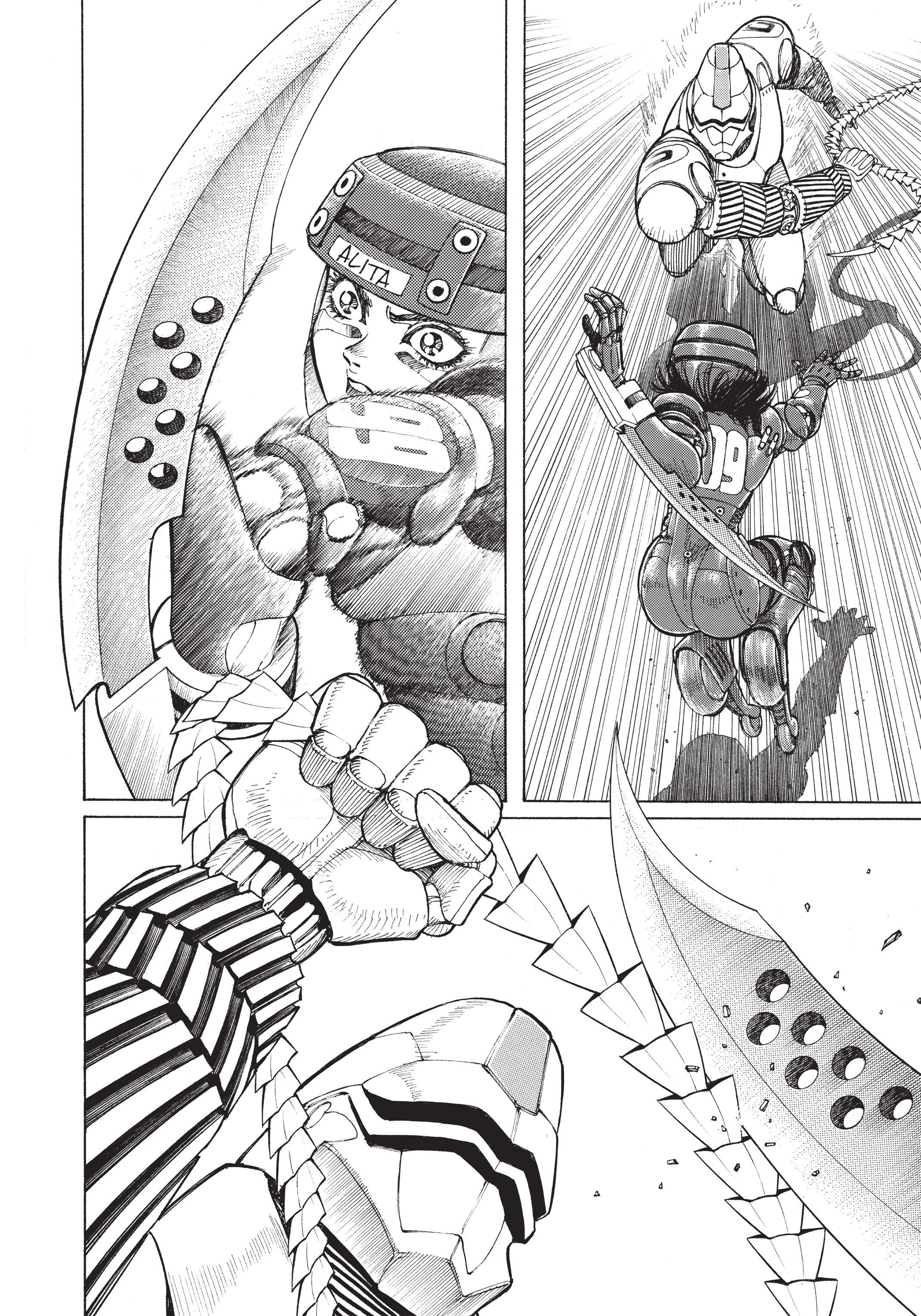 This second re-formatted hardcover version of Battle Angel Alita completes the story of Alita’s tragic love for Yugo from volume one, before delving into her headlong spin into the world of Motorball. In earlier printings the ‘Guilty Dreams’ chapter is packaged with the remainder of Yugo’s story as Tears of an Angel, but included here it provides a contextualising reason for Alita’s sudden desire to separate herself from father figure Daisuke, whom she considers controlling.

There is actually no need to have read the first volume as the story here is pretty well self-contained and the elements that do track back are easily picked up. Motorball is reminiscent of the film Rollerball, track based video games, and for British readers the future sports stories seralised regularly in the first few years of 2000AD. Yukito Kishiro distances himself slightly from Rollerball by presenting a coherent and brutal sport where cyborgs have at each other with the ultimate aim being to get an individually designed ball across the finish line, and he designs it so someone seemingly eliminated can still win. We’re not just thrown in as Kishiro discloses the mechanics with diagrams and course maps, develops a whole posse of individual competitors. Alita begins in the bottom division, but ends up challenging the sport’s supreme champion Jasugan.

Alita has a motivation for participating in Motorball, as moments of great tension release memory fragments of her earlier life, important to her at this stage. Kishiro also studies the complex feelings Daisuke has for Alita, defining them via his finding a girlfriend, although her secondary purpose is exploitational. However, it’s Motorball that’s Kishiro primary interest, and almost all other story elements service many, many pages of track action. These are spectacular, both in terms of character design and the kinetic way Kishiro lays out the pages for maximum impact, and having the sound effects in the original Japanese really works on the sports pages. It a small point, and having them in English hardly ruined the original translations of Killing Angel and Angel of Victory, but there’s a greater refinement to their look here.

Because this volume is predominantly action based, Kodansha’s new translation isn’t as frequently intrusive as in the first volume, but still clumsy, with the phrasing off key. A lot of translation notes follow the story, but they address the refinements of interpretation rather than dialogue. It’s the one sour note in what’s otherwise a great presentation of increasingly good material. After this story Kishiro moves the main continuity away from Motorball, but anyone really taken with the sport can find more in Volume Five, which includes Kishiro’s tie-in Ashen Victor. Alternatively all five volumes are available in a slipcased set with extra content.