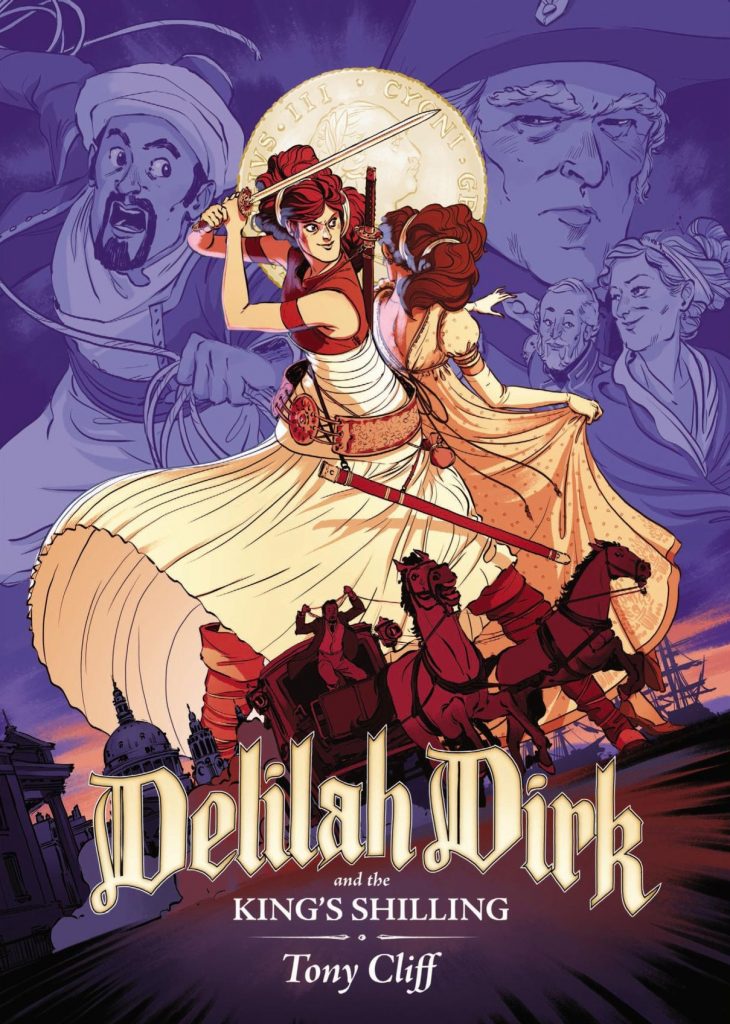 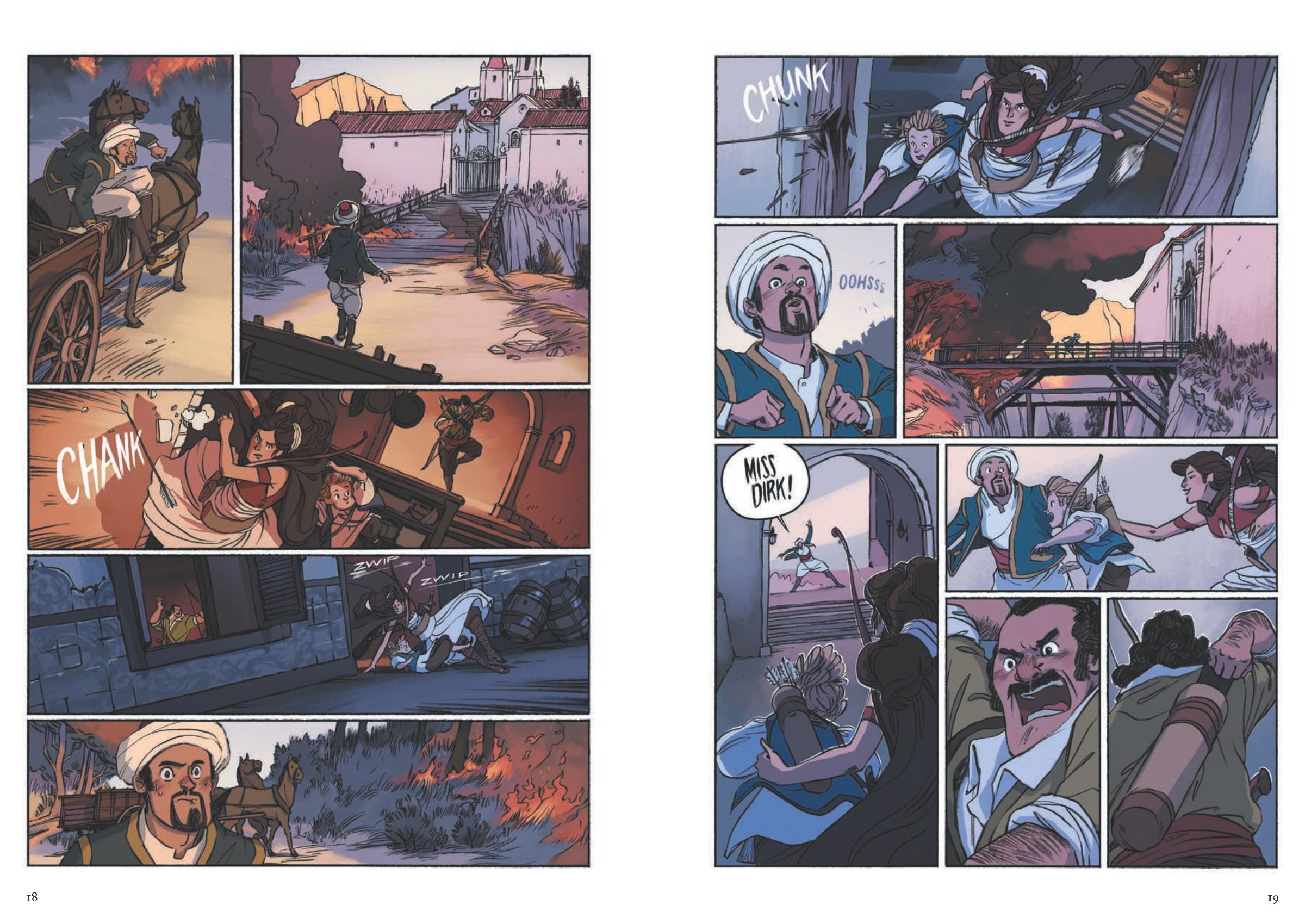 It’s been roughly a year since the end of Delilah Dirk and the Turkish Lieutenant, and Delilah and Erdemoglu Selim are now in Portugal. This being 1807, there are concerns about Napoleon and his French forces, who’ve invaded the entire Iberian peninsula, and Tony Cliff’s opening pages supply everything that’s required to know Delilah. She’s brave to point of being reckless, but capable, able to adapt to changing circumstance, and possessed of a restlessly adventurous nature. Selim acts as the voice of reason, attempting to temper her more dangerous inclinations.

British forces are also present in Spain in considerable quantity, as they’re at war with the French, but Delilah would prefer to avoid any soldiers. That’s not the way events play out. Cliff’s plot isn’t as deliberately episodic as the introductory book, with a connecting thread almost all the way through. Early on Delilah and Selim make an influential enemy. “When I’ve done my work, every Englishman will know about Delilah Dirk. Your name will be worthless. Worse than worthless. I will make an entire nation your enemy”. Of necessity Delilah becomes embroiled in a fight to clear her name, and additionally she’s not one to let any scoundrel get the better of her, even if it means returning to her family. Beneath that plot Cliff introduces a considerable amount of information about not only Delilah’s true identity and background, but about social conditions in Britain at the time. As Delilah’s family and that of her quarry are well to do, this concentrates of necessity on the upper classes, but there’s enough space for Selim to comment on the squalor in which many live.

While not in a romantic fashion, Cliff deepens the relationship between Delilah and Selim, who frequently has to intervene when the niceties of polite English society grate on her. Unfortunately, Selim’s help is from a position of servitude in Britain, the only acceptable position for him at the time.

Cliff is a fantastic artist, and doesn’t appear at all intimidated by anything Cliff the writer throws at him. In the back of the book he apologises for any possible historical inaccuracies, but he’s being way too hard on himself. The priority is an adventure story with some nice character touches. Anyone complaining that the belt on a uniform isn’t exact needs to check their head in at the door. Cliff is as convincing with the visual details as he is with his approximation of polite society. If there is a fault with the art it lies with the colour work, which tends toward the dull and bland. Muted tones are all well and good for some scenes, but there’s barely any brightness in what are cinematic pages that sometimes call out for it. Weighed against the joy provided it’s not a major complaint.

For the second time, Cliff produces rollicking, character rich adventure, and it’s a dense one to boot, clocking in at over 250 pages, which makes it tremendous value for money. The series continues in 2018 with Delilah Dirk and the Pillars of Hercules.