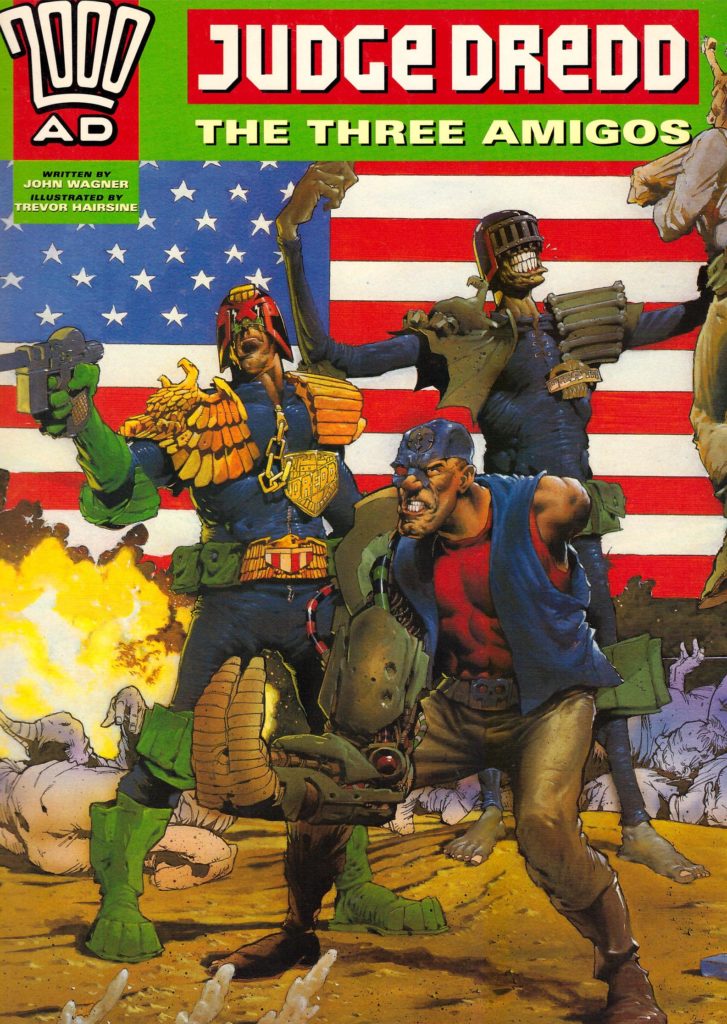 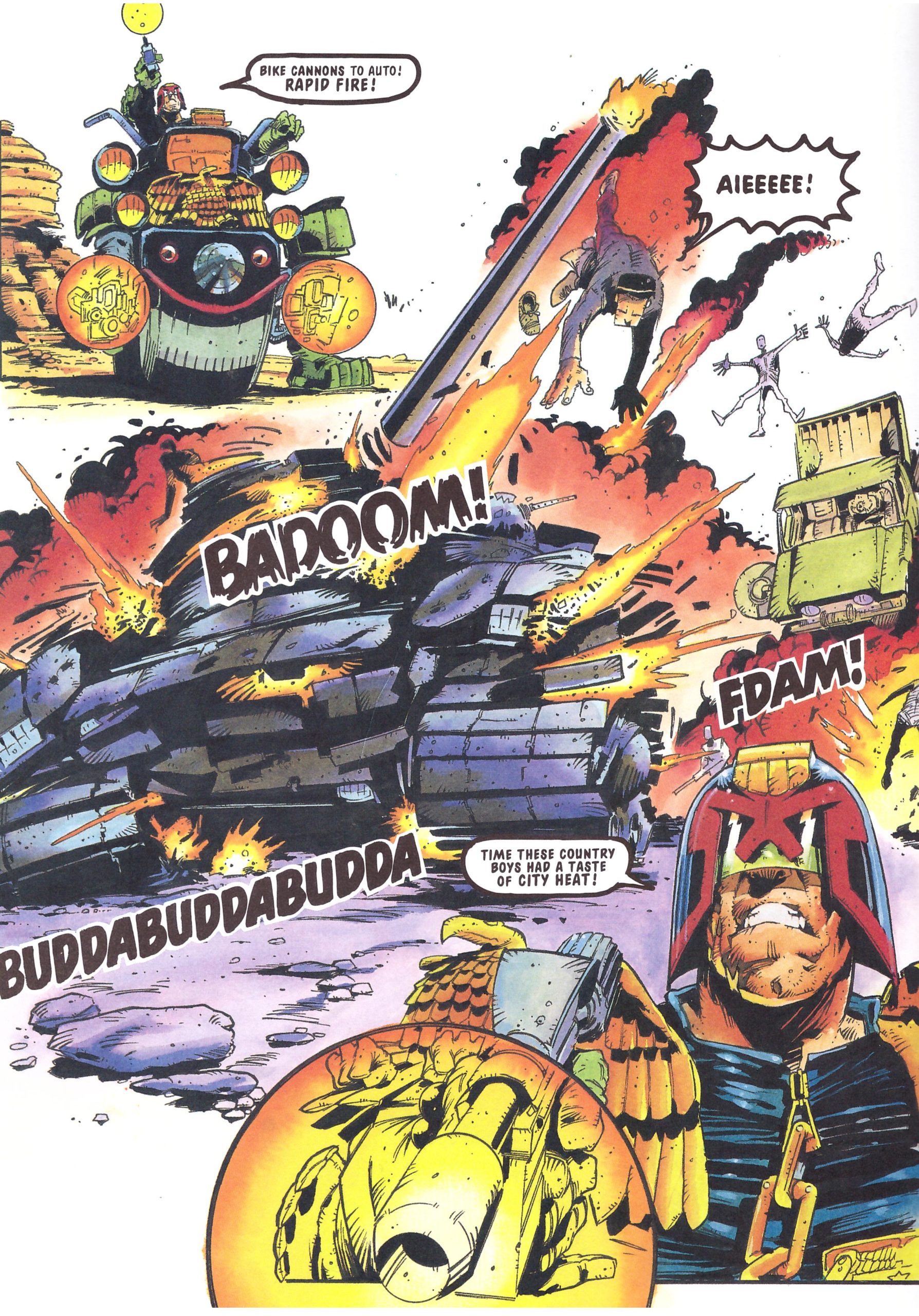 Trevor Hairsine’s cover portrait combined with the title instantly supplies the unlikely premise of Judge Dredd teaming with Mean Machine Angel and Judge Death. The thrill of that combination rapidly evaporates on considering the logic, and while acknowledging John Wagner as a first rate writer he doesn’t restore confidence with an opening chapter featuring a caricature of then US President Bill Clinton. Here he’s Clinton Box, leader of the Arkansas Redpants, attempting to create a mutant state in the Texas radlands.

In order to be fair to Dredd’s creator and greatest ever writer it must be noted that he applies a logic to the plot, and a reason for the team-up, except it’s all too easy. Wagner coasts for five episodes running through Western clichés while Mean Machine is largely wasted and Death has a larger purpose, but also one that could have been achieved by some intimidation and flying fists. Even accounting for it not being intended as remotely serious, there just isn’t the full ration of fun that might be expected. The best of The Three Amigos is the final two pages in which Mean Machine earns his reward. It’s pure Dredd magic.

It’s a shame for Hairsine that he’s landed with a relatively lame plot, but it has its visual elements, and he draws the hell out of them. By the time of The Three Amigos he was moving away from his Mike McMahon style, but as the sample page shows, he’s learned a lot from the way McMahon lays out a page, and his Dredd is nicely chunky. The story is now also found in Judge Dredd: The Complete Case Files 23.