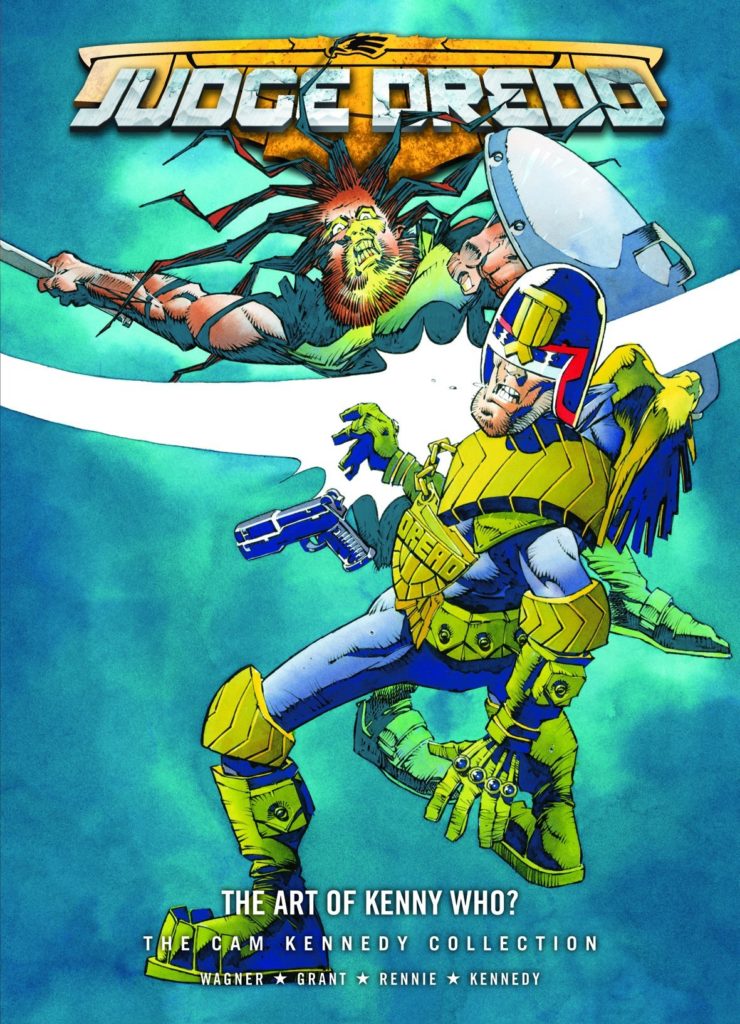 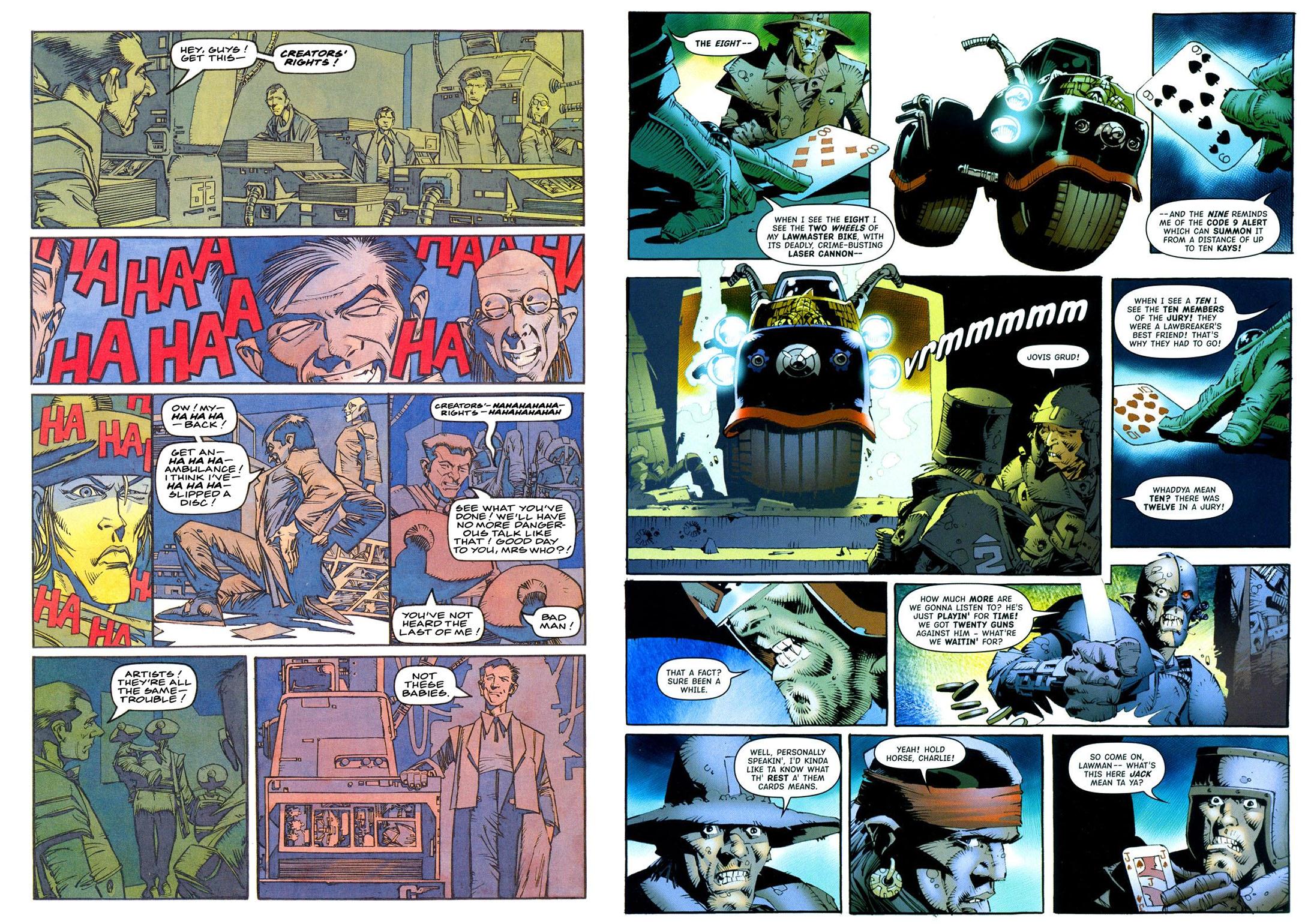 Cam Kennedy is a versatile artist recognised by assorted sub-groups of comic fans for different parts of his career. To some he’s a classic artist of war comic digests, and to others the artist who gave the Star Wars comic franchise the required jolt when it was on its last legs, showing what it could be with Dark Empire. Read this collection and you’d image he was the go to comedy artist for Judge Dredd, which discounts his sterling work on more action oriented Dredd material. He’s certainly the only Dredd artist whose self-caricature has leading roles, providing the collection title.

In the mid-1980s John Wagner and Alan Grant attempted to sell a story to an American publisher, explaining they’d already arranged for top British artist Cam Kennedy to draw it. The response on the US end of the telephone line was “Cam Kenny who?”. This anecdote eventually delivered the character of Kenny Who into Judge Dredd’s world, a hapless artist from the Caledonian Hab Zone who turns up in Mega City One hoping to score a gig with Big 1 publishing. It all goes wrong.

Kenny Who himself only appears in three stories, each airing Wagner’s grievances against comic publishers and Kenny’s optimistic delusions in the face of all evidence to the contrary, and each having a fair poke at Scottish culture and habits. Grant and Kennedy being Scottish and Wagner having arrived at an early age gives them a wide cultural experience leading to some very funny moments. Further satirical aspects feature in the material accompanying Kenny’s misadventures, Wagner commenting on surveillance culture, Highland hunting estates, and vacuous celebrities on Big Brother, while others are plain farce. The Branch Moronians sect put in an appearance, Dredd’s version of Superman’s Bizarro, and Wagner and Kennedy wring more laughs than you might believe from the guy who got his middle finger stuck in a tap and now can’t bend it.

On a couple of occasions Kennedy does draw a straight action thriller. ‘SABs’ is ordinary overall, but it’s nice to see Kennedy again drawing characters on sky surfboards, prompting memories of his Chopper triumphs. This time there’s little grace and atmosphere as it’s a very different story, in itself a reflection of Kennedy’s thoughtful approach. In some ways ‘Big Deal at Drekk City’ is a standard Western, with Dredd and some cadets trapped at an illegal poker tournament, yet the pacing is vituoso, and the Deck of Cards parody intercut with a rescue mission is masterful. It also shows how Chris Blythe, who colours a lot of the pages throughout the collection, moves closer to Kennedy’s own very individual colouring methods as seen in the earlier stories.

It can’t be claimed every story is a gem, with Gordon Rennie’s Royal Family piece the most obvious, but the misfires are kept to minimum and any page of Kennedy’s art is worth seeing.