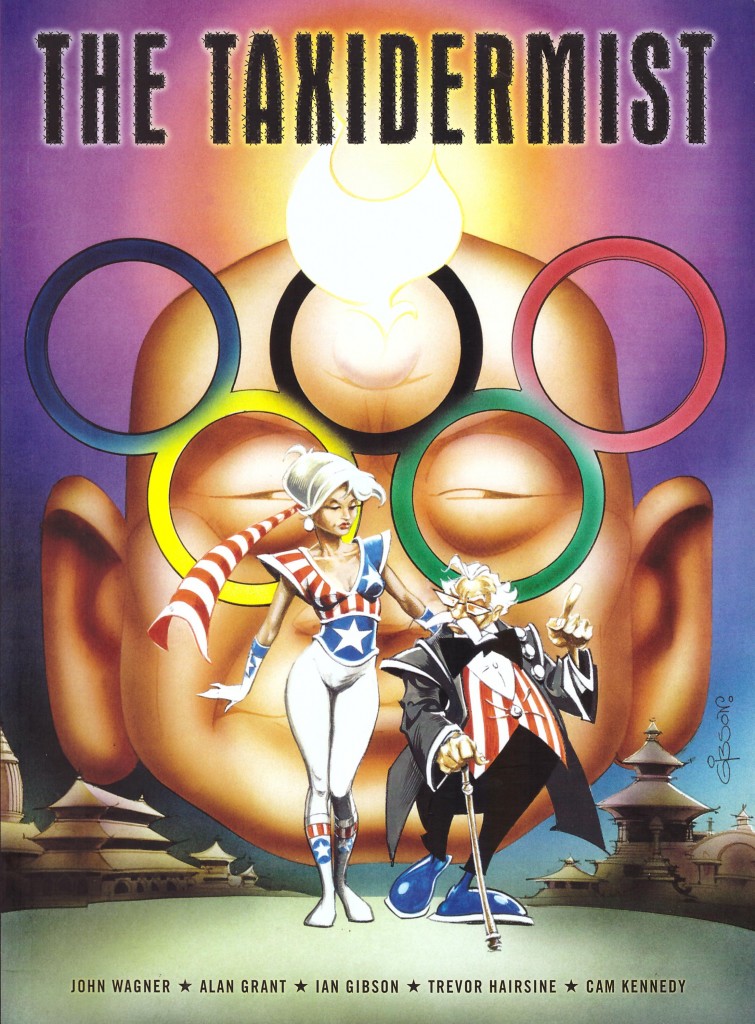 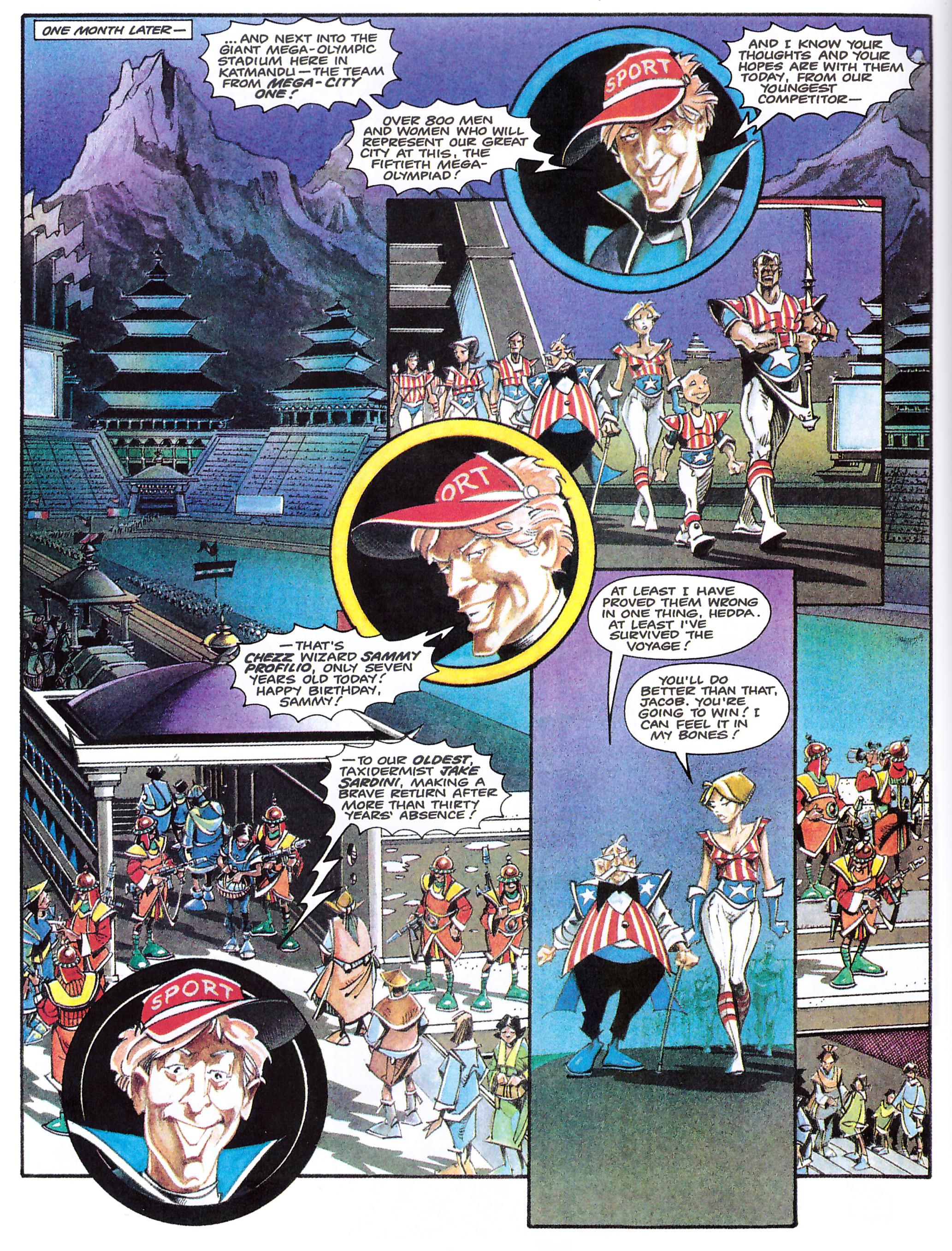 A reason among several that Judge Dredd consistently topped the 1980s popularity polls in 2000AD was the black humour writers John Wagner and Alan Grant brought to his world. At its best this was combined with pathos, yet still provided the full dose of thrills, and the material didn’t necessarily require much participation from Dredd himself. Such was the case with ‘The Taxidermist’, the four part tale opening this collection. Jaco Sardini, the taxidermist of the title, owes a favour to mob boss Don Giovanni, who turns up one night with several gangsters of the deceased variety and wants them stuffed in a diorama. If Sardini refuses his future prospects are dim, and if he complies he’ll be breaking laws that will attract attention from the judges. From this rock and a hard place situation Wagner and Grant weave a gem. It’s wonderfully drawn by the one-off combination of Cam Kennedy and Mark Farmer, never over-egging the jokes, and maintaining the suspense.

Sardini returned several years later, now older and less committed to his trade. Not at all the man who won the bronze medal for speed skinning at the Olympics during his youth, his eyesight deteriorating and his fingers becoming arthritic. Yet he’s strong enough to sustain the longest tale with Dredd absent. He’s included on the team list for the current Olympics, so decides to bow out with one last triumph. Wagner and Grant provide several really good jokes just as verbal asides, but have their real fun taking a look at other future Olympic disciplines including professional staring, flatulence, and performance sex. What raises the story is a liberal dose of sentimentality, a surprising spiritual interlude, and the thought and imagination the writers have applied to Sardini’s trade, playing this element completely straight. Ian Gibson, too often neglected among the great 2000AD artists, provides excellent pages for most of the story, but packing them with figures and detail appears to have caught up with him by the final chapter. His storytelling is expansive and emotionally strong, and a unique application of colour adds a vibrancy.

Sardini deplores the fashion for animation sweeping his trade, and four years after the Olympic event its incursion has all but done for the posed dioramas in which he took such pride. His final bow is written by Wagner alone, and while there are some nice touches, he’s on autopilot. The pathos that spurred the earlier stories is all-but absent, and at this stage of his career Trevor Hairsine’s not an artist able to match the craft of Kennedy or Gibson, although the signs to his future are there. At only three chapters it doesn’t detract too much from the overall value.

The collection closes with a late piece of Ian Gibson Dredd otherwise uncollected until Complete Case Files 28. This is Wagner on better form, delving into the ludicrous fads gripping the citizens of Mega-City. Dredd’s morally opposed to the new fashion of displaying a bare bottom through clothing and when that’s the case the trend doesn’t usually have long to run.

Human taxidermy may not seem an appropriate topic for any story, but for the bulk of this collection it’s treated with a surprising delicacy and refinement, while the jokes still flow. The Taxidermist is a great collection showcasing the best of Dredd and his world.