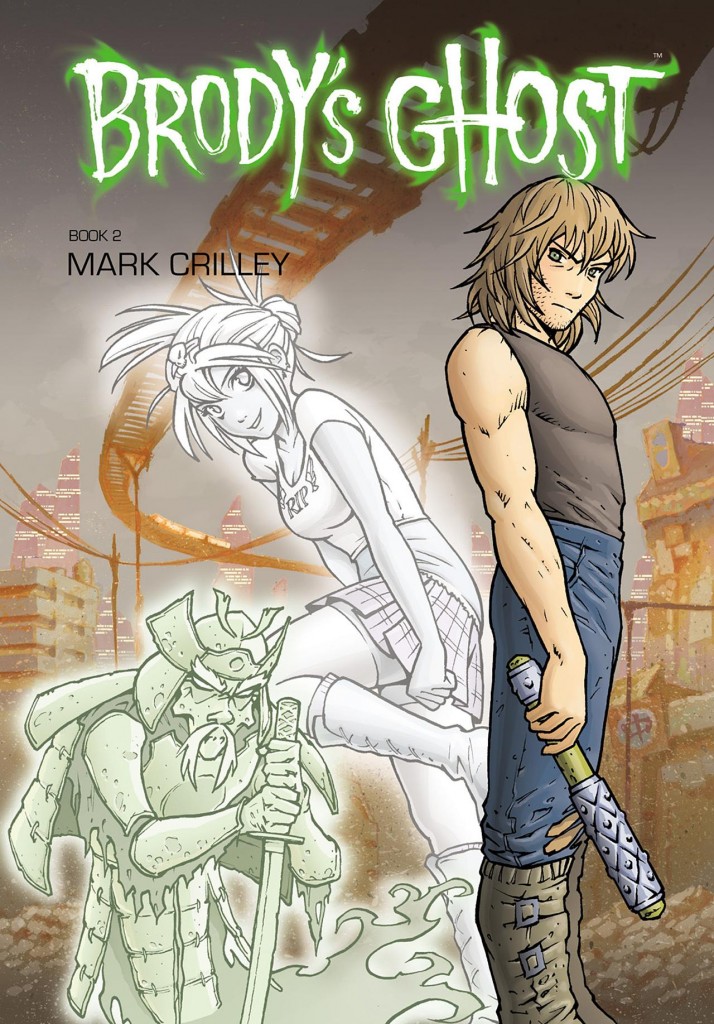 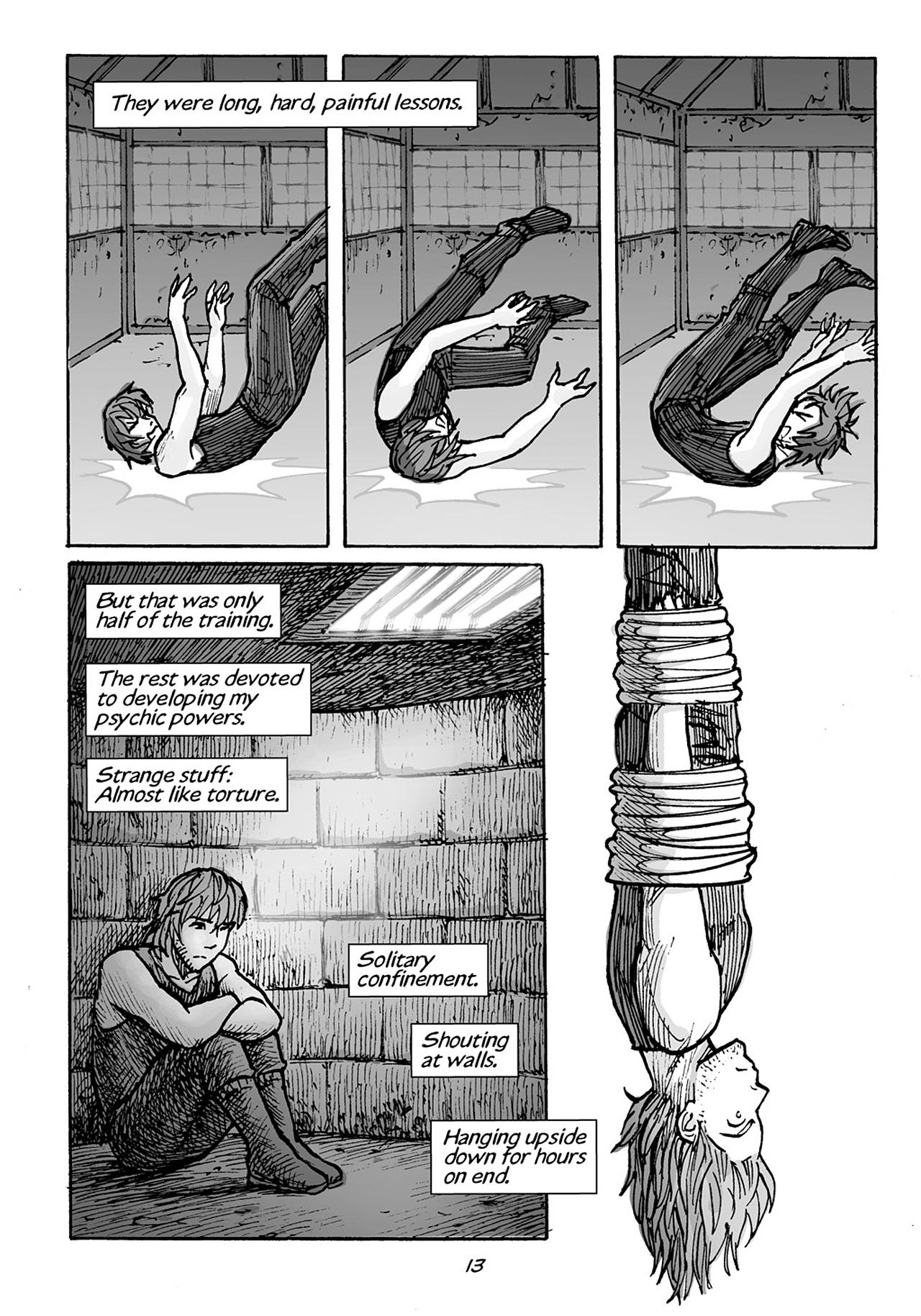 Brody’s rather a wimp, suffers from lack of motivation, and is still pining for the girlfriend who dumped him six months previously. His only discernible talent is relatively rare, however. He’s a human who can see ghosts. Less than ideal he may be, but he’s Talia’s best hope for help in completing the task that will see her accession to heaven. Before that can happen Brody needs to focus his mind, train his body and release his inner talents, which is a very slow process. The motivating factor is that Talia has to track and stop a killer who’s so far eluded the police and who kills only women. There may be a thought that Mark Crilley’s telegraphed one dramatic element of his plot, but that’s something dealt with before the book ends.

From the tone taken by Book 1, it seemed the prevailing mood would be sitcom lightness, but Crilley retains elements of that while rapidly moving into more serious dramatic territory. He filters some touching observations into what’s the first proper conversation between Brody and Talia, and all the main characters introduced to date have something they need to rid themselves of. It’s very much a twisting of the emotional knife.

This is combined with some thoughtful plotting, where events that worked well in Book 1 are revisited to greater purpose and to good effect. By the final pages Brody’s in the place where Crilley needs him to be for the remainder, and it’s been more or less explained why Brody is that person. There’s also less wasted time than there was in the opening book, as almost everything related here has a purpose. It does mean Crilley’s art moves nearer to standard manga style, working more often with only heads, figures and basic backgrounds, but the greater story content renders this less noticeable. He also comes up with some distinctive designs for a group of other ghosts. They’re not used much beyond this book, and their eccentrically matched appearance makes that a shame.

By now Brody’s Ghost will either have hooked you or not, and if you’ve been hooked four more books won’t seem such a great investment. Alternatively, the entire series is available in the Collected Edition.