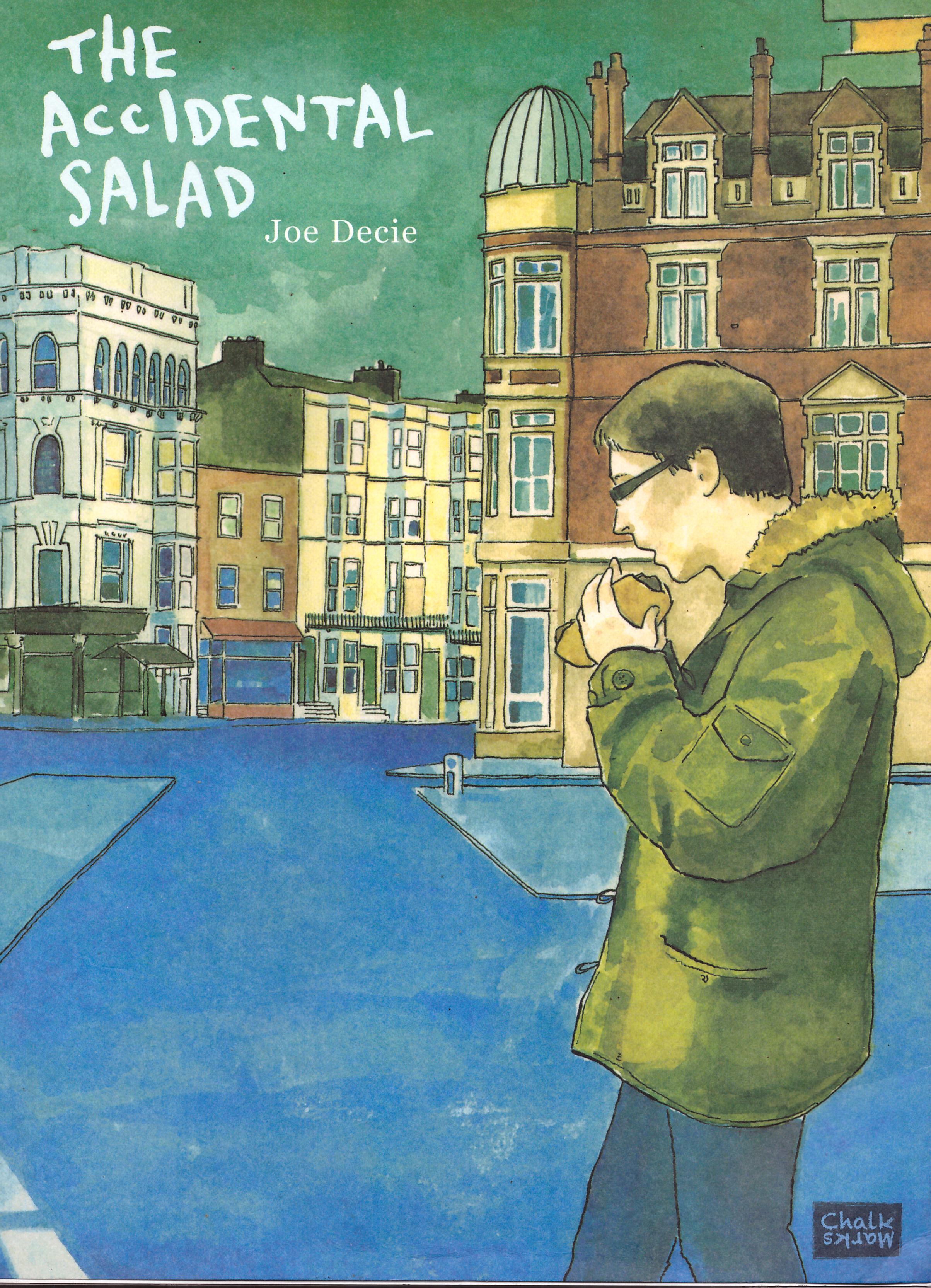 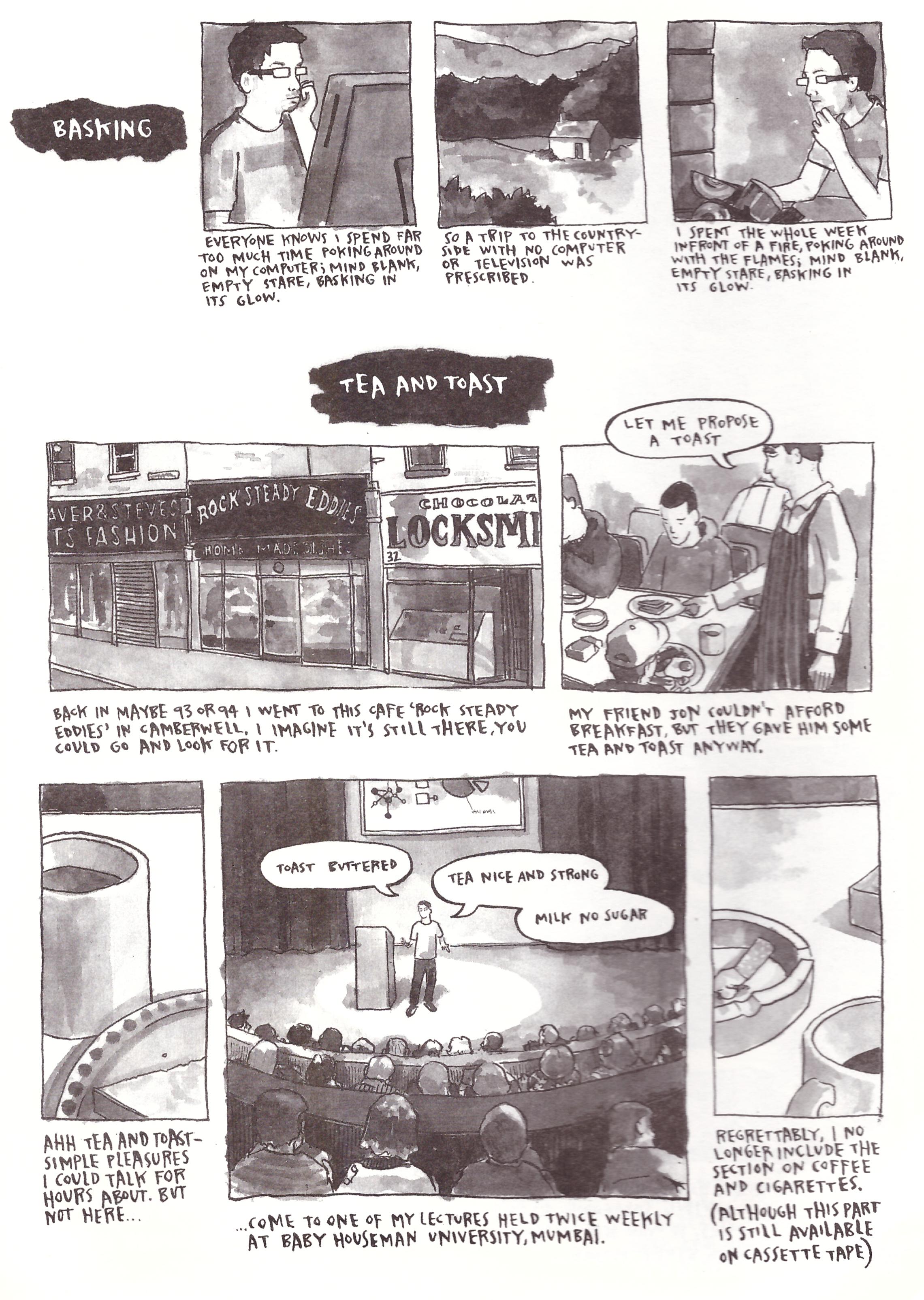 Joe Decie’s stock in trade is the finely observed little moment of daily drama rendered hyper-real and often accompanied by a pithy comment or morphed into a surreal conclusion. Almost all are perfectly rendered snapshots, and they stretch across both this and the hardcover companion volume The Listening Agent. They can be just two panels across a page before the next strip, but if two panels is all that’s needed, two panels is all Decie uses, and it’s rare to see that form of economy from a largely autobiographical cartoonist.

Indulgence is inevitable, but never unwelcome as the self-awareness about Decie’s work is not a rampant creative ego crying out to be loved or undercut by a broad streak of insecurity. An early strip sees Decie going about his day making valid complaints about what he encounters, and it ends with him coming to the conclusion that he’s a rotten boyfriend because he’s too self-absorbed. The title with its echoes of Flann O’Brien or Edward Gorey indicates there’s also a very pleasing whimsy about the strips, such as how Decie deals with setbacks. Arrive at the supermarket to find you’ve forgotten the shopping list? Pick up one discarded by someone else and live their culinary life. The imagination’s great as well. Discover just what a shitkicker does, learn the mystery of the title strip and its consequences, and of the small Spanish village that honours Decie with an annual three day festival.

Decie’s art is very good. A grey wash that works better than the glumly coloured cover is applied to finely inked figures, more often than not featuring Decie’s self portrait. Psychologists can debate why he never draws himself looking directly at the reader, so avoiding the most obvious form of personal engagement, although the way he’s depicted with a head to one side induces a dream like mood. There are some odd panels, but inconsequential overall.

Is there a downside? Yes. The Accidental Salad is a chocolate box, to be savoured gradually rather than consumed in a single sitting, and the occasional strip is just too twee, but that’s scrabbling for negatives about what’s a fine début collection. Venture too far in one session and you’ll gorge and encounter the danger of addiction.

The care taken over the production is worth noting. This is a centre-stapled collection, but encased in a folded over dust jacket featuring Decie’s comments on the cover scene. Decie maintains a generous website, so anyone wanting to sample before buying this can make up their own mind about his individual worldview.