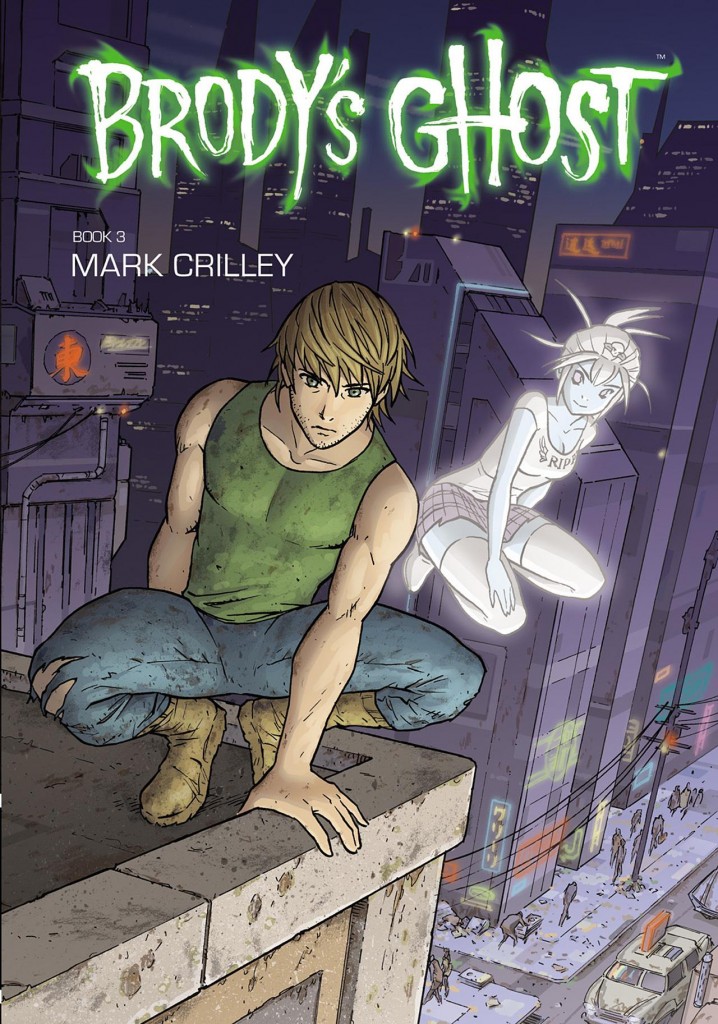 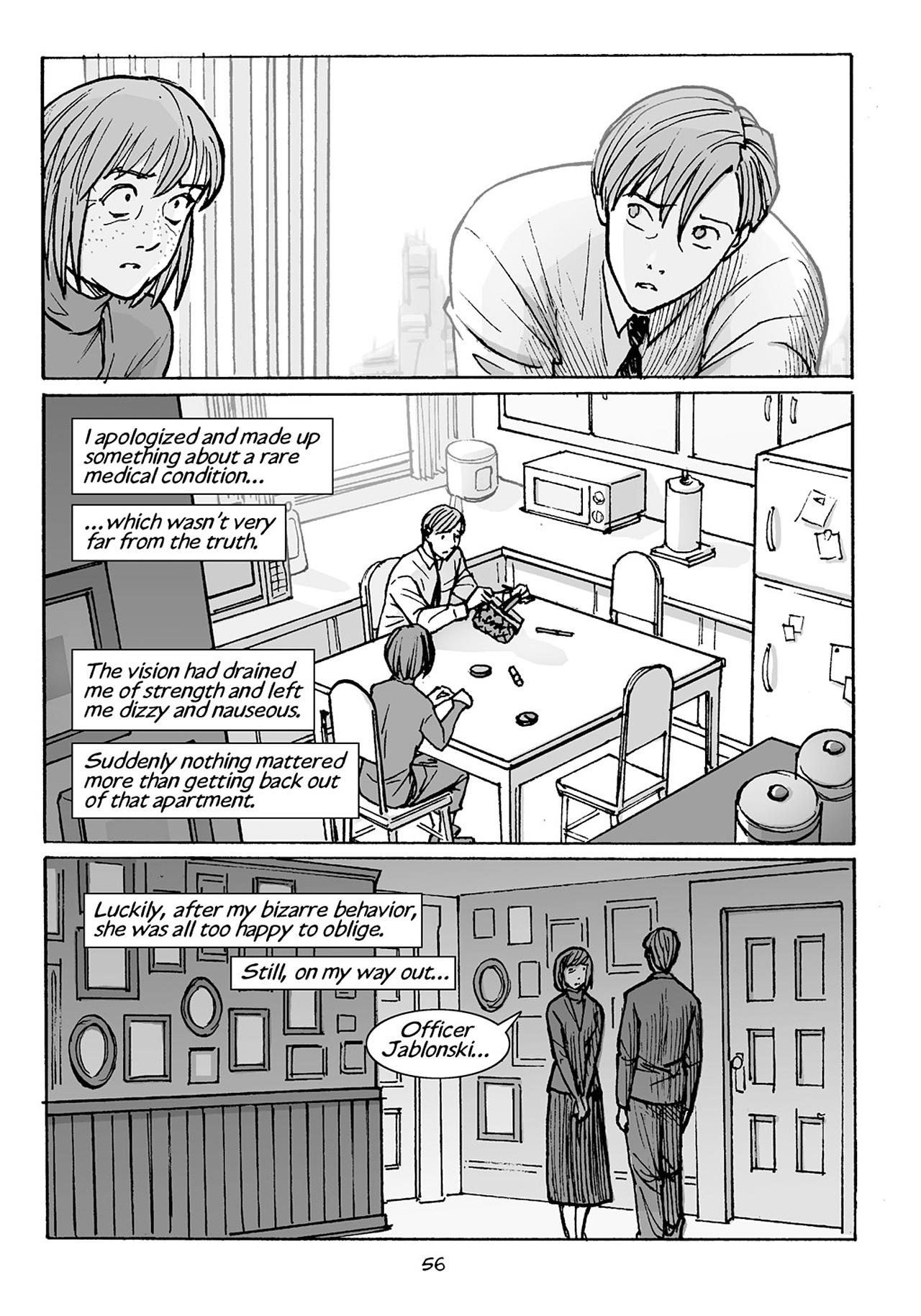 The Brody we see at the start of this book has made considerable progress from the person he was when the series began. Then his only standout talent was an ability to see ghosts. Now he’s fitter, can handle himself, and some other psychic talents are developing. For all that, the faith he places in the schemes of the dead sixteen year old girl Talia strain the credulity, yet once again Mark Crilley’s got that in hand with an explanation.

Talia is a lesser presence in this book, really only required for a scene in which Brody takes a big step into the murder investigation that she’s told him he needs to look into since they first met. An interesting aspect of the series has been how something possibly dangerous and certainly challenging has had its effect on Brody. He doesn’t fully realise it himself yet, but given a purpose he’s fulfilling his potential instead of drifting through life, and has become confident and capable enough to carry out tasks he’d never previously have dreamt of.

From the beginning Crilley’s been very good at introducing elements with a secondary and greater relevance later down the line. One of those bears fruit here, as Brody’s best buddy being a cop now works its way back into the plot. As yet unrevealed is exactly why the series is set in some undefined near future, and if that’s beginning to nag be reassured it has a purpose.

Book 3 is a necessary stepping to stone to the remainder of the series, but it’s a little more ordinary than the previous two books as Crilley drops in some plot elements required to push the story forward. There’s a very good pay-off as he makes us reconsider a lot of what we’ve taken in to date, and that’s the hook into Book 4. Alternatively the entire series is available in the Collected Edition.