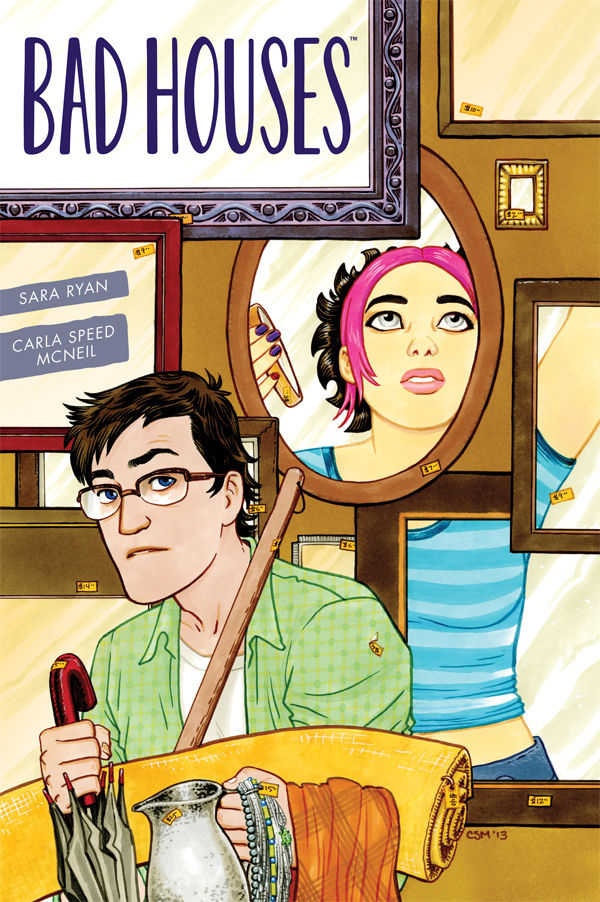 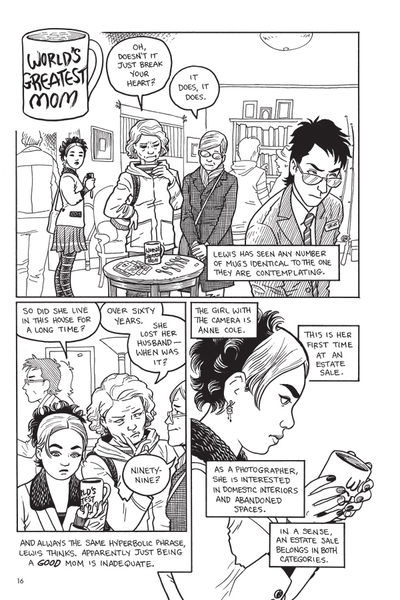 Bad Houses is a meticulously constructed series of intersections for an ensemble cast, taking a look at the once significant, but now failing brewing and lumber town of Failin, Oregon. The brewery has long closed, and while still operating, the lumber mill is facing problems. It’s small town USA in microcosm as those who can leave, while others are trapped. Sara Ryan’s sympathetic script flits across residents spanning age groups, all of them troubled to a greater or lesser extent by their parents or children, and all of them to a greater or lesser extent frustrated.

The title is a term employed by those who clear the houses of the deceased, referring to noxious places or those with unpleasant associations, relevant to cast members who run a house clearance firm. It’s a while before we reach the central relationship, but that’s okay because Ryan’s kept the interest up so well by spotlighting others and she even manages to slot in quick sketches of the recently deceased. Teenagers Lewis and Anne meet at an estate sale organised by Lewis’ mother. Despite his best efforts, very little he does seems to please her, while Anne’s mother is a compulsive hoarder, creating a fire hazard of a house with only Anne’s room navigable. It prompts a yearning for space in Anne, who spends solitary days roaming the surrounding area.

Ryan is a fine writer who cleverly works in significance for details that appear introduced in passing as background colour, and over the course of Bad Houses fills in past and present for her cast, and in some cases a possible future. The way their lives are lived has the ring of truth about it, and it’s subtly contrasted by the careers the adults have, or their lifestyles, which involve the importance of objects and possessions in supplying what’s missing in their lives.

All Ryan’s good work would be for nothing without a capable artist, and in Carla Speed McNeil she’s collaborating with someone far better than merely capable. McNeill brings the cast to life. They’re distinctive, and under her astute penmanship you know what these people are feeling even without captions. That’s only part of the elegance she provides, though, filling in the environments, and good with small details.

This is an excellent adult drama, not quite approaching the depth of say, Jaime Hernandez at his heart-tugging best, but credible, readable and with something to say.