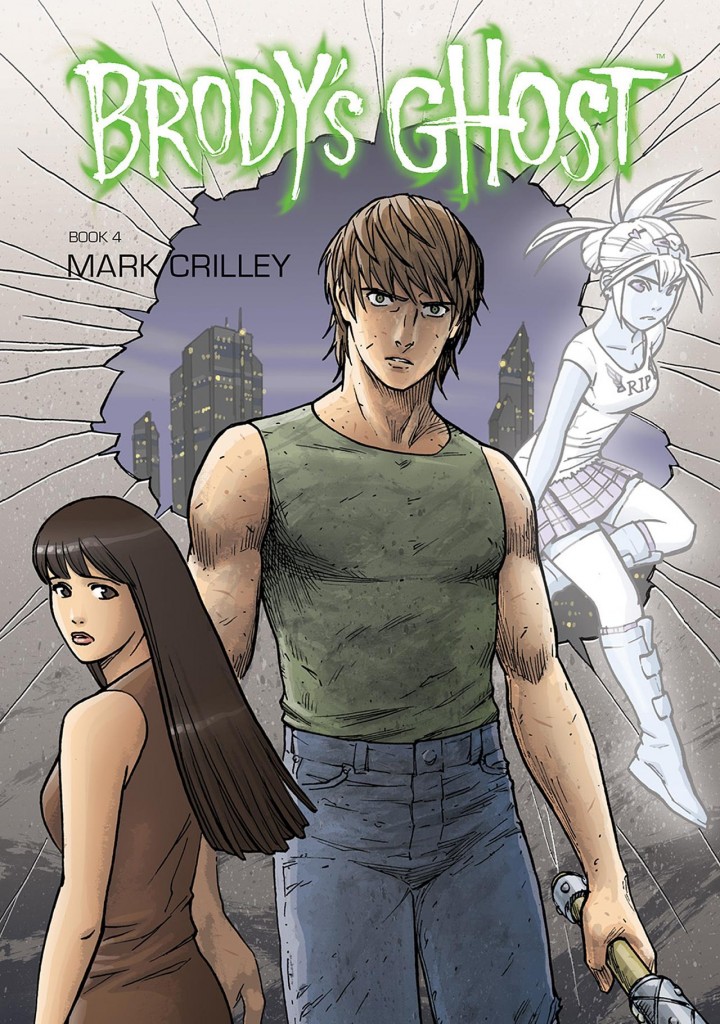 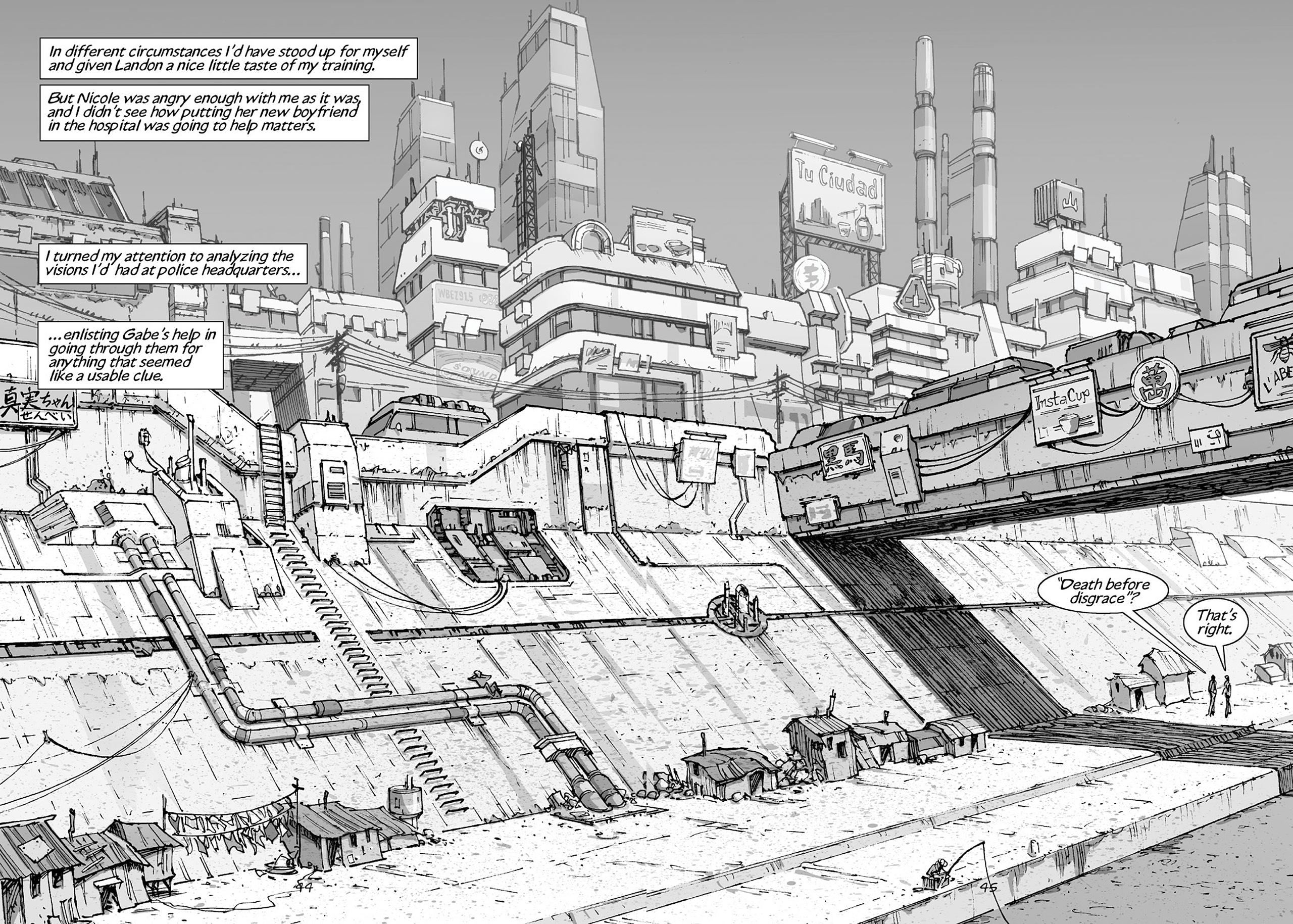 Soon after developing his psychic abilities Brody received a vision of his ex-girlfriend lying dead in an alley during a rainstorm. A natural desire to ensure this doesn’t occur has proved problematical and disappointing, but as seen in Book 3,  he’s burned bridges. Unfortunately, in plot terms at least, what he’s not done is tell her the entire truth. Doing so is a procedure that’s worked with other cast members, but in Nicole’s case every time he’s tried to protect her Mark Crilley’s plotting has ensured he’s made matters worse. Could this be a theme? Now she has a new boyfriend with considerable resources at his disposal, and he’s not someone prepared to see his girlfriend terrorised by what he considers a stalker.

More so than any volume to date, Book 4 follows the manga artistic tradition. We have prolonged fight scenes with masses of speed lines, exaggerated facial expressions, and plenty of time taken decompressing the storytelling to provide events that could be handled in half the page count. You take the bad with the good, however, and as seen by the sample page, when Crilley takes a break to design a city he’s obsessive with the detail in creating a page you can spend some time absorbing fully.

An interesting aspect of the series is that it ostensibly concerns the hunt for a serial killer, yet that’s largely a plot that ticks along in the background as Crilley develops his cast. There is someone who makes an appearance in Book 4 that may set alarm bells ringing, but to date Crilley’s been a step ahead of anyone who attempts to predict his plots, and long may that continue. By the end of this book it would appear that Brody’s very much out of options, and he’s not going to be able to see through what he now most desires. That ending surely makes Book 5 compulsory.

The entire series is available in a single Collected Edition.