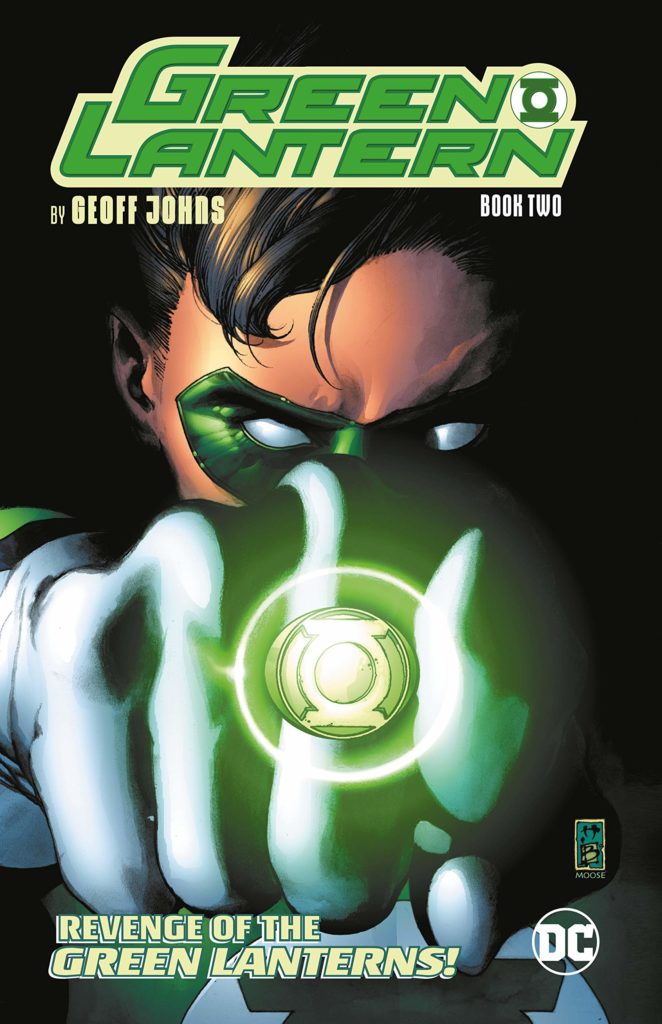 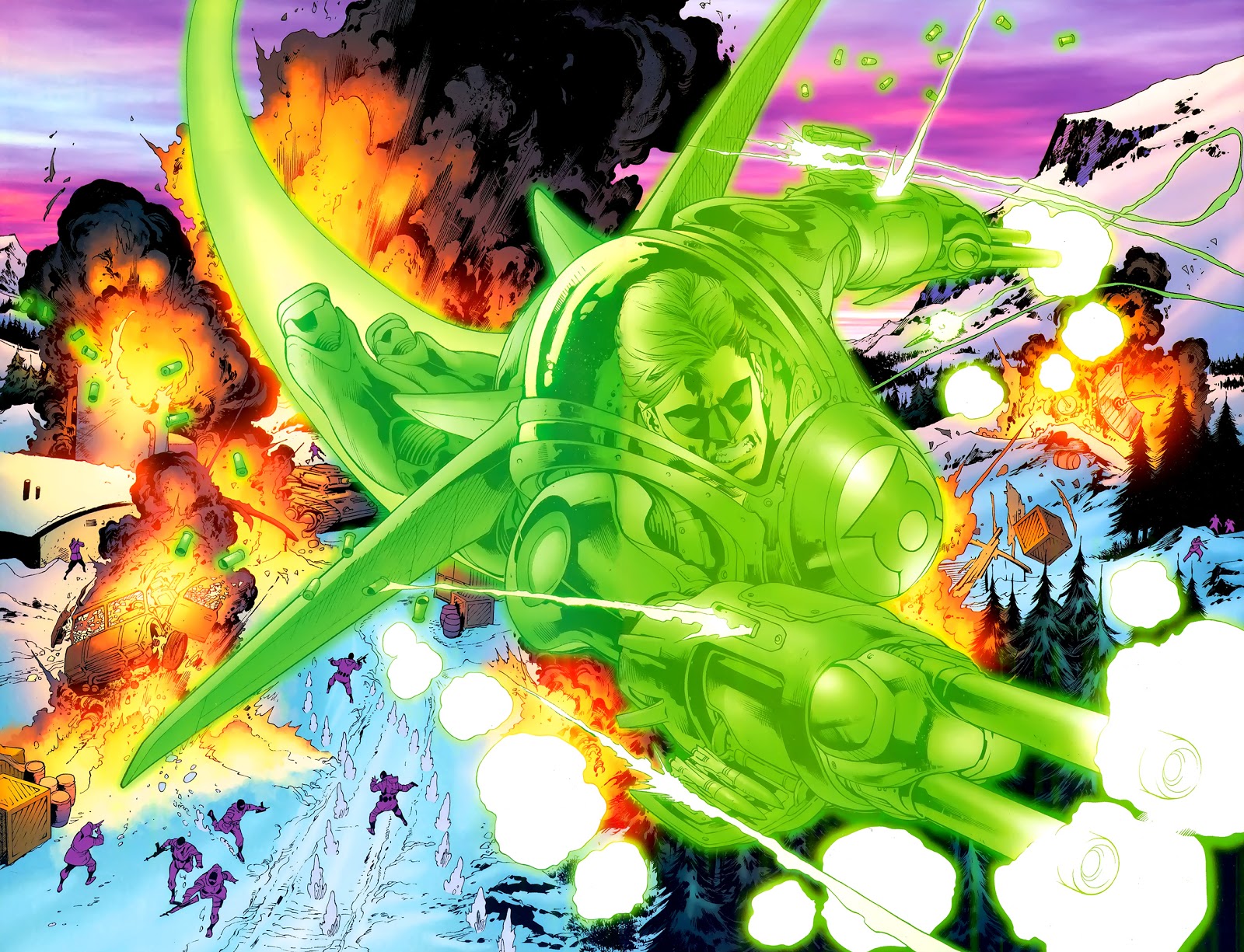 This second bulky paperback of Geoff Johns’ Green Lantern run features more of what featured in the hardcover Green Lantern by Geoff Johns Omnibus Vol 1, or alternatively the paperbacks No Fear, Revenge of the Green Lanterns and Wanted: Hal Jordan. It doesn’t quite match the peaks of Book One, but avoids dropping to average for any length of time.

During nine years writing Green Lantern there are certain themes Johns returned to on several occasions, one being how Hal Jordan became Green Lantern, the choice having an increasing significance the longer Johns continued. He examined it from a couple of angles in the previous volume, and there’s another dip back here, as his random selection has repercussions, but the longest look into the past concerns Star Sapphire right at the end of this collection. She’s never been a very logical foe for Green Lantern other than in emotional terms, being his boss and sometimes girlfriend Carol Ferris possessed by an alien gem. The possession has always been arbitrary, but after decades Johns gives some sense to the concept.

Star Sapphire isn’t the only enemy from the classic Hal Jordan era given a reboot and some credible motivation. Okay, that doesn’t exactly apply to the Shark, but as drawn by Ethan Van Sciver, who cares? Hector Hammond, Black Hand, the Weaponers of Qward and the Tattooed Man all appear, as does Mongul, the greatest enemy of the 1990s Hal Jordan and one who set him down a dark road. Johns uses him to generate some fun in a fantasy life.

Just the list of artists generates some anticipation, with the sample art an Ivan Reis spread and Daniel Acuña also drawing a fair amount of pages. Reis is good, but would become better as the pre-eminent Green Lantern artist for a while, but his posing of women is uncomfortable, not least for them.

The continuity leaps forward by a year early in the book, and Johns introduces the mystery of why Hal keeps invading Russia when pretty well everyone else on the planet considers that a bad idea. Aliens aplenty feature in what’s a dense and fast-moving headrush leading into The Sinestro Corps War.

In later stories Johns would become bogged down featuring stories having to encompass so many different people that an intimacy was lost. Most of this collection has Hal Jordan front and centre in clever plots with great art. There’s very little not to like.