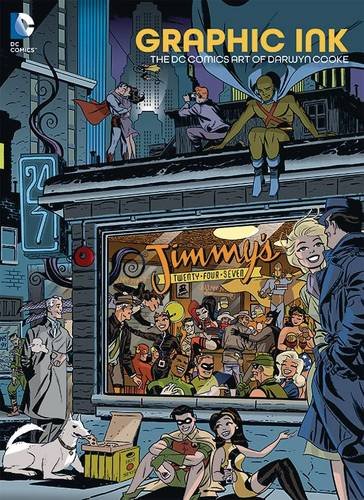 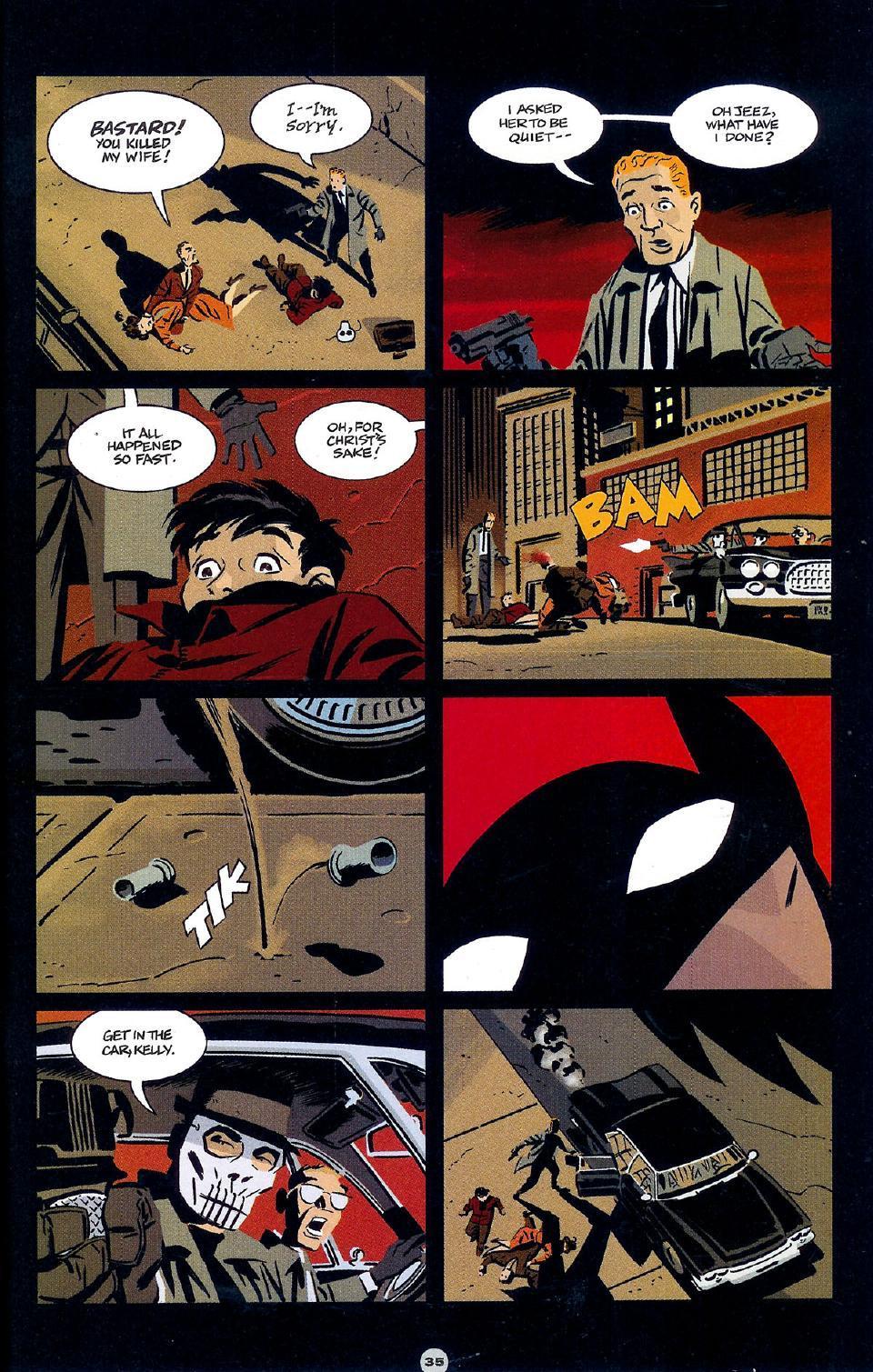 As with other titles in the Graphic Ink series, Darwyn Cooke’s collection gathers his work from assorted DC titles where his contributions have been the single issue or part of an anthology, some not otherwise found except for their original comic printing.

With the proviso that you have to like Cooke’s work in the first place (and if you don’t, what’s wrong with you?), it’s a magnificent collection. It spans multiple genres, numerous styles and there’s nothing poorly drawn.

There’s a tendency to consider Cooke a cartoonist, and in broad terms he is, but this collection clarifies his expertise at filtering other influences into that style. The Green Lantern tale ‘Flight’ opens with a sequence not too far removed from the graphic realism of Neal Adams, there’s almost a Jack Kirby woman on the cover, a Doctor Fate tale mimics the primitive style and layouts 1940s artist Howard Sherman, and other examples occur throughout. This, though, is homage, never swiping, and the influences are absorbed into Cooke’s broader style. Even within that he has variations. Each of two consecutive Jonah Hex tales is drawn differently, yet each is a form of cartooning. The first evokes the spirit of Jack London, set in the Canadian wilds during winter, and is heavy on shading to contrast the vast amounts of snow, while the second is European ligne claire style.

Cooke’s versatility is further represented by working with writers whose approach is as different as Paul Grist and James Robinson. Grist has a kinetic fluency to his writing and Robinson pieces a meticulous patchwork together, yet Cooke interprets them equally well. As he also writes his own strips, it might be considered that these are somehow purer, but in terms of artistic skill there’s little to choose between the love applied to a tale of his own youth and a frankly very ordinary science fiction piece written by Matthew Sturges. Cooke bestows a grace otherwise absent. The most frequent collaboration is with the writing team of Justin Gray and Jimmy Palmiotti, with whom he produces three Jonah Hex stories, including a clever tale subverting Hex’s pre-ordained fate.

Amid the great cartooning, it can be forgotten what a superb illustrator Cooke was also. Dozens of cover reproductions over the 400 pages display an enlightened and eye-grabbing sense of composition in producing iconic images. Even better, is that the final two dozen are wraparound covers, although this leads to the perennial problem of some details being lost in the book’s binding. The graphic influences are many, and accompanied by a vibrant colour sense, drawing the vision to the desired portion of the illustration. This is very apparent on the cover illustrations, but best seen on Cooke’s reworking of a 1970s Batman story as crime noir, with blue, green and yellow entirely absent and the only white in view is on skull masks and the whites of the eyes. This forms part of Solo, a DC series giving creators 48 pages in which to experiment and tell the stories they wanted to read. The variety across Cooke’s presentations is astonishing, ranging from the stark graphic design of a Question strip to nonsense puzzle and joke pages.

With the exception of the five pages of a more naturalistic tryout strip produced in the 1980s, everything included was produced in the 21st century, so there’s nothing that’s dated poorly. It’s a superb selection from a master artist, and was subsequently revised as DC Comics: The Art of Darwyn Cooke, with the spread illustrations presented smaller, but not lost in the binding, along with a considerable number of additional cover reproductions.