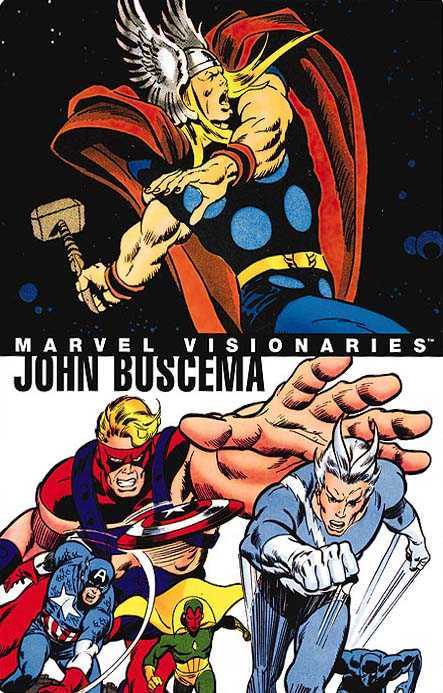 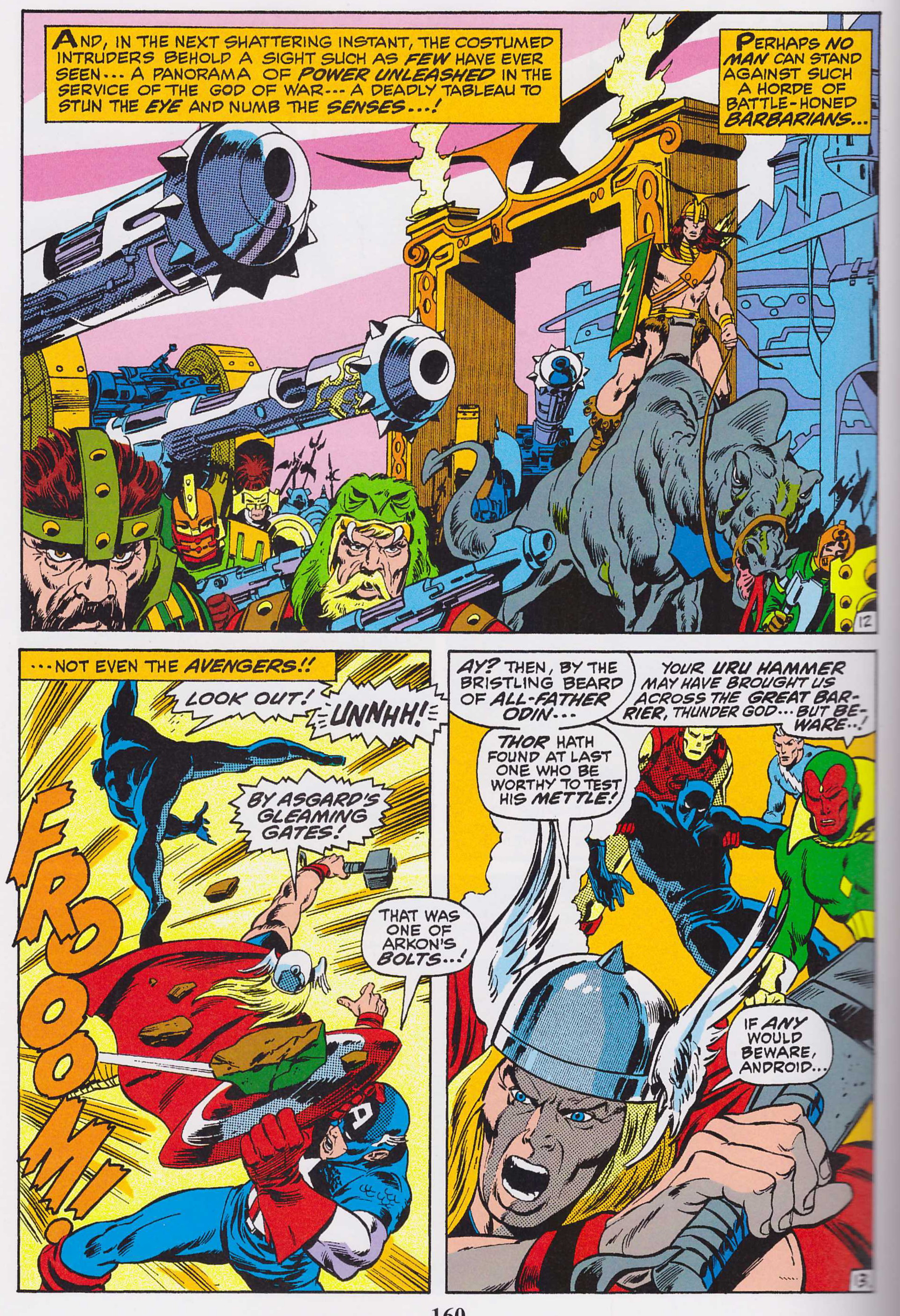 John Buscema’s illustrative style of art defined the Marvel look in the 1970s as Jack Kirby’s kinetic action had in the 1960s and John Byrne’s graphic shorthand would in the 1980s. The power he brought to his figures lacked Kirby’s raw energy, but this greater subtlety wasn’t too far removed, and there was a consistent classical nobility about Buscema’s heroes.

The early material doesn’t make cultured reading. It’s diverting to see short strips Buscema drew (well) in 1948 and 1952, but they’re nothing anyone will read twice. The same applies to his earliest work after returning to Marvel in 1966. Stan Lee’s S.H.I.E.L.D. script is all over the place, and the Hulk stories are notable only for a cheap snigger at Boomerang’s truly, truly wretched costume re-design.

Comparisons between Buscema’s first Avengers work and later contributions to the series are instructive. His 1966 opener is still very much in Kirby’s style, and it’s crowded and cramped. Just under three years later Buscema had located a comfort zone and his layouts enable characters to breathe within the panels. That writer Roy Thomas had cut down considerably on word balloons, and the far more sympathetic inking of Tom Palmer also helps. Seventeen years later that Buscema/Palmer team still impresses, each having modified their approach further.

Buscema’s most highly regarded work here pits a deceived Silver Surfer against Thor. Lee’s story, is more melodrama than drama but Buscema’s Prince Valiant style rendition of Asgard, inked by his brother Sal, is towering and majestic. Why, though, is the printing muddy in places? Were secondary sources used for the reproduction, and restoration not considered? Buscema’s equally good with Len Wein’s story transporting the Asgardian Warriors Three to New York in 1976, suitably containing the comedy aspects of their unfamiliarity with Earth’s frustrations without over-egging. It’s a surprising delight.

Almost three-quarters of the book concerns itself with the period from 1966 to 1972, due to a gaping Cimmerian sized hole in this Marvel career overview. For much of the 1970s and 1980s Buscema worked pretty well exclusively on Conan the Barbarian, the type of story he most enjoyed illustrating. Marvel’s rights to his work on a character they don’t own have lapsed (but this is available via Dark Horse collections), and an attempt to overcome the absence results in the inclusion of a two part Avengers story featuring Arkon, with whom Conan has more similarities than not. It’s spectacular, both in the sword and sorcery vistas and the superhero action. His visual use of the giant-sized Goliath character here is far more inventive than his earlier Avengers.

Buscema’s versatility should also be noted. A comedy pastiche and a romance story are both flawlessly executed in appropriate style, although a black and white rendition of Dracula in the 18th century, while technically excellent, doesn’t quite capture the mood.

The single story not covered in Roy Thomas’ otherwise informative introduction is the uncomfortable fusion of Buscema’s classical sensibilities with the scratchy finishing of Bill Sienkiewicz. Interesting in theory, they don’t mesh effectively, and this Wolverine set to with Sabretooth ultimately represents neither artist at their best, and sucks the poignancy from Chris Claremont’s story.

We’re also presented with great visuals on lesser stories of the Thing on a rampage, first battling his Fantastic Four team-mates, then the Hulk, and on Galactus providing a lesson for the Silver Surfer before a black and white finale with the Hulk.

It’s a shame Conan is absent, but this is otherwise a fantastic presentation of Buscema’s contribution to Marvel. He established the look of an era, and this hardback shows why. 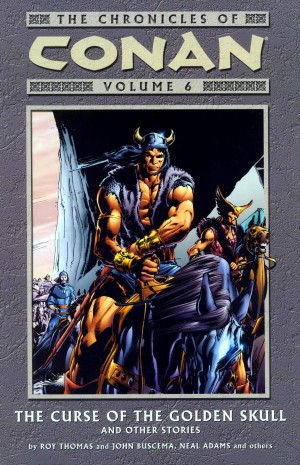