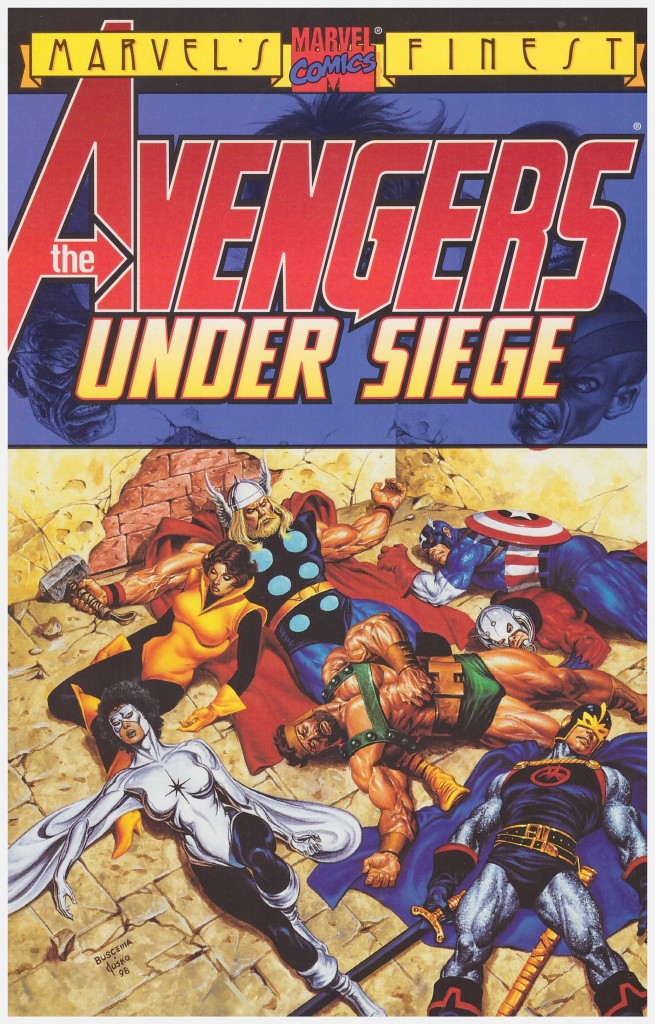 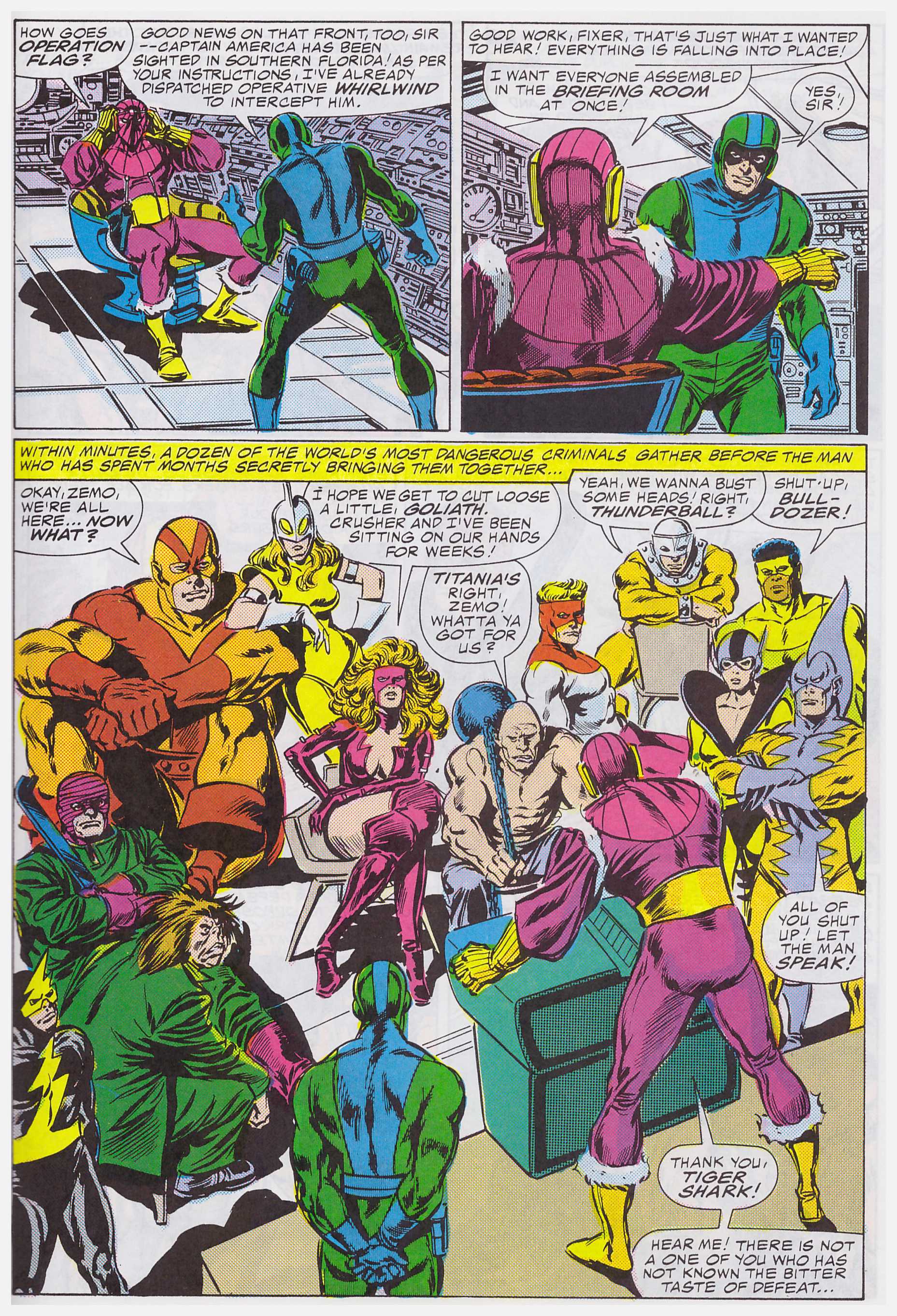 Plotted on a graph, writer Roger Stern’s run on the Avengers in the 1980s would display a curve increasing ever upwards from a low start, before dipping off at the end. His work certainly improved on those immediately preceding his arrival, but that’s damning with faint praise. The one unquestionable unqualified success of his tenure was Under Siege.

Stern posed the question “what if an army undertook to attack the Avengers?” The Avengers were very proficient at seeing off individual foes, or enemies gathered into evenly-matched teams. Facing almost an army of villains that outmatched them was a new experience, and this new incarnation of the Masters of Evil, sixteen of them in all, possessed the raw power and confidence to stage a raid on the Avengers Mansion.

As if a great story wasn’t enough, Stern was lucky enough to have one of the all-time great Avengers artistic teams on board. He might have disliked drawing superheroes, but veteran penciller John Buscema still managed to imbue them all with a power and grace, never substituting artistic flash for solid storytelling and depicting believable beings throughout. And Buscema never looked better than when his work was accompanied by the fine inking brush of Tom Palmer, something that could also be said about many others.

For all the smoothness of the art, this is a particularly brutal volume. Much of the violence is committed with fists. Demi-God Hercules is a victim of his own over-confidence, left so battered that his father Zeus holds the Avengers to account in Assault on Olympus, and the invaders make no allowance for long-serving butler Jarvis being a middle-aged man. Once within Avengers Mansion the confused Blackout constructs an impenetrable dense black force field preventing other Avengers from coming to the rescue.

The villains are led by Baron Zemo, son of Captain America’s World War II enemy, whose purpose is to utterly humiliate the man he holds responsible for his father’s death by destroying everything he holds dear. Zemo is a planner and strategist, and early chapters show him barely able to control his violent ensemble as he waits for the ideal moment to launch his attack. He’d pick more selectively when later assembling the Thunderbolts.

Perhaps the only disappointing aspect of this generally well-plotted story is that the Avengers’ eventual path back comes not from someone within their own ranks, but a newcomer. It’s a minor caveat, though, amid seven chapters of superbly drawn action.

Under Siege has since been issued in Marvel’s Epic Collection format, so also encompassing the content of the preceding book, The Once and Future Kang.