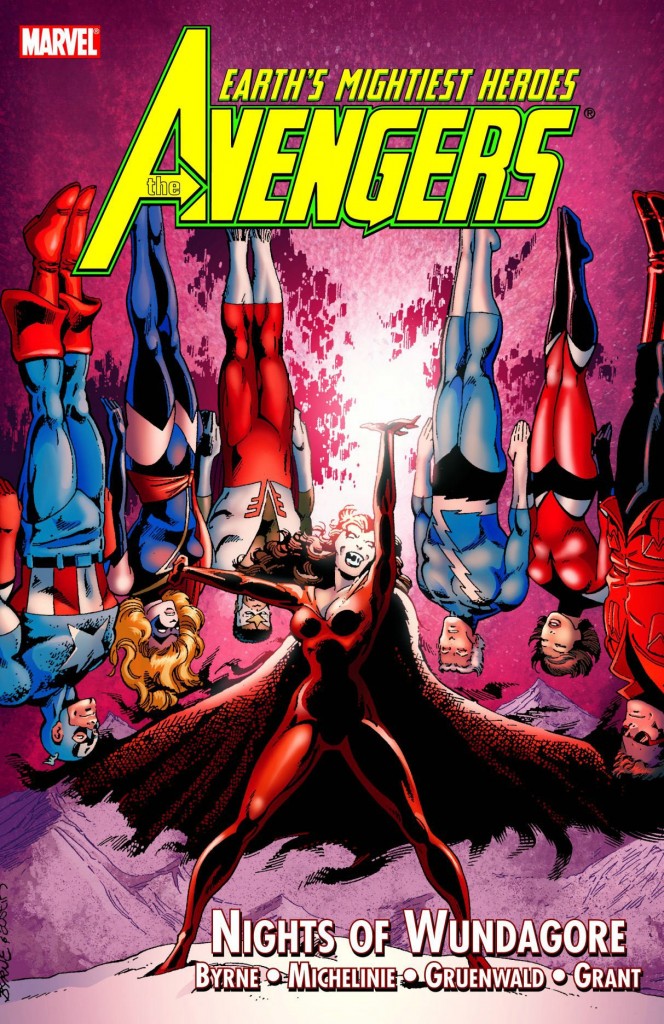 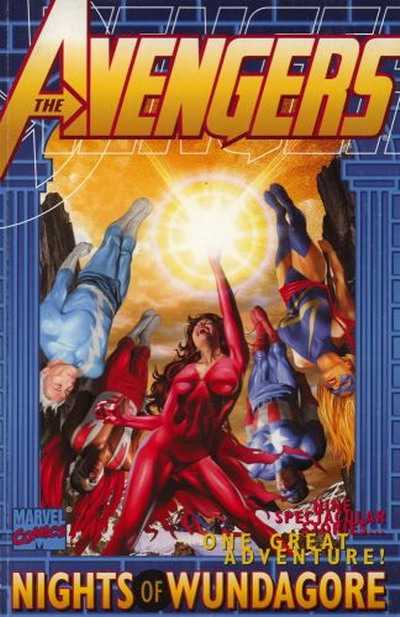 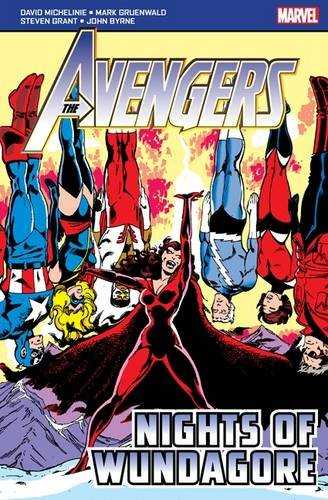 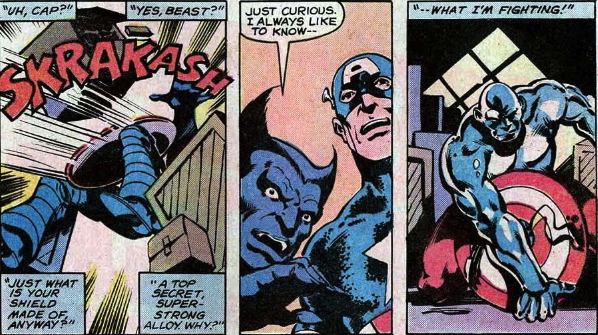 Nights of Wundagore (and, despite the occasional error, including on Marvel.com, it is Nights, not Knights) reprints the same 1979 Scarlet Witch/Quicksilver origin story previously collected in Avengers: The Yesterday Quest. However, where that volume edited out pages not directly connected with the main story, Nights of Wundagore includes the entirety of the Avengers issues that told this tale. The result is a rather more attractive package.

The quest of the mutants for their origins in an imaginary East European country is a solid piece of superhero writing, and enjoyable on its own merits, but the enjoyment is enhanced by the other  plotlines entwined with it. Jim Shooter’s Korvac saga had brought in almost everyone who had up to them been an Avenger, and then some more, and this volume begins with Avengers Mansion overflowing with superheroes. Michelinie’s first task as new scripter was to bring this mob down to a more manageable cast. He provides a good story from it, spotlighting the annoyance of National Security Council liaison Henry Peter Gyrich at the Avengers’ lax procedures, and Hawkeye’s anger at  exclusion from the new restricted roster to make room for the Falcon, the Avengers being short of non-white members. There’s also an entertaining Absorbing Man two-parter in the middle of the main Scarlet Witch/Quicksilver plot, actually quite sweet at one point.

All these stories are pencilled by John Byrne, with a variety of inkers (Gene Day, Klaus Janson, Dan Green, and several uncredited on the second part of the Absorbing Man story). The art is attractive throughout. Byrne has a strange way of drawing Iron Man, but clearly enjoys drawing Captain America. Byrne’s name is important in selling the collection, displayed by the Marvel edition (though not the UK Panini reprint) lists him before any other creator.

Avengers may not have been spectacular in the late 1970s in the way it had been under Steve Englehart, but it was always dependable, and this is a good way of enjoying some of the best of these stories.

There are several variants on Nights of Wundagore. A digest-sized collection from 2001 was in black-and-white rather than colour, with the cover a Greg Horn imitation of the John Byrne original used for the later collection. This volume omits the original covers, and the page from X-Men that reveals the identity of the twins’ father, but adds text pages on Quicksilver and the Scarlet Witch, which include that information, and two more Avengers stories, the second of which is a rather good Hawkeye solo tale. These two stories are otherwise to be found in Avengers: Heart of Stone and Essential Avengers 9, and the Hawkeye tale is in Avengers: Hawkeye. The presence of the latter story allows Hawkeye’s plot thread to be wrapped up nicely, but there is a neatness to concluding the collection with the end of the Scarlet Witch/Quicksilver story.

The 2015 UK Panini version is another pocket-sized version, though in colour, and includes the Avengers stories that appeared between the end of the Korvac saga and the start of the ‘Yesterday Quest’ plot. This might appear better value, but actually, the stories aren’t that good, and the reader loses little through not having them.

Overall, the 2009 US version hangs together as the best collection. 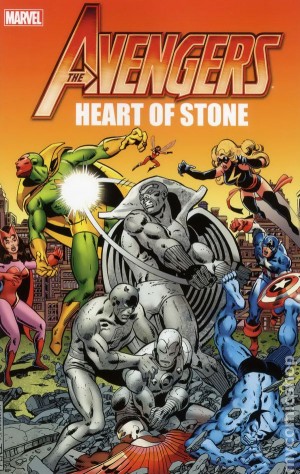