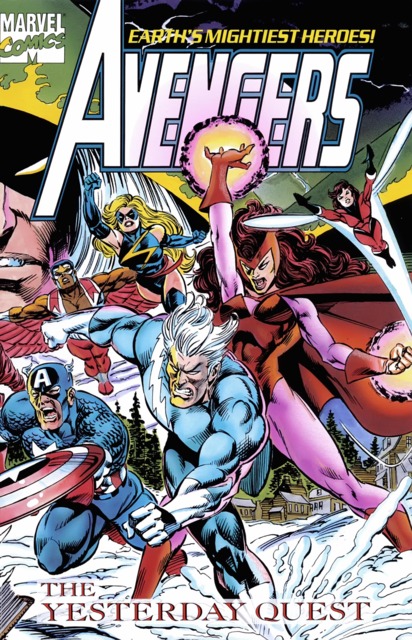 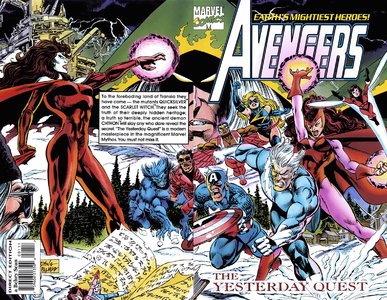 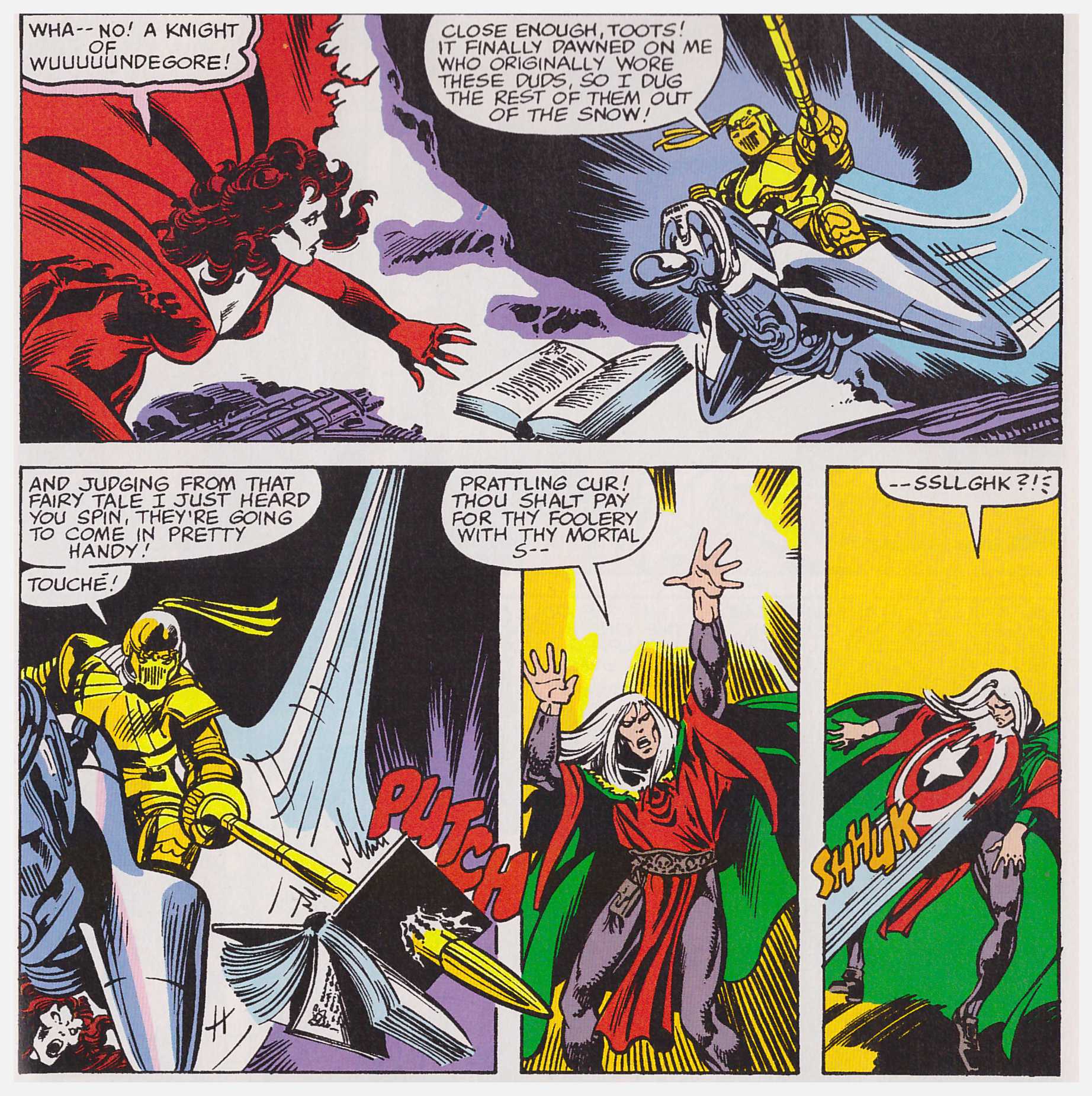 In 1979, writers Steven Grant and Mark Gruenwald concluded that the official origin of Marvel’s mutant siblings Quicksilver and the Scarlet Witch didn’t make sense to them. So, over several issues of Avengers, they plotted a tale (on which the final script was written by David Michelinie) explaining that these were not the children of 1940s superheroes the Whizzer and Miss America. The story explained who the twins’ parents really were, and would have repercussions for the next thirty years. Cleverly, Grant, Gruenwald and Michelinie never actually tell the reader who the father is, but a page in a concurrent issue of X-Men revealed clues that allowed observant readers to draw the right conclusion. That page is included here as an epilogue, where it works rather effectively.

The Yesterday Quest compiles a single story from those issues. Pages that don’t directly concern the tale are omitted, some pages are resized, and credits and titles are removed, so creating something that’s  meant to look as if always intended as a single graphic novel. This works quite well, though one would get the impression that the creative team were perhaps over-fond of single-panel pages. Marvel has rarely done anything similar since, partly because they realized it was cheaper and quicker not to, and partly because many fans want the comics as originally published.

The story is good. The ultimate villain is a bit underwhelming, and largely irrelevant to the core, as Gruenwald and Grant evidently felt this couldn’t be told without a villain to build it around. It’s a shame they didn’t feel more able to break the restrictions of a standard superhero story, but the final resolution is handled in an interesting fashion, and in any case, this is very much about the character beats rather than the fight scenes. With that in mind, one disadvantage of the edited form, and the removal of any and all pages not directly pertinent to the Scarlet Witch/Quicksilver story, is that some of the beats for the other characters don’t quite make sense.

The cover by Steve Epting and Tom Palmer is frankly ugly. Fortunately the interior art by John Byrne and a variety of inkers (mostly Dan Green, but also Klaus Janson – whose style doesn’t clash with Byrne as much as you might expect – and one page of Gene Day) is rather better. Byrne was at his best in this period, and his characters have yet to develop their characteristic hollow cheeks.

The Yesterday Quest is a perfectly acceptable, nay, actually quite good superhero story of the late 1970s, a period that has perhaps slipped into relative obscurity in comparison with the early 1970s and the mid-1980s. However, the later reprint of the same story, Nights of Wundagore, which includes all of the relevant issues, not just the Quicksilver/Scarlet Witch story, is a rather more attractive package. Alternatively everything is also found in Marvel Masterworks: Avengers Vol. 18.