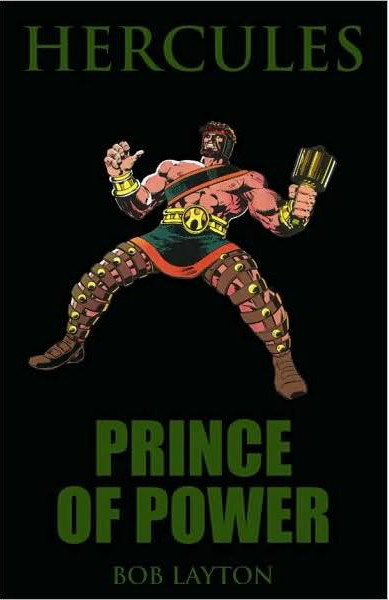 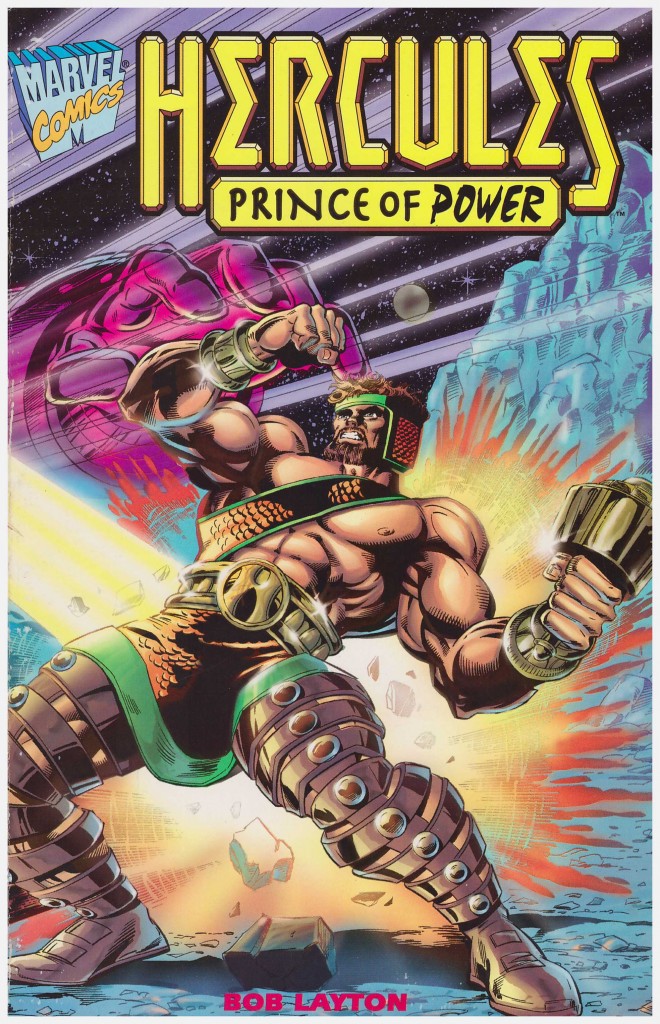 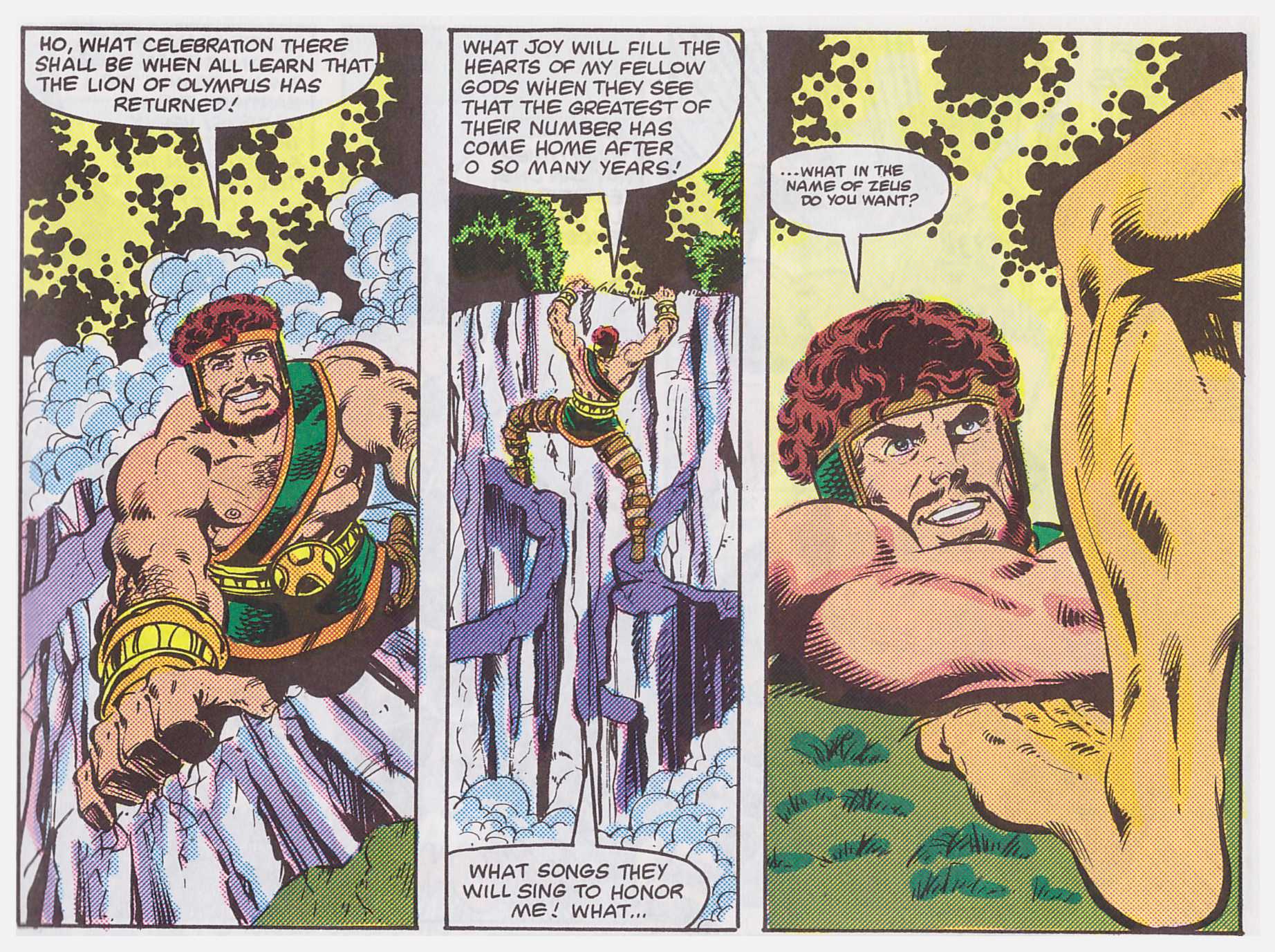 Hercules had spent almost twenty years knocking about the Marvel universe since his first appearance battling Thor, but had never progressed further than occasional member of the Avengers and guest star. Bob Layton changed that with a couple of successful miniseries.

There’s never been any doubting the strength or courage of Hercules, but he isn’t one of life’s great thinkers. When in doubt Hercules piles in, fists flailing, and there’s a lot of doubt as there’s little from which he derives greater enjoyment than bestowing the gift of combat. Unless it’s revelry. As far as revelry goes Hercules is in a class of his own, be it imbibing, carousing or wenching. Layton exaggerated these characteristics still further, presenting a super-strong goon with his heart in the right place trailing his boisterous, larger than life personality around the universe.

Far in the future Hercules returns to Olympus, but is unable to keep the peace during a day of reflective silence, resulting in his banishment from Olympus to learn humility. Assuming he’ll be spending his time on Earth, he’s informed that no humility will be learned among beings to whom he’s a God, so he must journey the stars. Hercules first arrives among the Rigelians, who, intrigued by his legendary status, ask if one of their recorder droids can accompany him to record his exploits. They also make the mistake of permitting him to charge to their account, and off the pair set on the golden chariot of Apollo. What follows is hardly subtle, and Layton’s not the world’s best comic artist, but it still provides a decent complement of laughs and ‘Not Just Another Galactus Story’ lives up to its name.

A successful first miniseries begat a second, also collected here, and that’s when the law of diminishing returns applies. The opening chapter in which an aged Skrull is added to the travelling companionship works well, and Layton manages to predict the plot of Secret Invasion in one of his captions, but it’s downhill from there. A graphic novel titled Full Circle followed.