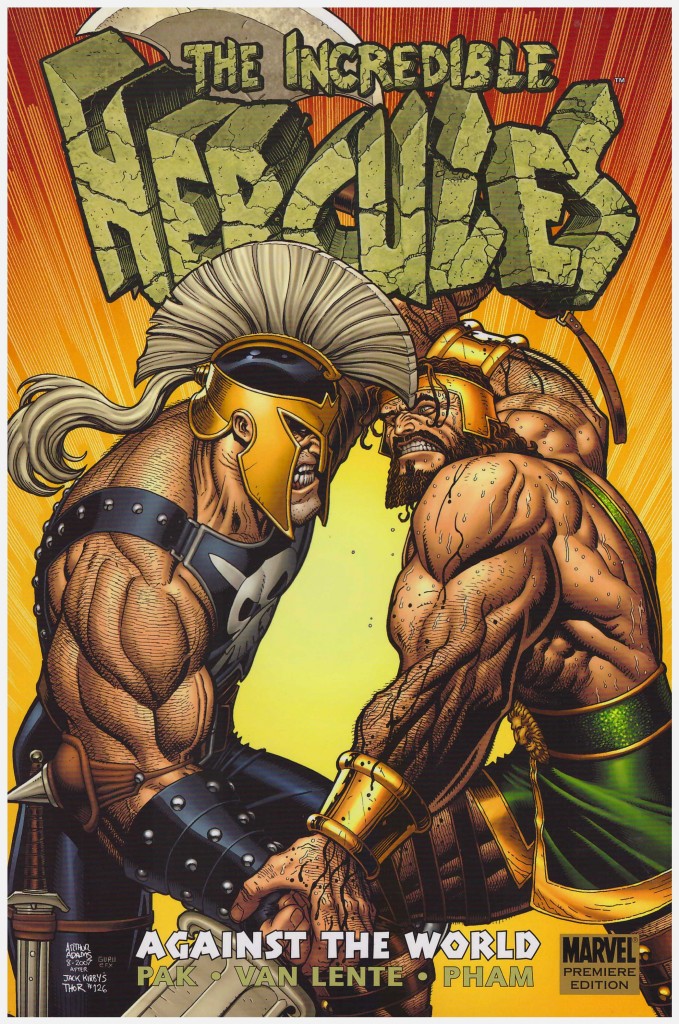 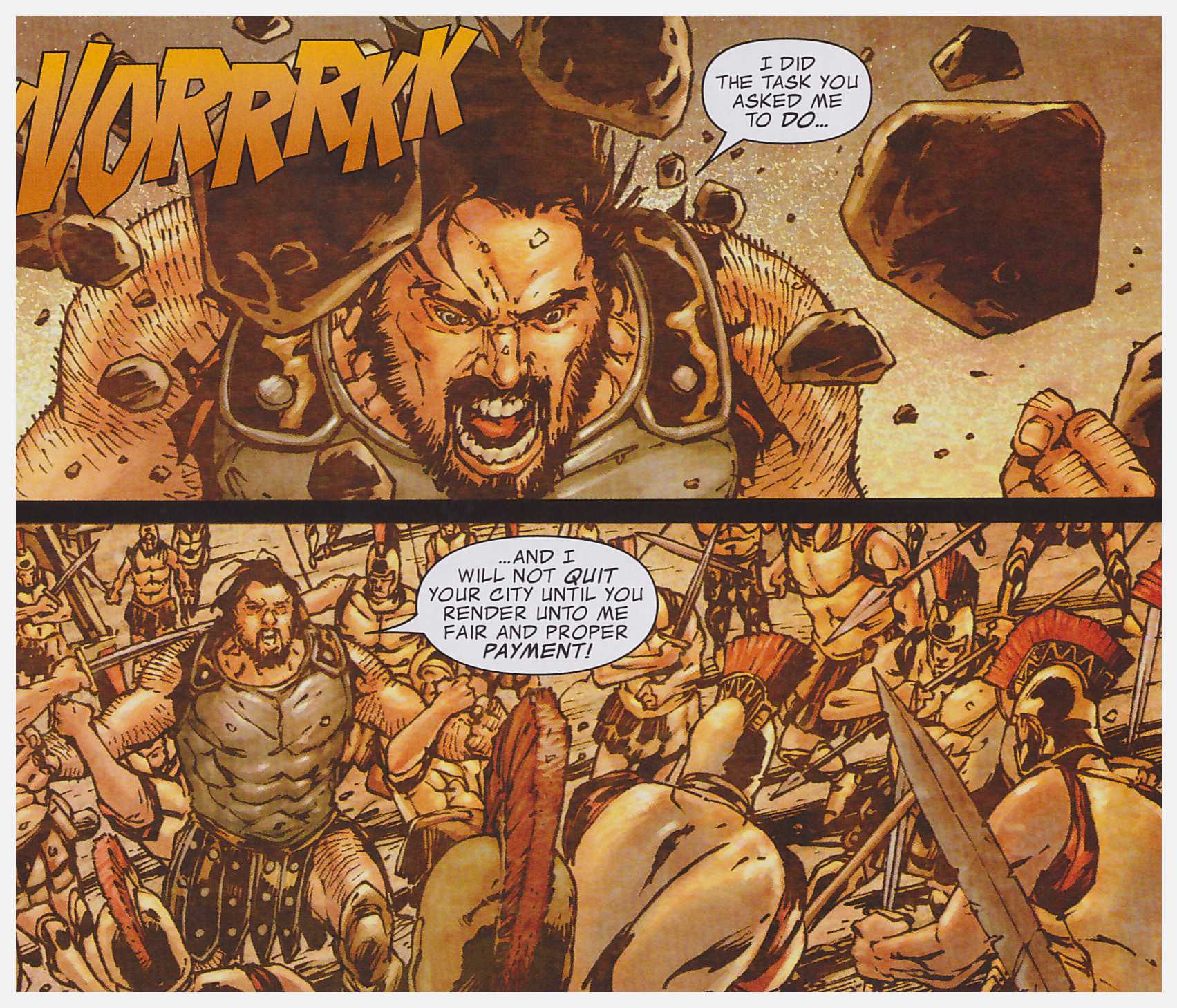 Beyond a brief flurry of interest from Bob Layton in the mid-1980s, Hercules had never been considered a headliner, which made his promotion a full forty years after his introduction somewhat surprising. Surprise or not, writers Greg Pak and Fred Van Lente constructed a largely entertaining series mixing the adventures of the present day Hercules in the Marvel universe with his mythical exploits. He’s accompanied by the teenage Amadeus Cho, officially the seventh smartest person in the world, and previously sidekick to the Hulk.

It’s that period of Cho’s life prompting the events of Against the World. Hercules had been among a group of heroes gathered by Cho who objected to the Hulk’s persecution, resulting in the pair being targeted by law enforcement agency S.H.I.E.L.D. While Hercules initially surrenders, he’s deliberately provoked into rebellion by his brother Ares, then with the Avengers, and a man well aware of his weaknesses. The dangers of letting Cho near a computer system are simultaneously well detailed, and an interesting development is Hercules being forced to become the voice of reason.

Artist Koi Pham isn’t the greatest storyteller, but his action pages pack a punch almost as powerful as Hercules. Plenty of those are thrown in the altogether less satisfactory closing sequence in which an army of artists depict portions of a story in which the Hulk invades Olympus. It’s not required knowledge, but it ties into a far better Avengers story from the 1970s to be found in Avengers Masterworks volume 10, depicting a very different looking Ares up to no good.

Of particular note, both in this volume and throughout the run, are the consistently innovative and amusing recap pages. Necessary in monthly comics, in most collections these are an unwelcome intrusion, but Pak and Van Lente made their mark by clever variations on the theme offering far more than the basic requirement. The series continues with Secret Invasion.