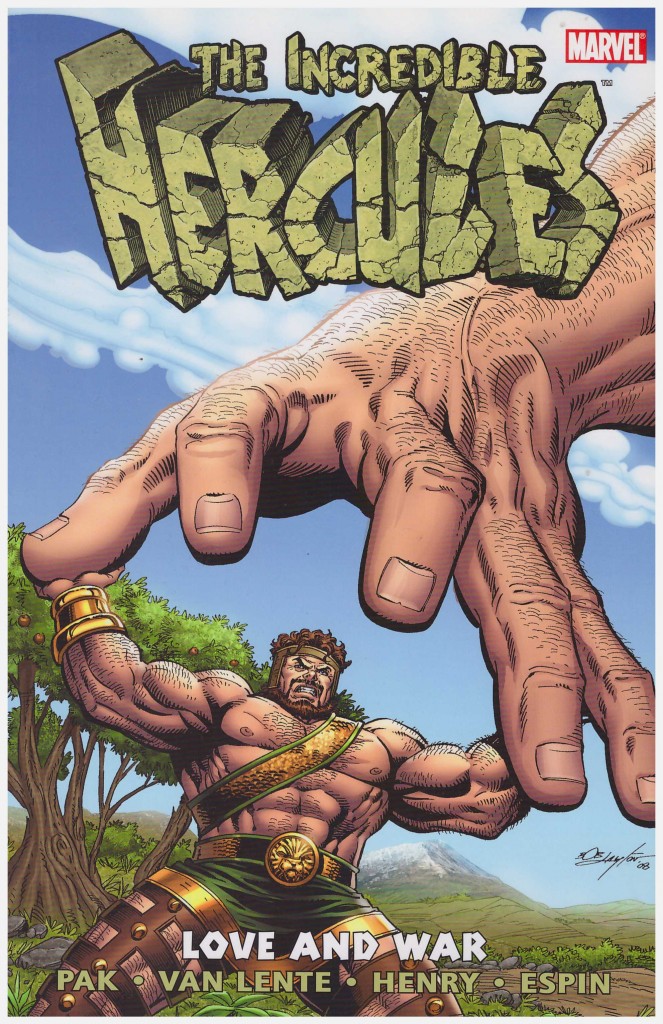 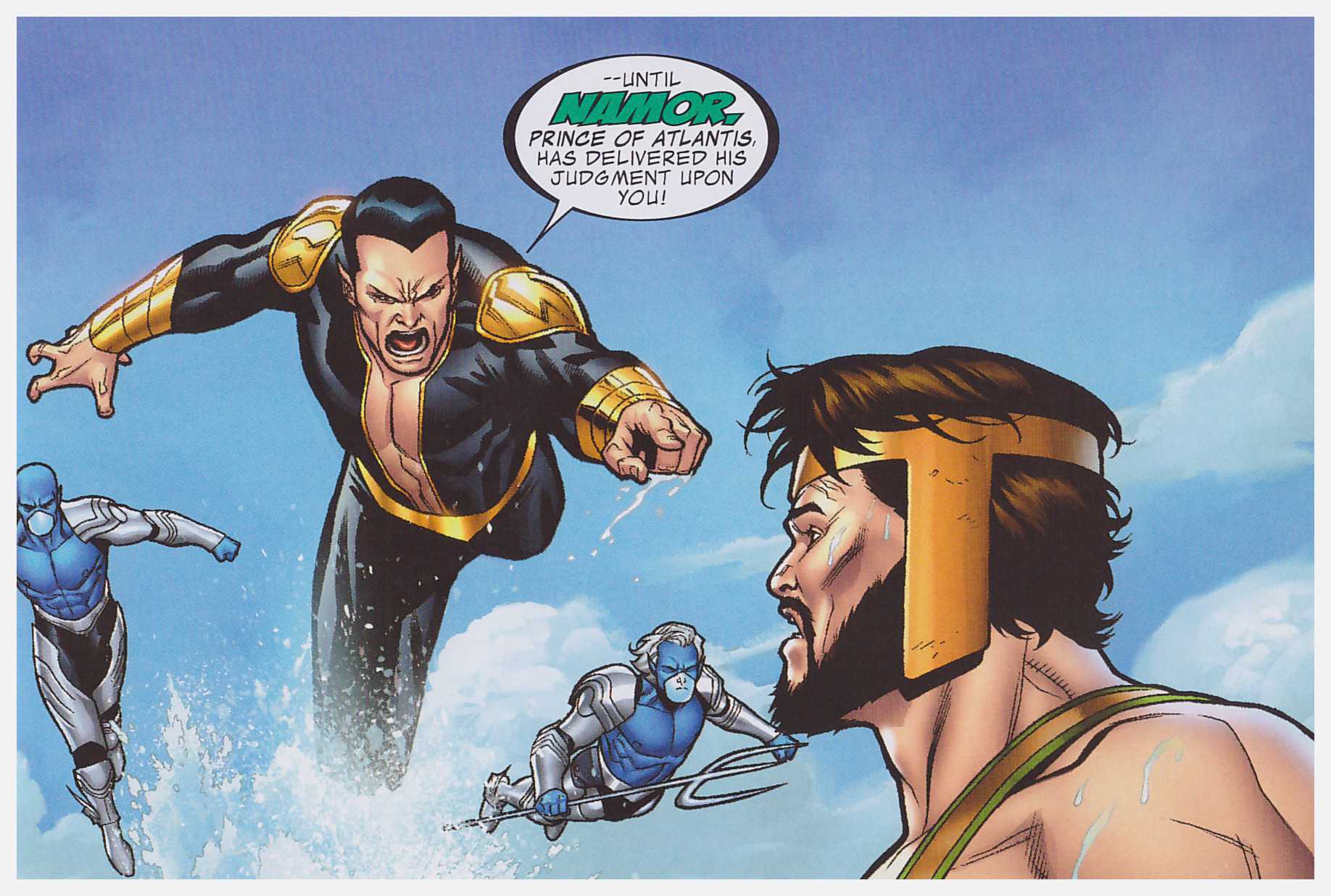 There have in the past been several memorable engagements between the equally hot-tempered and relatively evenly matched Hercules and Namor, King of Atlantis. Even post-battle they’ve rarely seen eye to eye, so the news that Hercules is knocking around with Namor’s cousin Namora is hardly received well in Atlantis. Nor, for that matter, among the Amazons, who have little love for Hercules.

In fact, he’s piling up the enemies. That big hand on the cover belongs to Atlas, known in Greek mythology for maintaining the weight of the world on his shoulders. Not as well known is that Hercules tricked him into the position, so when he’s temporarily freed after the centuries there’s someone he wants a word with. Not that Hercules is the only imperilled male here. At sixteen and with his hormones jumping, Amadeus Cho is willing to put his genius to one side when selected for special treatment by the Amazon leader, but there’s a catch.

Greg Pak and Fred Van Lente supply an excellent blend of comedy, myth and superheroics in one of their best volumes, the more surprising for following their weakest, Secret Invasion. In addition to everything mentioned above they throw in other excellent concepts, such as the diner where the Gods meet, and the Olympus Group, where the Gods have incorporated to further a cause. The leading Amazon Artume has a plan that transforms the world in the final chapter, delivering a well-conceived change of pace along with a few comments on the respective places of men and women in today’s society.

It’s a shame that what’s in essence a four chapter story required two artists, but both Clayton Henry and Salva Espin deliver, with the latter adopting a less frenetic, cartooning style. The following volume is titled Dark Reign, and ties into the crossover storyline also with that name.