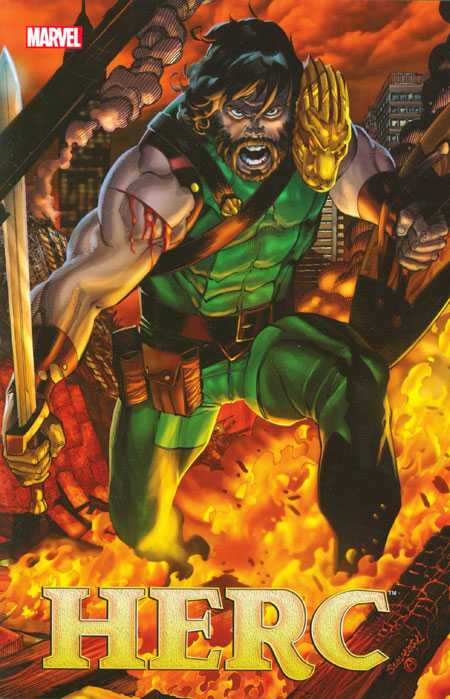 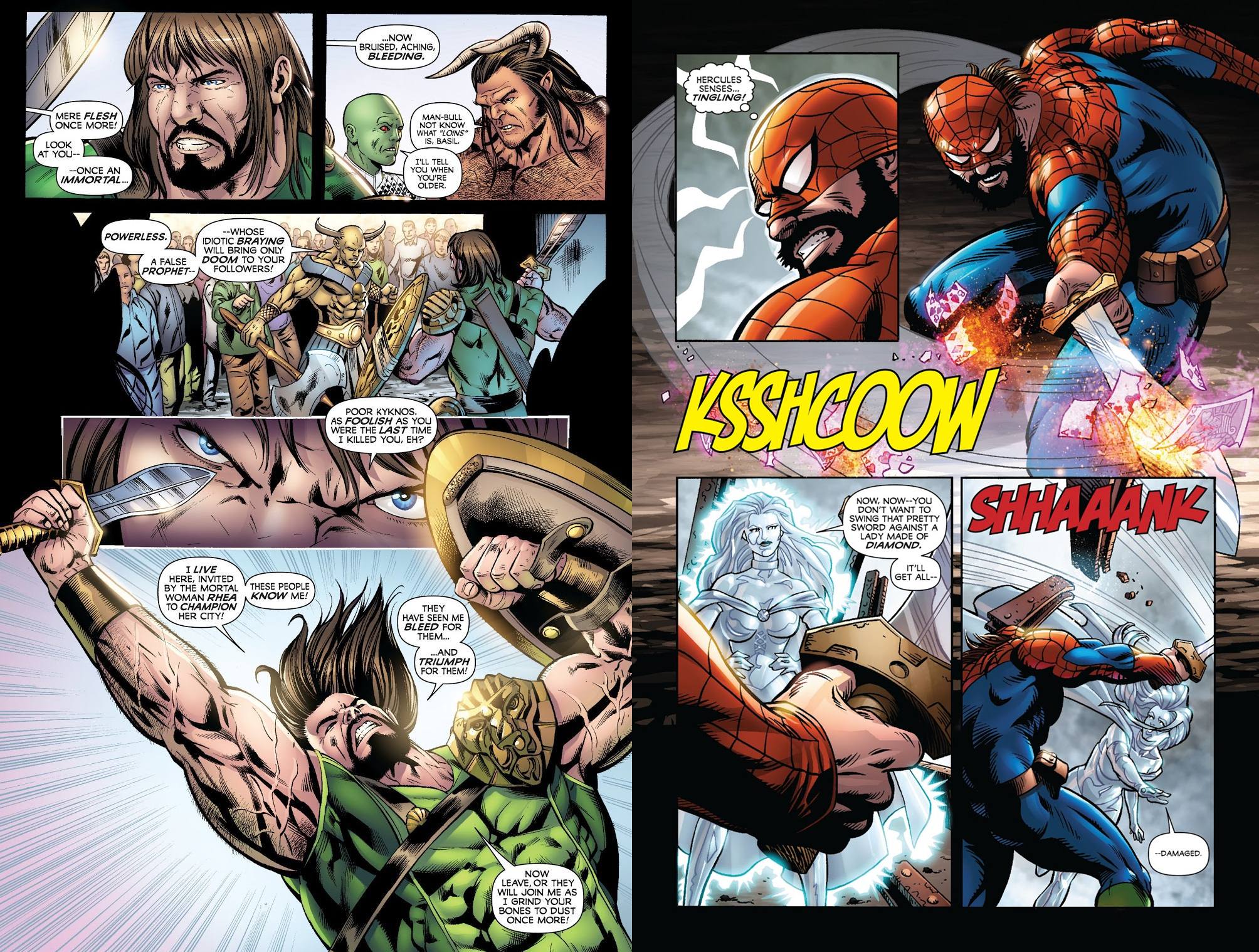 Greg Pak and Fred Van Lente’s Incredible Hercules series was imaginative, inventive and endearing, and there are occasional flashes of that inspiration within the revised incarnation as Herc, but it’s largely absent.

The starting premise is promising. Hercules has sacrificed his godly attributes, but can access divine accoutrements that compensate to some extent. He retains a prodigious strength, but can now be harmed by weapons he’d previously have laughed at, here being stabbed in the back by a child with garden shears. This is as the baser aspects of humanity are brought to the fore during the ‘Fear Itself’ crossover.

Hercules finds some unlikely allies among Marvel’s most ridiculous villains as he fights off his monstrous half-nephew Kyknos, son of Ares, who plans to restore his father from Hades. This is all part of what began as Hercules playing the shining knight to protect a restaurant owner from thugs representing vested interests who want him to relocate, followed up by the Hobgoblin. Playing Hercules off the restaurateur’s family works well, and Neil Edwards’ illustration over the opening sequence (sample left) is suitably dynamic, but the entire tale lacks the spirit of the earlier series. The bad news is that this is Herc‘s better material.

June Brigman’s art (sample right) is the only bright spot of the nonsense that is Hercules transformed into half-man, half-spider and pitched against the X-Men, and even decent art is out the window with David Hahn’s distortions in the next sequence when Elektra comes calling. For this Hercules is saddled with a corpulent incarnation of his father Zeus, now also bereft of his powers after some unexplained mystical jiggery-pokety on Hera’s part. This only serves to remind how the Hercules and Zeus pairing in his previous series worked so well.

The one success here also reminds what Pak and Van Lente previously supplied as there’s a re-cap chapter with Hermes as the narrative focus, and drawn by Mike Grell obviously thoroughly enjoying himself. All in all, though, one wonders if Pak and Van Lente lost their powers along with Hercules.