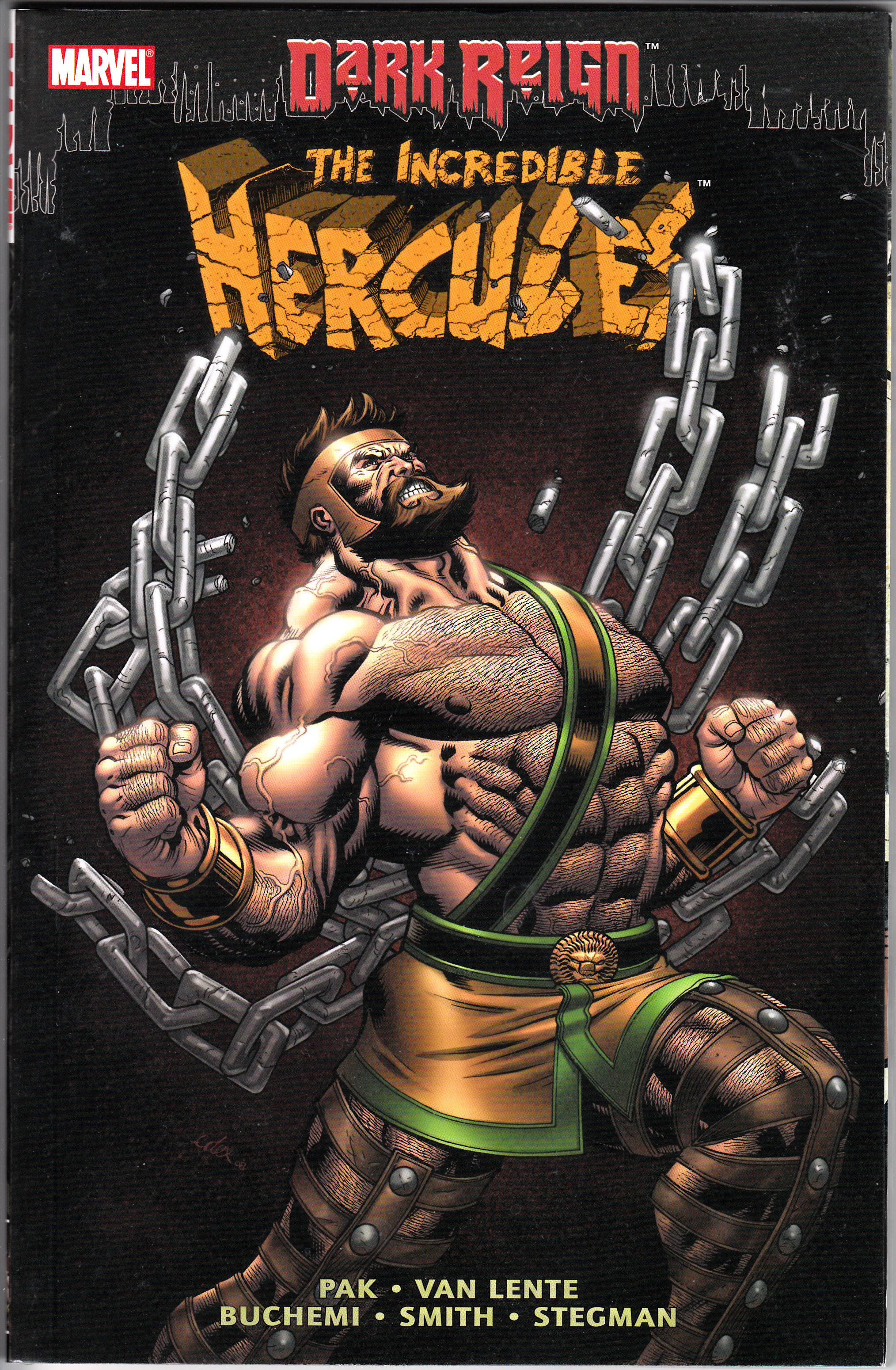 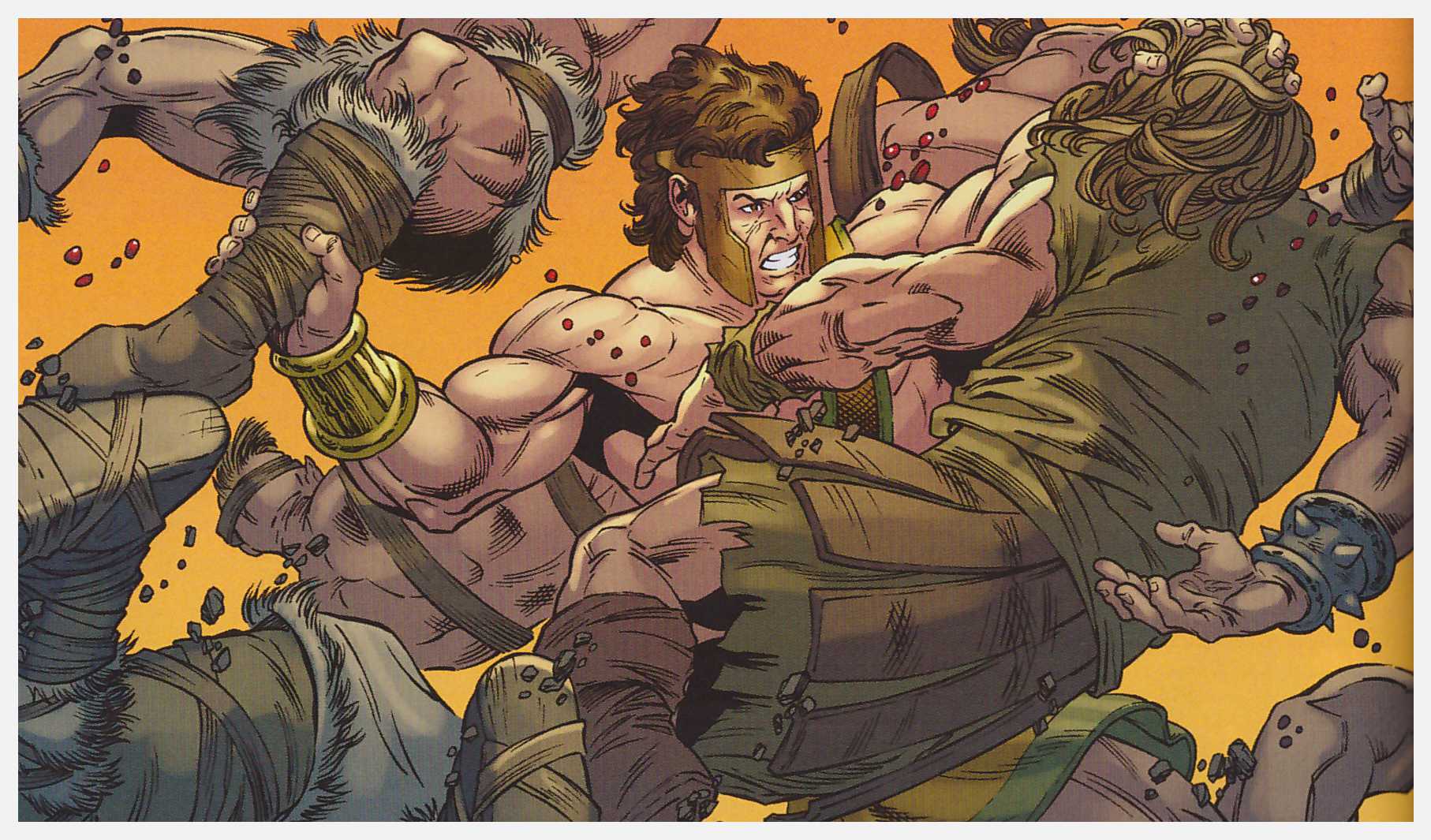 The Dark Reign title indicates a crossover, as the security of the USA is entrusted to Norman Osborn and his team of Dark Avengers. Osborn appears here in splendidly obnoxious fashion, not quite grasping exactly what he’s messing with, but this volume is more about revealing secrets and delivering surprises than tying in with crossovers. For instance, Hercules’ wife has a part to play here and she’ll have a greater role in the future.

The one consistent problem with Incredible Hercules is keeping artists. There are another four over the seven chapters in this volume, although Rodney Buchemi would draw more of the series than anyone else. He illustrates the opening sequence as Hercules comes of age with his adoptive parents in Greece, and his style is more open and appealing than Dietrich Smith’s standard Marvel superhero distortion or Ryan Stegman’s clutter. Takeshi Miyazawa illustrates an emotive shorter piece as Amadeus Cho comes to terms with the death of his coyote pup.

A speciality for Hercules is blundering in, and writers Greg Pak and Fred Van Lente ensure he does plenty of that. That’s the best course of action when it comes to the Olympus Group, but the same methods among the dead have consequences, not least for Zeus. Hercules also has to battle against his less appealing characteristics, which is tougher in even practice than in principle. Among all that, it’s revealed how Hercules become a god, as ever, not as straightforward as it may seem.

What it means to be a God is an undercurrent throughout this series, occasionally forcing its way into the foreground as in the later pages here. Not everyone’s happy with Zeus, and while Hercules may have his own misgivings, he’s a dutiful son and springs to his father’s defence. Zeus, however, cares little for the considerations of others, delivering a forthright lecture on how he views his place in the scheme of things. It’s a powerful sequence that underpins how Pak and Van Lente portray the assorted immortals throughout the series.

Being among the world’s smartest beings, Cho is still a sucker for a pretty face, but also quicker than Hercules to spot a trap. The conclusion delivers a surprise, and a new companion for Hercules, which is picked up in The Mighty Thorcules. This isn’t quite as engaging as the previous volume Love and War, but delivers enough comedy, action and surprises to be worth reading. 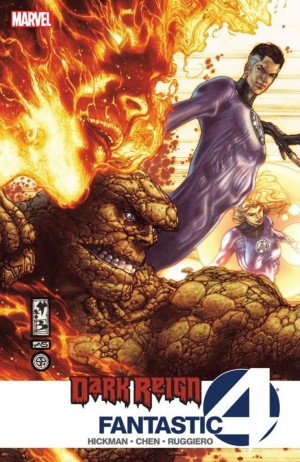