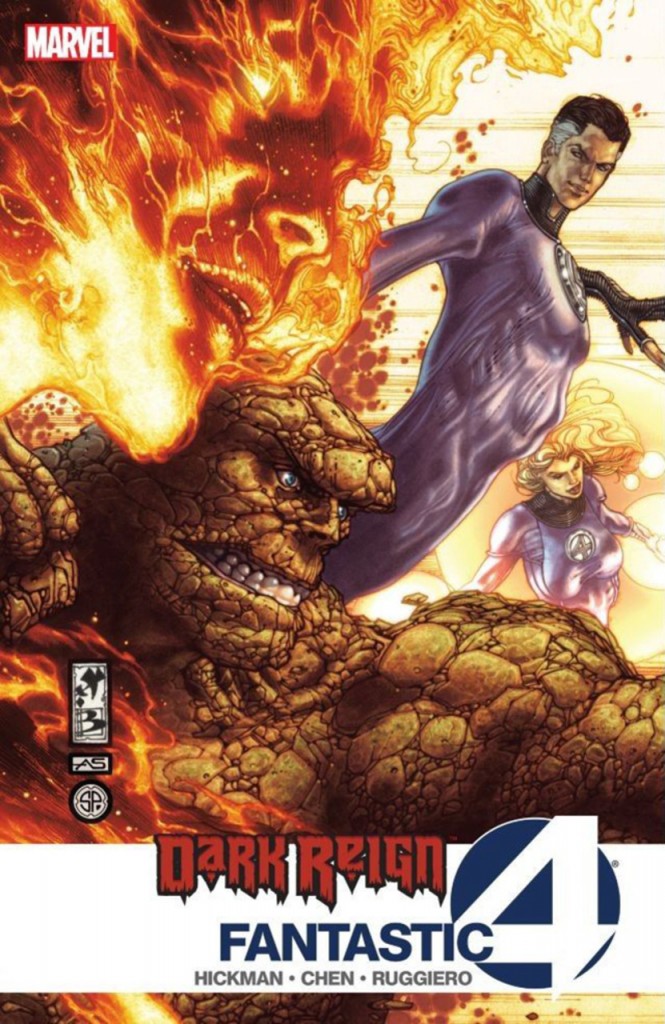 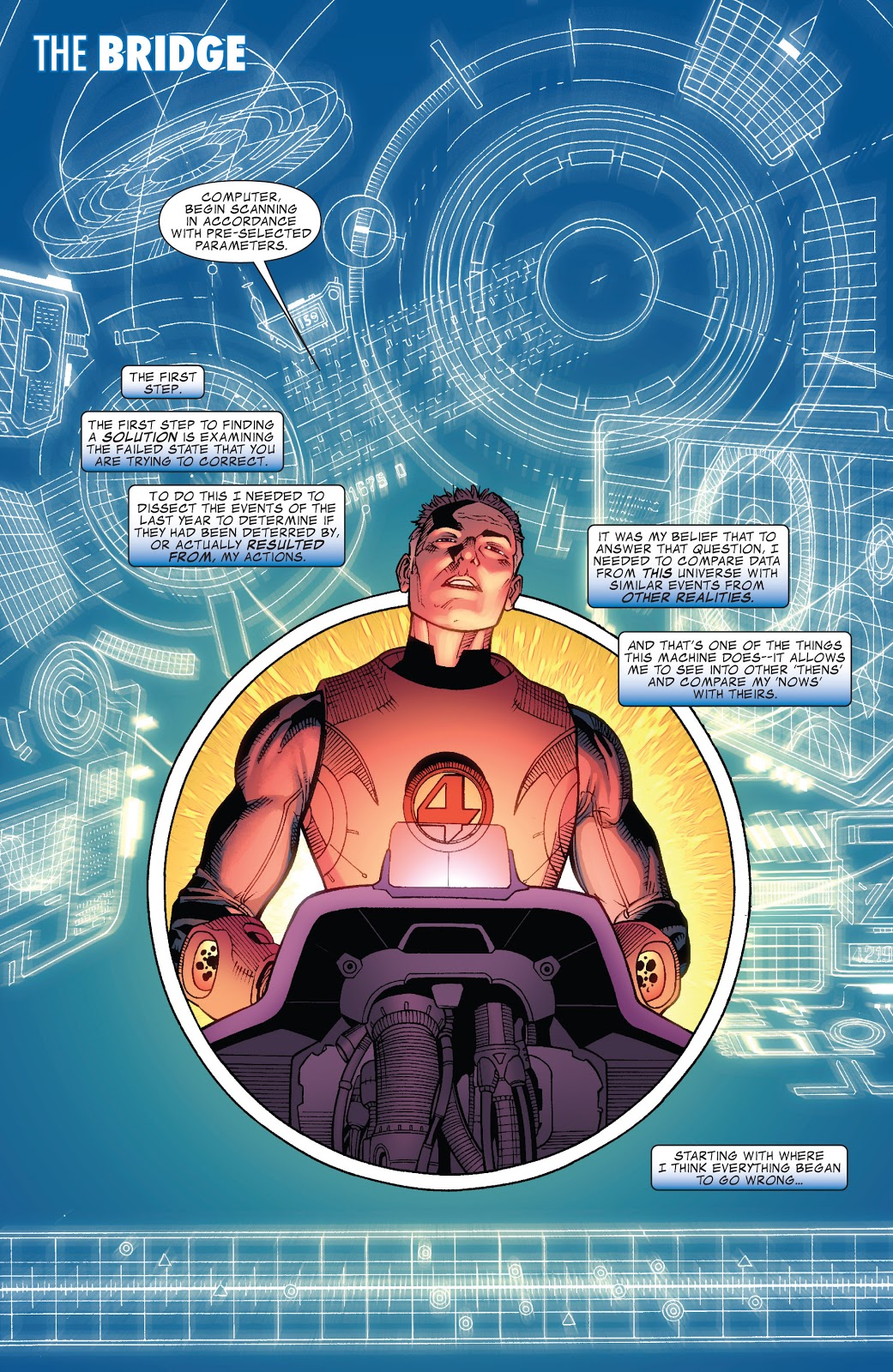 Those wanting any great insight into the ‘Dark Reign’ story that occupied much of Marvel’s output during the summer of 2009 aren’t going to find it here. If anything this is more a prelude to writer Jonathan Hickman’s Fantastic Four tenure. The character prioritised for the early portion of that run was Reed Richards, and so it is here. Hickman’s Reed is the genius-level intellect constantly striving for a better humanity, in this instance searching for an alternative outcome to the civil war between superheroes and the subsequent Skrull secret invasion via sifting through the data accumulated from tapping into millions of alternate universes. The parameters are to discover a more palatable here and now than his current situation.

That leaves the remainder of the Fantastic Four at rather a loose end, so a power glitch sends them back in time gradually propelling themselves forward through means unknown, meeting alternative versions of themselves. A medieval Thing declaring “Milady, tis the clobbering hour” raises a smile, but this is very much a secondary plot to keep the remainder of the team occupied. That it’s not of any great interest to the writer comes across.

Sean Chen has turned out superior superhero art for years, and this is no exception. The plot of the Fantastic Four moving through alternate timelines may be of no interest to Hickman, but Chen knocks himself out delivering dinosaurs, pirates, World War II bombers and alternate versions of Marvel characters. If there’s a minor caveat it’s that he never quite captures The Thing, providing a smaller than usual head, but it’s well within the bounds of artistic interpretation.

A third plot thread occupies Franklin and Valeria Richards, alone in the Baxter Building under imminent threat of invasion from Norman Osborn’s storm troopers, and this is handled with some wit. There is however, one surprising and well-delivered moment that has no explanation here. Those joining the dots reading Hickman’s later Fantastic Four material can figure it out, but it short-changes anyone just buying this collection.

This is also included in volume one of the Fantastic Four by Jonathan Hickman Omnibus.