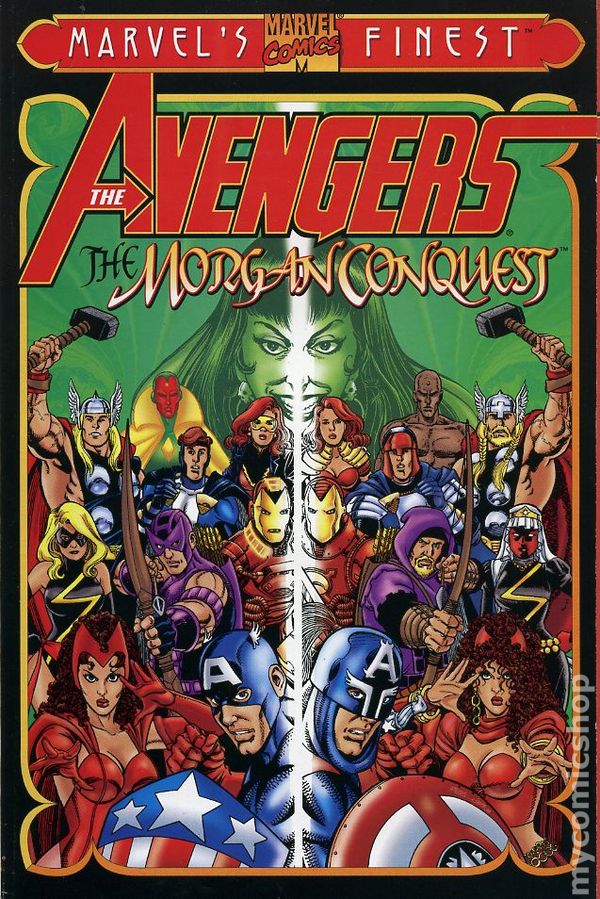 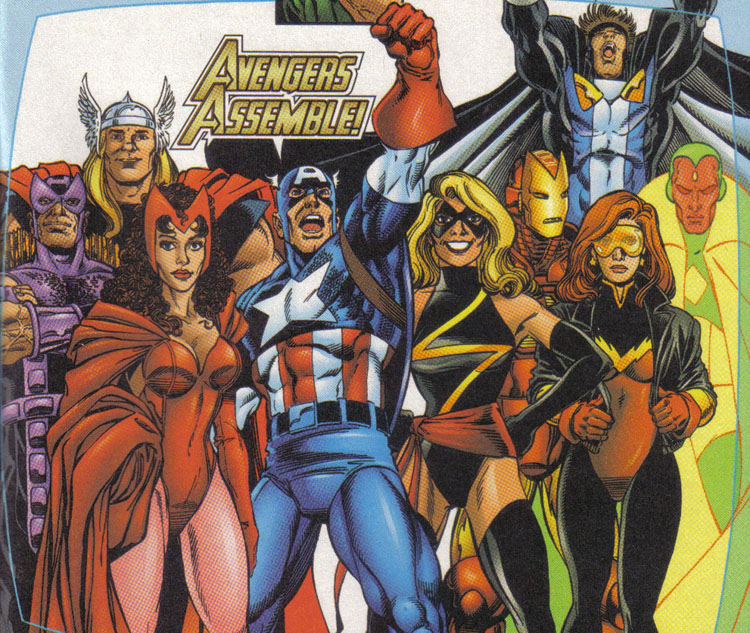 This collects the opening story from the 1998 Avengers relaunch. Writer Kurt Busiek had shown his affinity for Marvel’s heroes in Marvels, and artist George Pérez was a long-time Avengers favourite. The Morgan Conquest unites nearly everyone who had been part of the Avengers – even the dead members and those in different historical time zones get a single panel. A few, such as Spider-Man, don’t stay on for the main story, but those that do (thirty-nine of them) find themselves in a medieval reality created by the sorceress Morgan Le Fay, a development that Pérez relishes, creating new costumes for the entire team. The volume concludes with a story where the Avengers rationalise their membership to a more manageable level.

A criticism often made of Busiek’s Avengers is that they are essentially derivative. This is true. The denouement of the Morgan story is lifted from Steven Grant and Mark Gruenwald’s Nights of Wundagore. To many readers, however, that was precisely the appeal. Throughout the 1980s and especially the 1990s, Avengers had been deep in the doldrums, and a progressively less pleasant experience. Busiek set out to restore the values intrinsic to Avengers in the 1960s and 1970s, whilst still being relatively modern, and it has to be said that he succeeded. There’s also a degree of freshness and dynamism, via the introduction of Justice and Firestar.

Busiek is helped by some glorious artwork from Pérez, who lets his obsession with detail run riot throughout these pages. The two decades that Pérez had been away from the title were years in which he had honed his art on Teen Titans and Wonder Woman, and these were the best-looking Avengers comics that anyone had seen in a very long time. Arguably the scripts don’t quite match the artwork, but The Morgan Conguest remains good, enjoyable superhero comics.

This is also collected with the following volume Supreme Justice in the oversize hardback Avengers Assemble volume 1, and can also be found in Avengers by Kurt Busiek and George Pérez Omnibus. 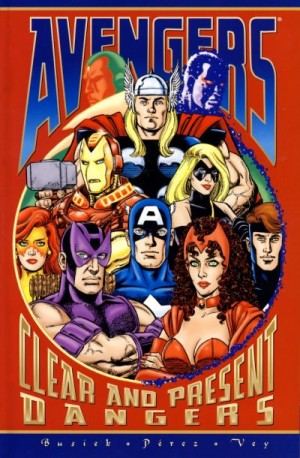