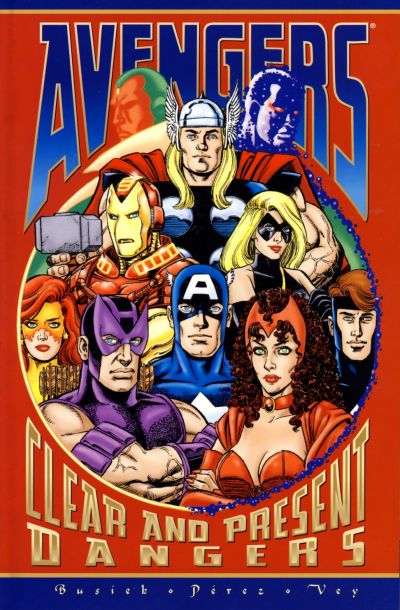 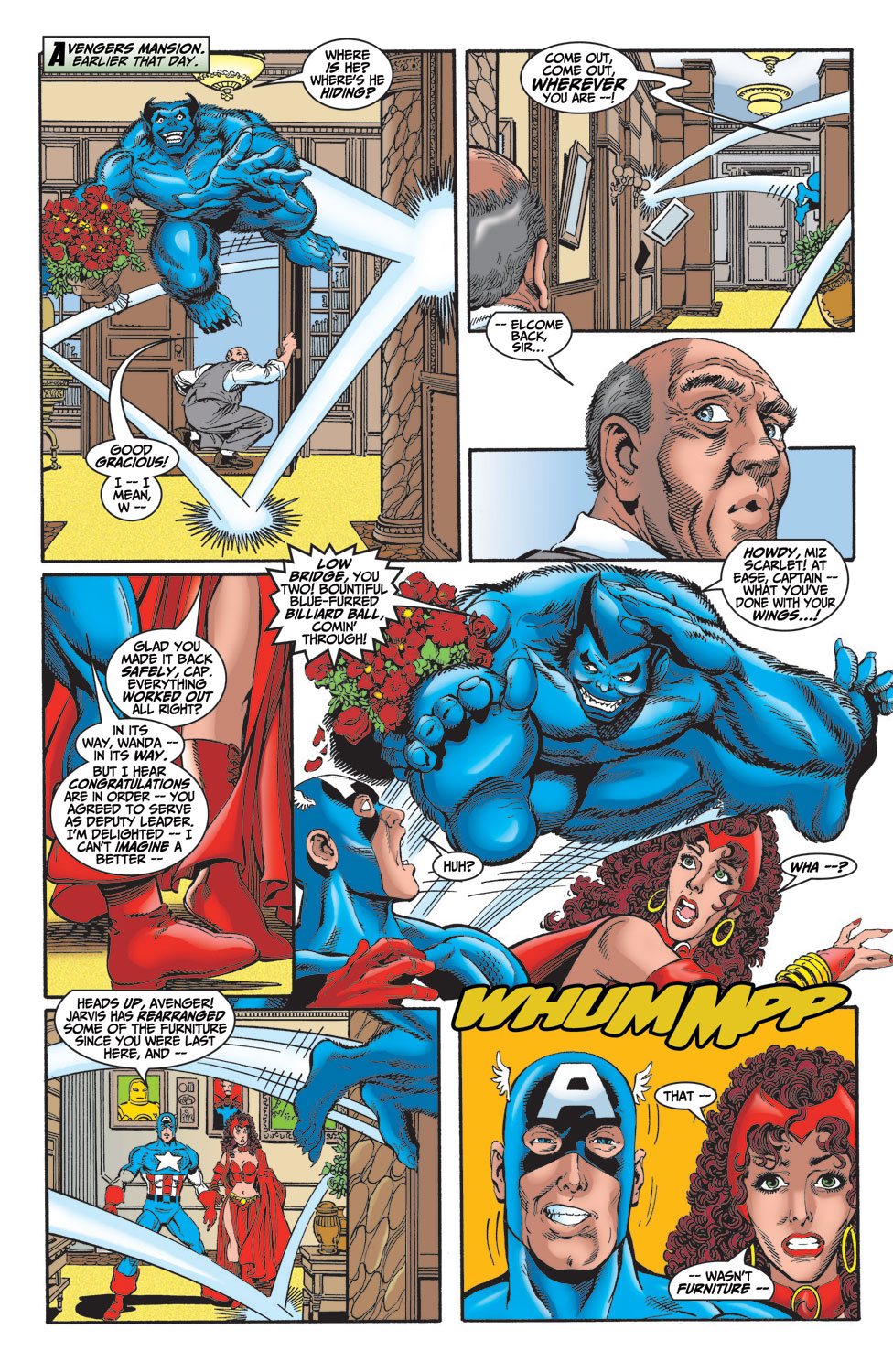 This third volume collecting Kurt Busiek and George Pérez’s late 1990s Avengers is in many ways the most satisfying volume up to this point. Unlike The Morgan Conquest, it is not centred around a stunt story designed to include as many Avengers as possible. Unlike Supreme Justice, the art is Pérez throughout.

The nature of the stories allow a feel for a regular superhero team series, as the plots and subplots intertwine. There’s no one single thead running through here, but a series of individual tales. Moses Magnum is fought. Silverclaw is introduced. There’s an Avengers Day that allows Busiek to celebrate 35-five years of The Avengers and to recap a lot of Avengers history, while the current team take on their dead ex-members. Giant-Man and the Wasp return. The Scarlet Witch explores her abilities, and sets on the road of expanded chaos magical powers that would lead later writers to treat her as a danger requiring pinned back. She also revives Wonder Man properly from the dead. There are team-ups with the Thunderbolts and the New Warriors. Justice and Firestar adjust to their roles as Avengers. There’s a fourth-wall breaking story in which the Beast returns. On the other hand, these tales do see the beginning of the long-running Triune Understanding plot, which dragged on for far too long, and was never that interesting. The volume ends with a cliff-hanger lead in to the Ultron Unlimited story.

Pérez’s art remains at a high standard. He can be incredibly detailed, whilst making the many superheroes appear believable. Al Vey’s finishes suit Pérez’s pencils, and the printing here presents the artwork attractively. Busiek’s writing is also never less than competent. He’s not exploring new ground, but he and Pérez are providing the readers with what they want: well-written stories crafted in a traditional Avengers style.

This is also available in two hardback books, within volume one of The Avengers by Kurt Busiek & George Pérez Omnibus and the first and second volumes of Avengers Assemble.