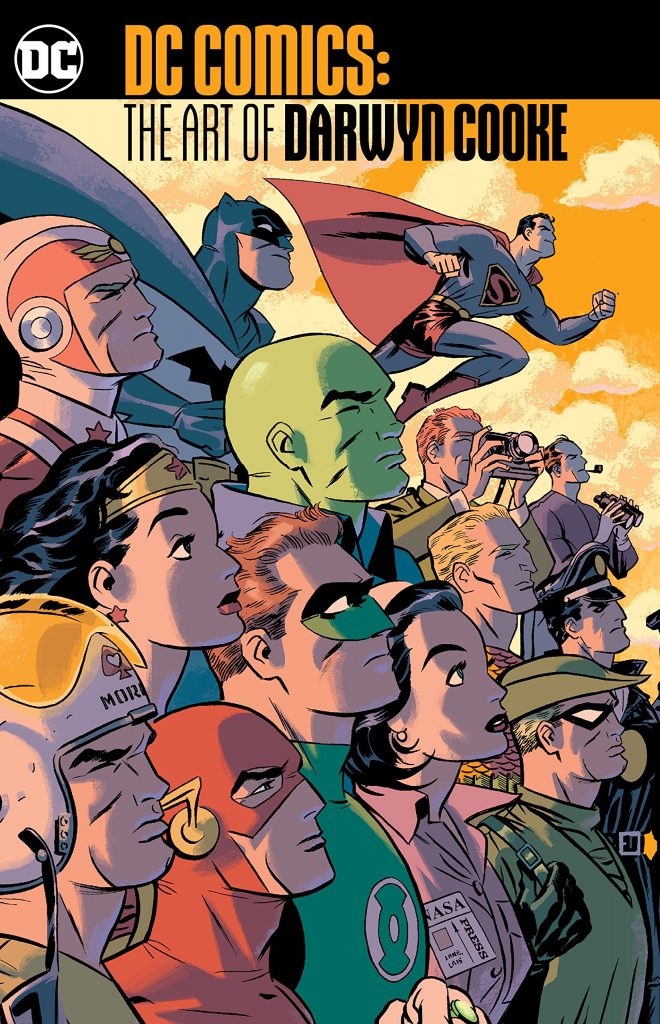 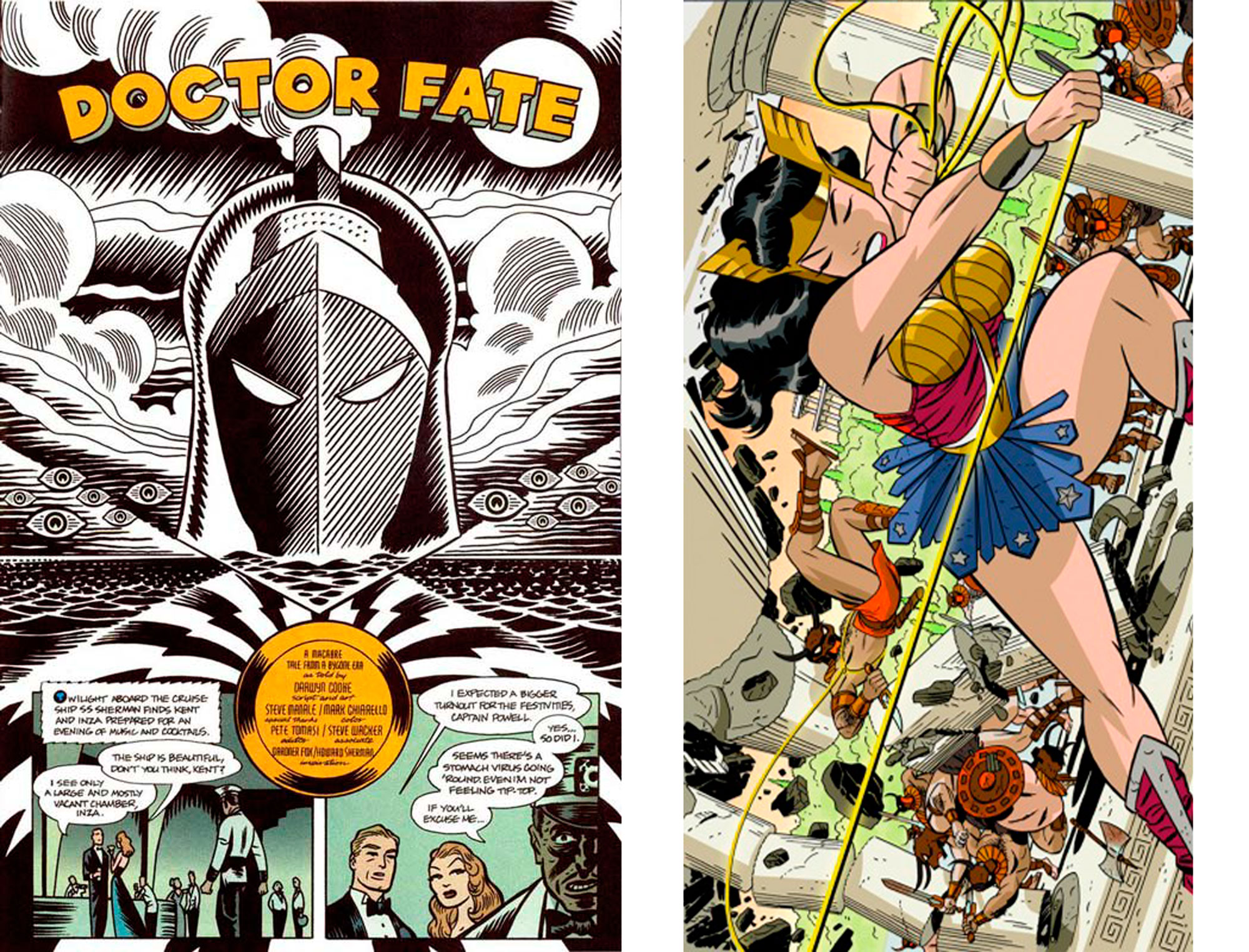 The Art of Darwyn Cooke features 408 pages of comic strips and cover art from the career of the distinctive stylist and Eisner Award-winning creator, from his earliest work for DC in 1985 to stories and dozens of covers created in 2015.  This trade paperback is essentially a reprint of the oversized hardcover Graphic Ink: The DC Comics Art Of Darwyn Cooke from 2015, but with additional covers not collected there. It also fixes the main problem with that edition: a layout which took no steps to work with very tight binding caused all the many full-page images, wraparound covers, spreads and pin-ups to lose large sections of the art in the centre of the book. The layout here is vastly improved by not printing double-page images across a spread. The art is smaller as a result but you can see complete images without any cropping issues.

The contents of this volume span thirty years, but that’s just a technicality: ‘The Private Eye’ from Talent Showcase 19 (1985) is basically a footnote, a long time before Cooke becomes the artist that is recognisable from the cover of this collection. The work you are here to read begins fifteen years later with ‘Toyman’s Christmas List’ from 2000 and ends with the Harley Quinn story ‘Killin’ Time’ from 2015. These are accompanied by galleries of the covers and pin-ups Cooke drew for various DC comics. Especially great to see are the 23 variant covers drawn as a set for all the issues published by DC Comics in their Theme Month in 2014. These are extra special by virtue of being designed as wrap-around images which gave all the comics a distinctive group identity with some unusual compositions. As noted, these are arranged in landscape format to present them uncropped so you’ll have to turn the book sideways to enjoy them.

This collection can’t fail to satisfy any fan of Darwyn Cooke. It doesn’t have everything he did for DC but his other Catwoman and Batman books aren’t hard to find. Just add The New Frontier, whether in Black Label, bigger Deluxe Edition or biggest Absolute Edition size to your list and you’ll have everything you need.