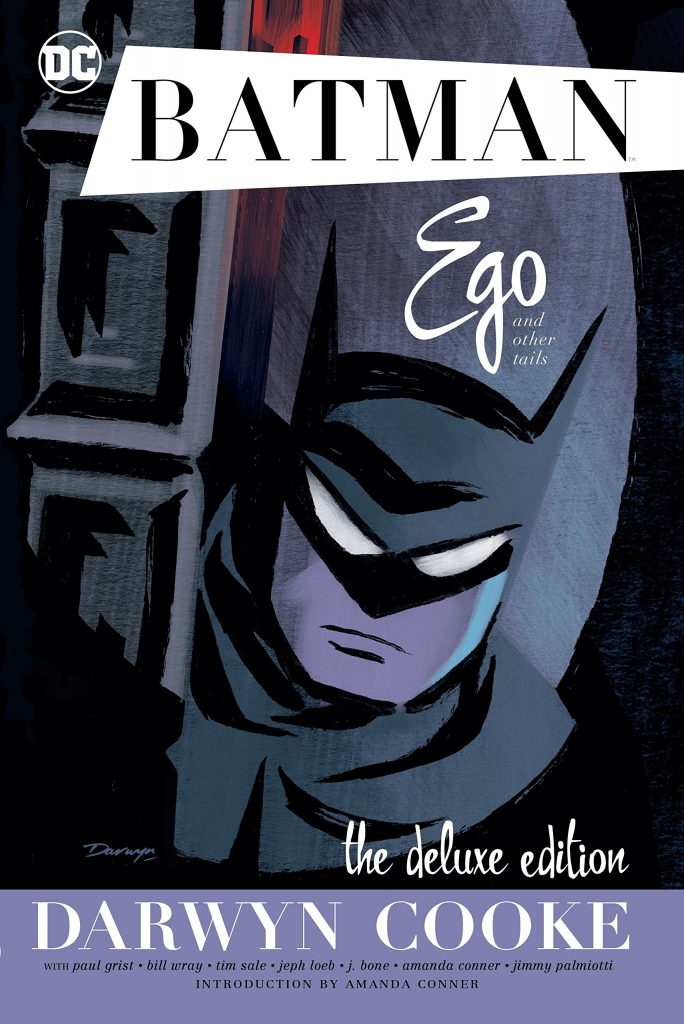 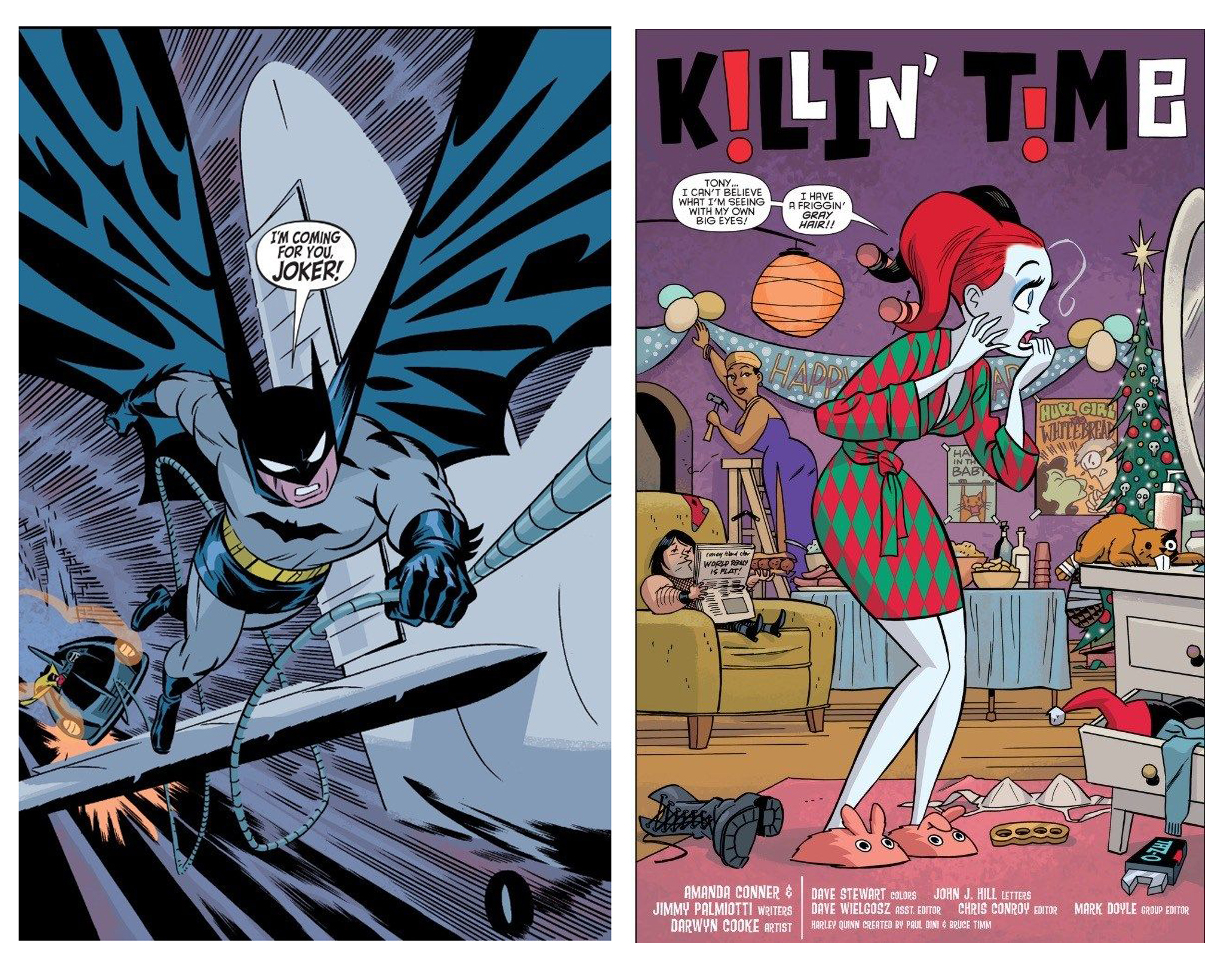 The first edition of Batman: Ego and Other Tails published in 2008 collected almost all of Darwyn Cooke’s Batman-related stories in one volume, featuring the two graphic novels Batman: Ego, and Catwoman: Selina’s Big Score, plus short stories written and/or drawn by Cooke working with Paul Grist, Tim Sale and Bill Wray, from Batman: Black & White and Solo. It featured an intro written by Cooke plus other artwork including two covers for Batman: Gotham Adventures and a Solo ‘dreamgirl pinup’.

Darwyn Cooke died from lung cancer in 2016, and this Deluxe Edition published in 2018 is introduced by friend and collaborator Amanda Conner, with some personal anecdotes reflecting on the work of this hugely talented man commemorated in this book. A considerable amount of material has been appended to the original selection with stories and covers created since 2008, such as the Batman and Spirit team-up story ‘Crime Convention’, and a Harley Quinn Holiday Special story ‘Killin’ Time’. Seven variant covers for Batman, Detective, Batgirl, Batman and Robin, Catwoman, Batman/Superman and Harley Quinn are all two-page wraparound poster-style images which look especially lovely presented as a group. These are followed by two cover images created for two volumes of Batman: The Golden Age Omnibus. The intro that Cooke wrote for the previous edition is featured as a somewhat bittersweet afterword, especially since he ends his commentary in the certain knowledge he’d be drawing Batman again. There is a short biography to wrap up this revised collection.

Batman: Ego and Other Tails Deluxe Edition not only includes eighty pages more art and stories than the previous edition but is also bigger by around 30 mm, so this is a more attractive package for fans of Darwyn Cooke, and a worthy memorial collection for this sadly missed creator.