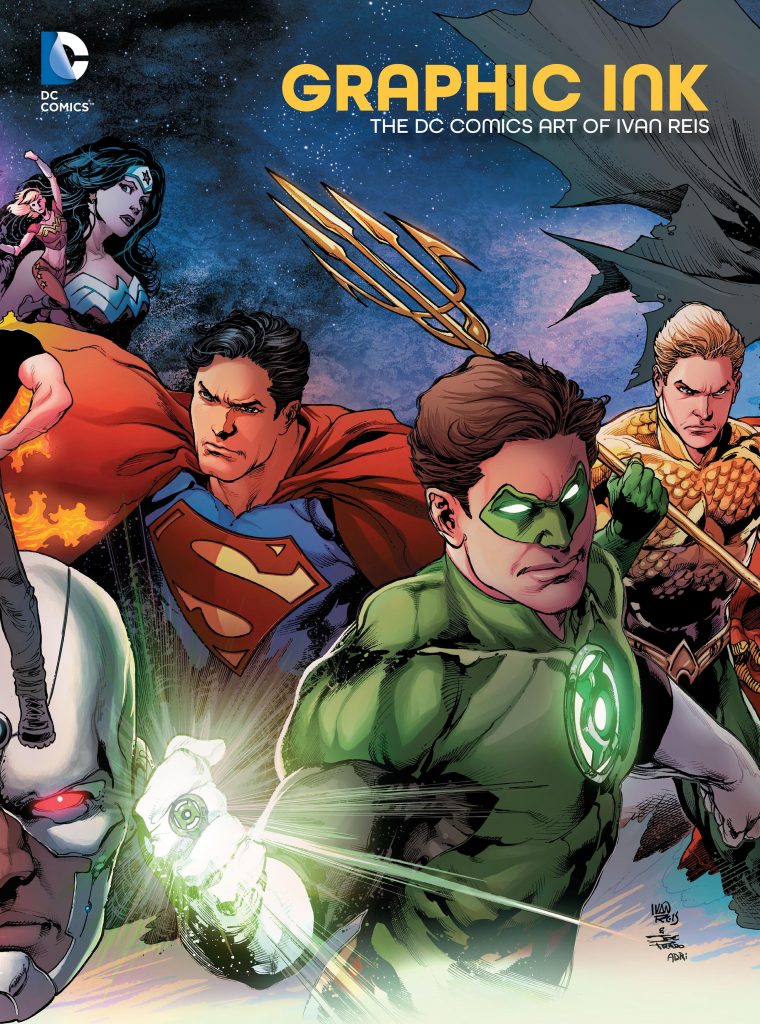 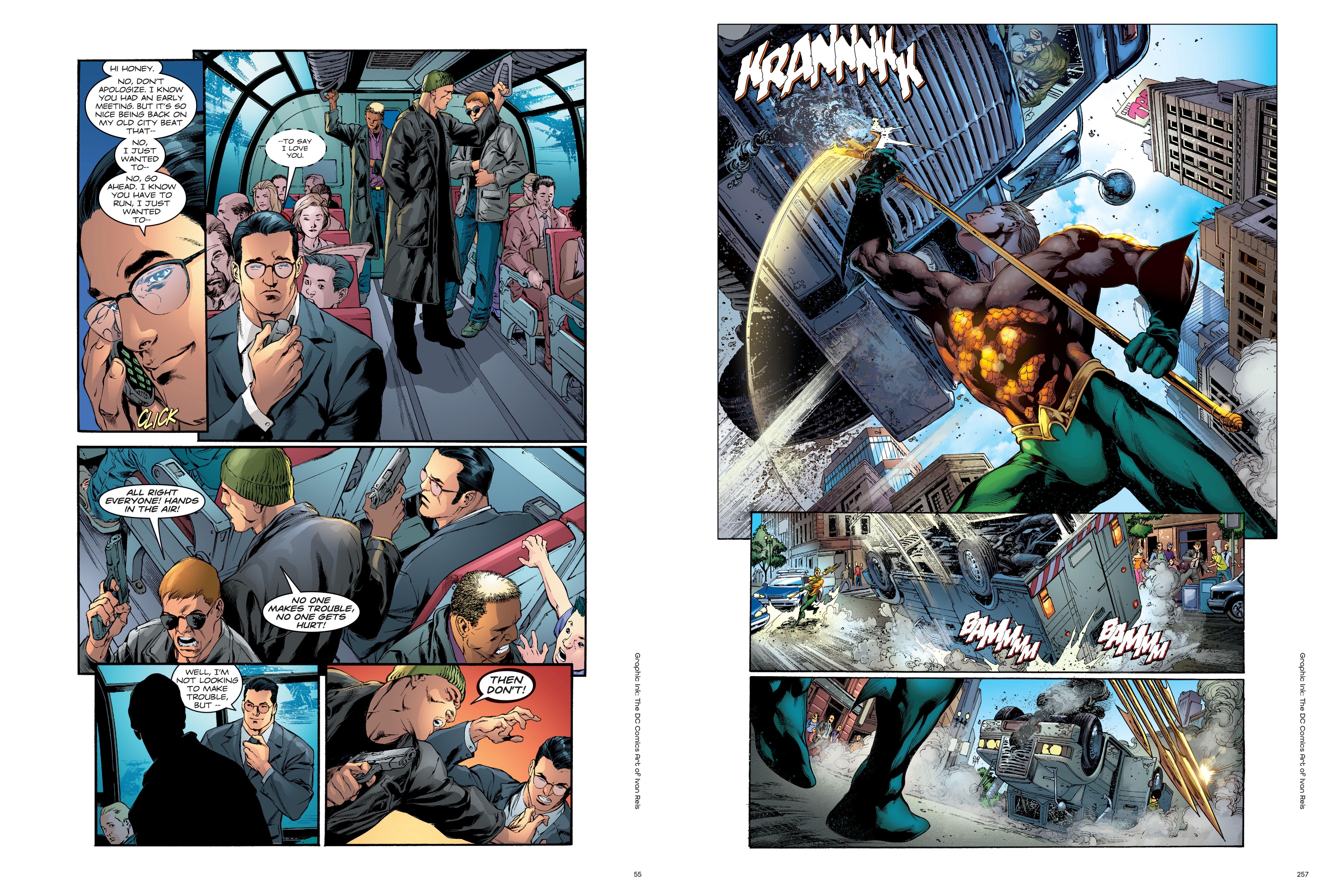 As seen in so many process explanations added to graphic novels, when laying out comics, most artists produce rough thumbnail sketches. DC editor Eddie Berganza’s introduction to this hardcover celebration of Ivan Reis’ work reveals that he doesn’t need that stage, he visualises everything in his head and begins drawing, from the top of the page to the bottom. It’s not a unique skill, but isn’t far away. That alone, however, doesn’t explain the sheer dynamism of Reis’ superhero art. That’s obvious on so many pages, but what’s equally important and often unsung is how good an artist is when there are no costumes. The sample page of Clark Kent exemplifies Reis’ skill, the viewpoints interesting, the eye drawn to Kent in every panel, and work applied to establish the scene. Look at the effort Reis has put in to the seats. It also reveals how good he is with expressions. Provided you’re aware Kent is Superman, it’s possible to know what he’s thinking in every panel from his expression alone.

Because Reis is so intimately associated with superhero strips, it’s a surprise to see his earliest DC work being Grant Morrison’s self-referential Invisibles series. It’s good, everything that needs to be there is there, but this is strictly for art admiration purposes only as without the surrounding chapters or knowledge of the cast, the single episode makes little sense.

This is possibly by way of throwing readers in at the deep end. Unlike other artists given a Graphic Ink collection, Reis has worked primarily on series, not self-contained stories, so a constant theme is fragments of stories instead of anything complete. At least the Teen Titans and Legion crossover is the concluding part. Deeper in we have a conversation about Aquaman being dead, followed by a really nicely illustrated Aquaman story, a rare self contained piece, and although part of something bigger, Reis’ Multiversity collaboration with Morrison reads nicely on its own.

Although Reis works with plenty of others, it’s Geoff Johns whose writing is most represented here, and even in this small selection it’s apparent how good he is at including moments giving new insights into long-running characters. In the case of Wonder Woman and glasses he’s reviving an old tradition and sells it with charm, but his work on assorted Green Lanterns is good, and there’s a fantastic Aquaman sequence in which the King of Atlantis is confronted with his perception as second rate on Earth.

A significantly greater proportion of the page count than in other Graphic Ink collections, just under a third of the total, is given over to cover reproductions. It’s not surprising to see Reis as confident and accomplished with a single representative image as he is with storytelling. As far as that goes, for some reason the Justice League story is presented in black and white, but what it shows, if there’s any doubt, that Reis delivers everything on the page. There’s no need for colour manipulation to make his art shine.

If there’s a quibble to be raised, it’s that Reis works almost exclusively on superhero material, so this selection lacks the variety of the Darwyn Cooke or Frank Quitely collections. However, he’s also a first rate talent within his field, and admirers aren’t going to be disappointed.